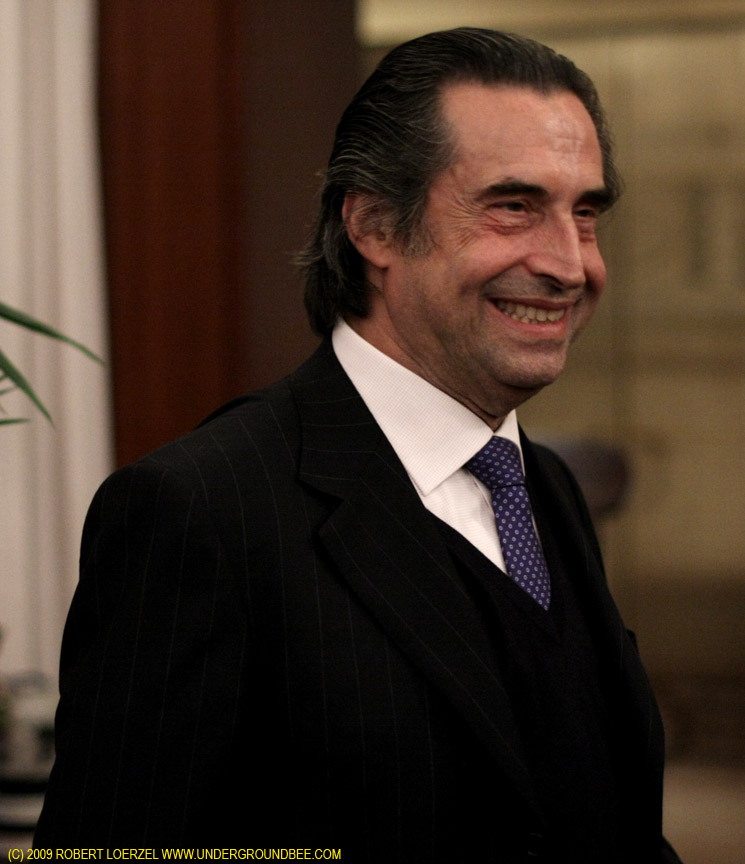 I recently heard Muti give a talk at Orchestra Hall. At one point, he gently mocked young conductors who make faces and gesture wildly when they’re in front of an orchestra. Apparently in a jesting mood, Muti talked about how simple it is to conduct, using Schubert’s Unfinished Symphony as an example in his one-minute lesson on how to move your arms to the tempo.