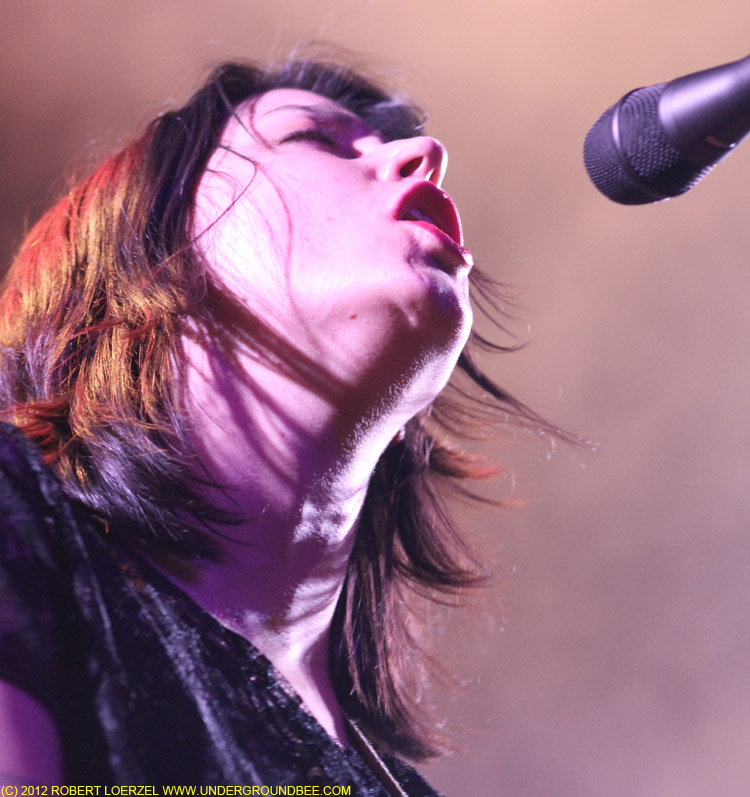 Singer-songwriter Sharon Van Etten has been getting a lot of press this month, and deservedly so. Her third and latest album, Tramp, is a strong collection of songs, with some of the moody introspection of her previous records as well as a new, harder-charging sound on the standout track “Serpents.” Van Etten played to packed houses last Thursday and Friday nights at Lincoln Hall in Chicago; I was there Friday (Feb. 17).

When Van Etten played the very first afternoon set of the 2010 Pitchfork Music Festival, her seemed a little tentative, like someone unaccustomed to playing on such a big stage. On Friday night, her singing was more assertive, and she had a trio of musicians helping to give her music a fuller sound. She still seemed a bit unnerved or uncertain about being in the spotlight. Van Etten was in a silly, giggly mood, joking around quite a bit in between songs, creating a strange contrast with her more serious lyrics. The fumbling around in between songs was charming at times, but after a while, the show’s erratic pacing became a distraction. Van Etten joked that we were watching her learning how to have a band, and that’s just what it felt like — not entirely a bad thing. Most interesting was the way Van Etten and her band stretched out the openings of some songs, creating drones that set the mood for the songs that eventually emerged.
sharonvanetten.com
myspace.com/sharonvanetten 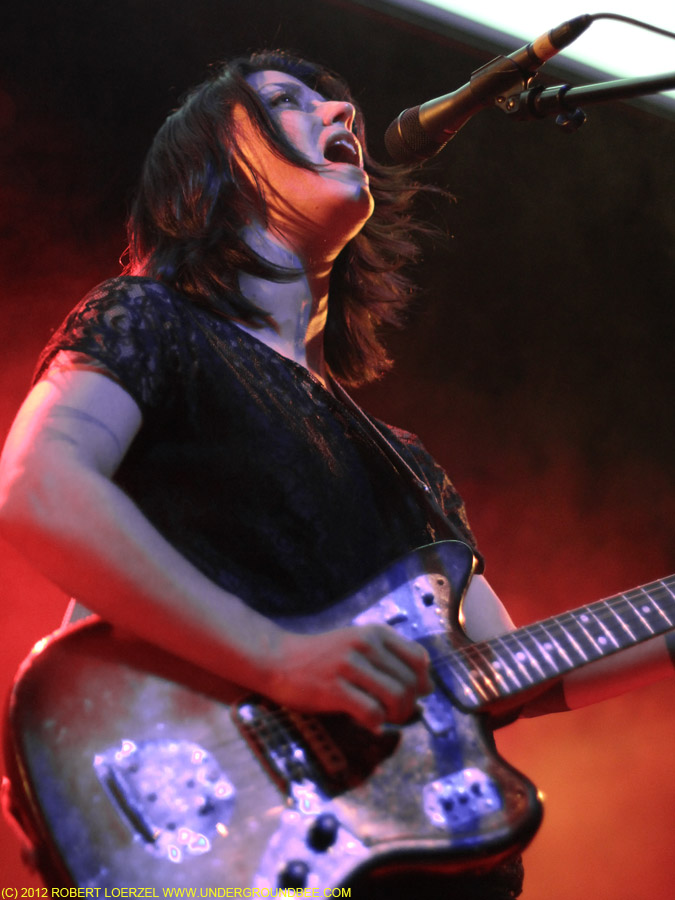 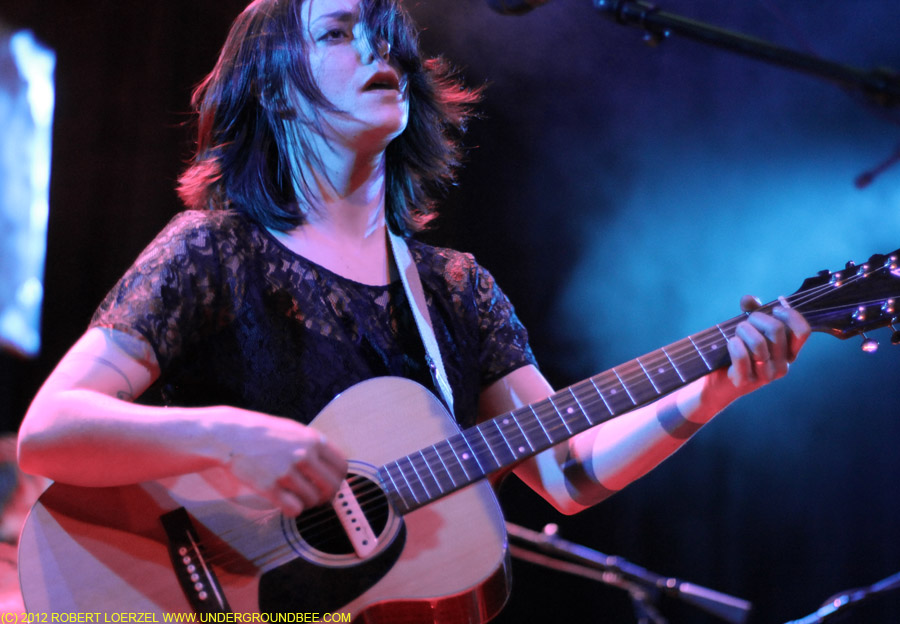 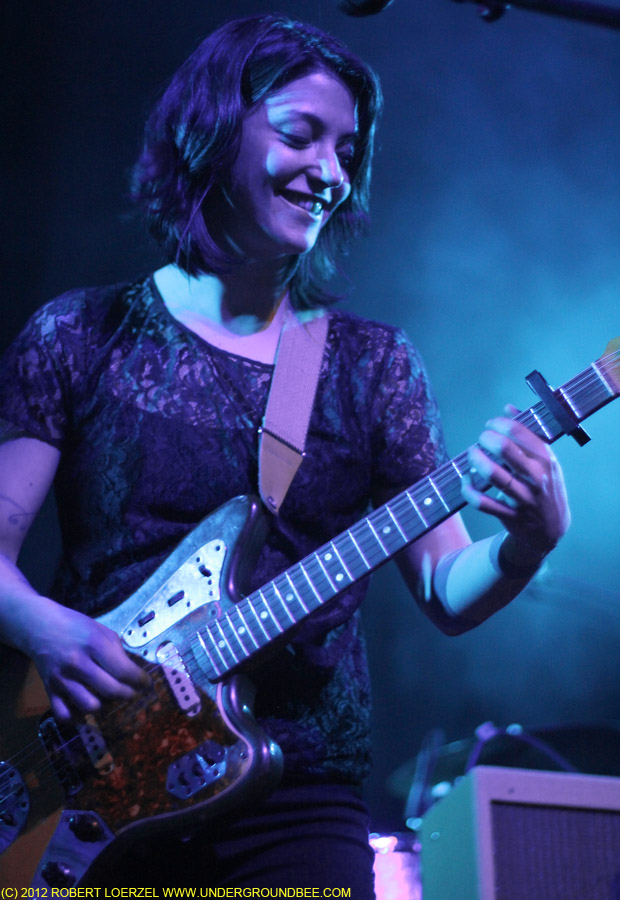 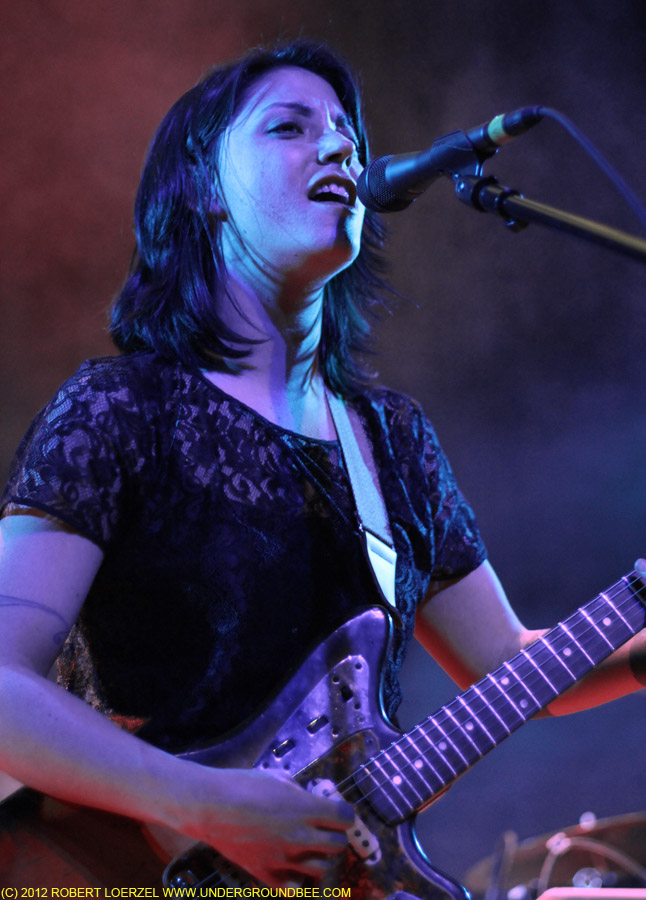 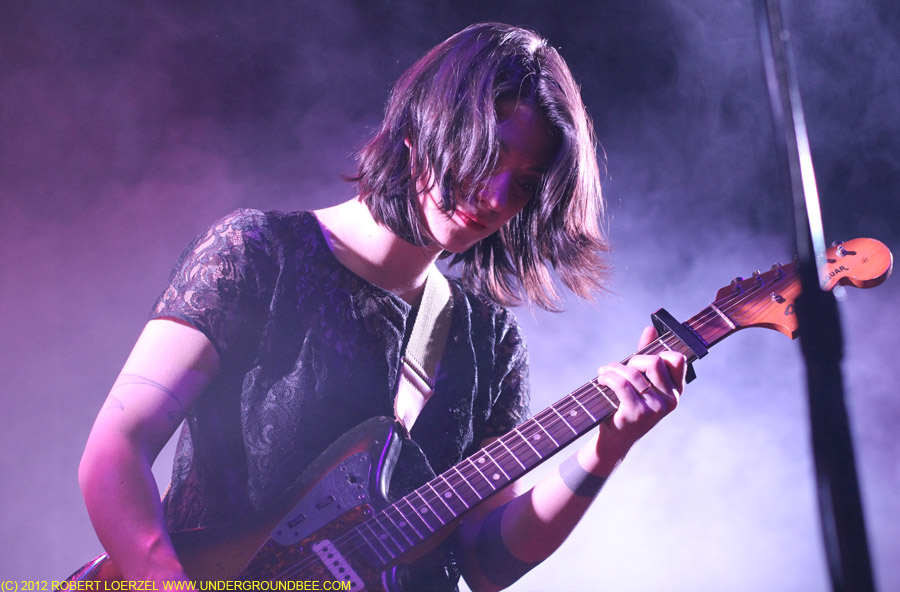 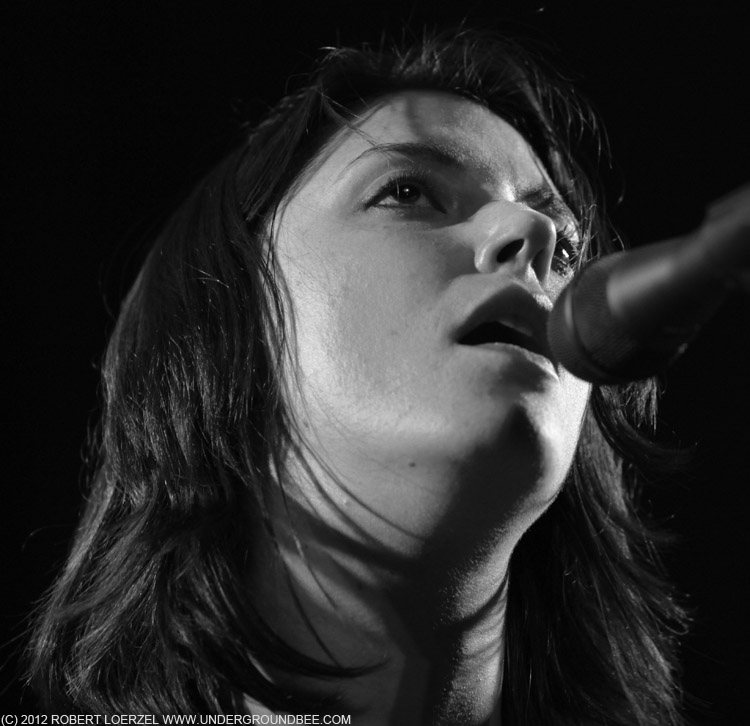 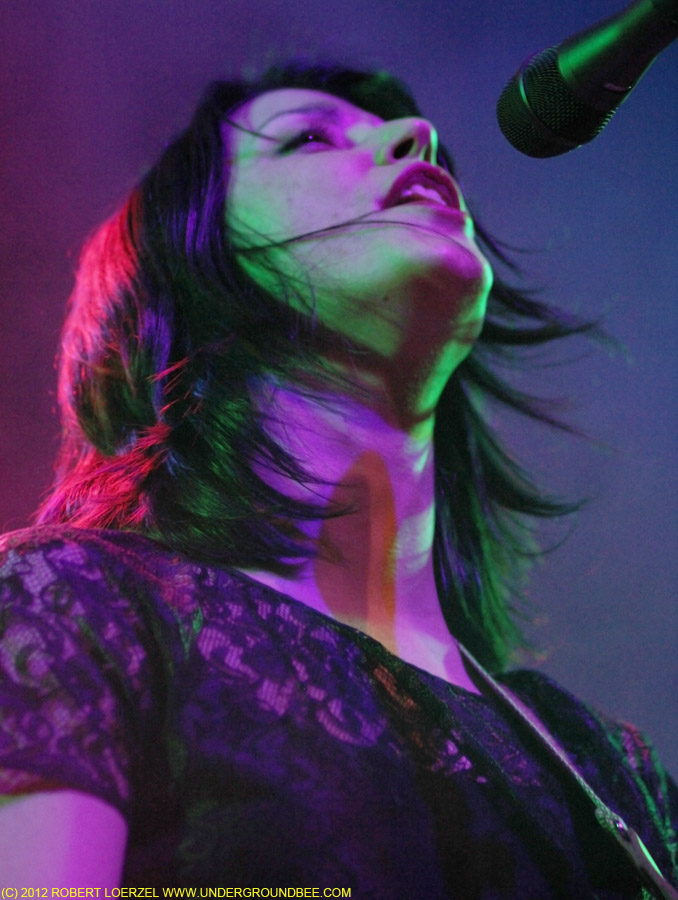 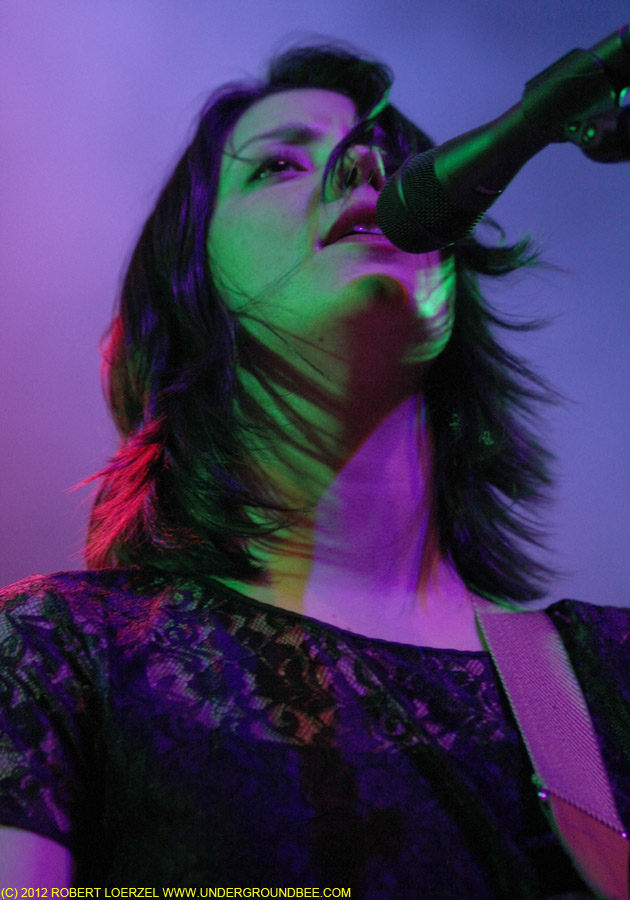 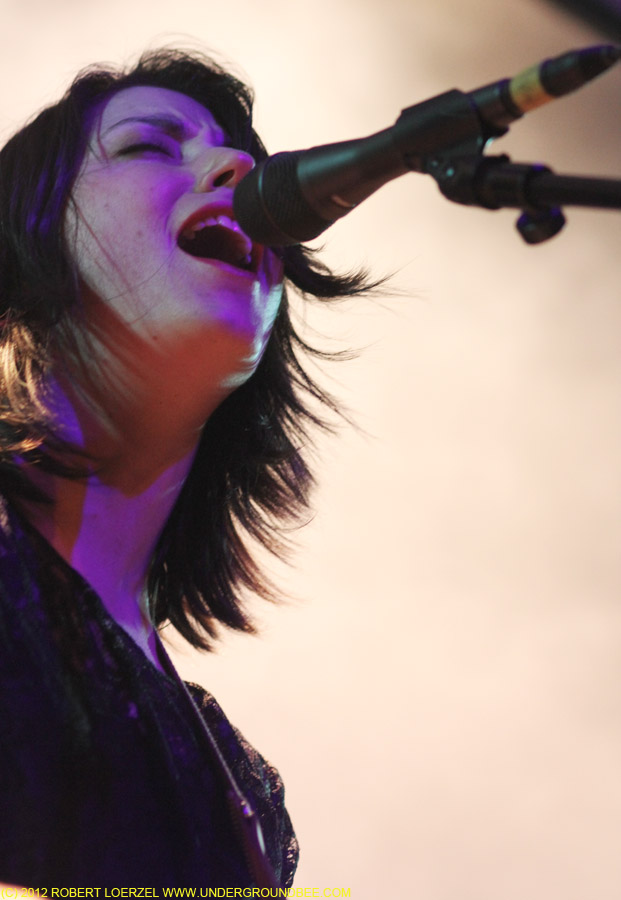 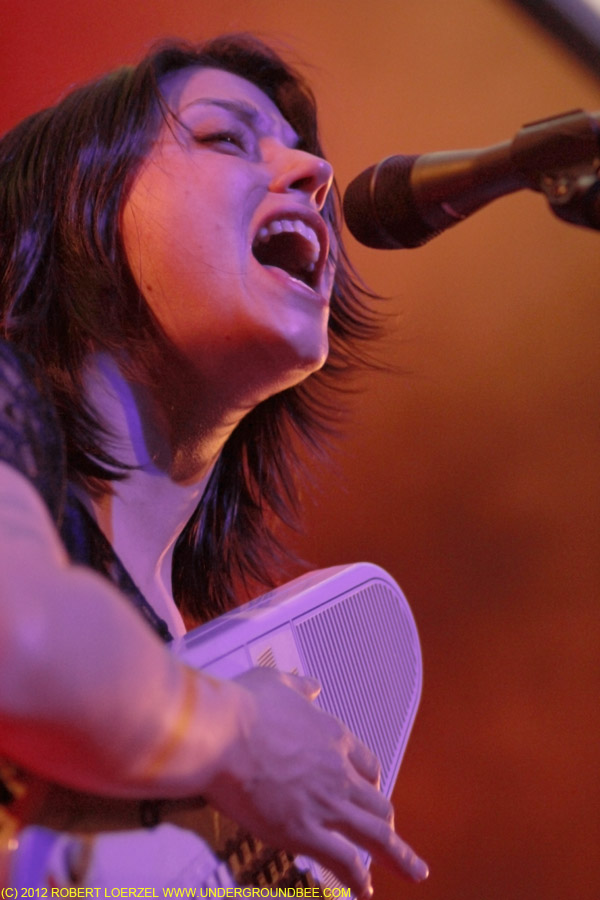 Opening act Shearwater played an impressive set dominated by songs from its new record Animal Joy. Although most of the musicians backing Shearwater’s singer-songwriter Jonathan Meiburg were new to the lineup, but they played tight, rocking versions of the band’s art rock.
shearwatermusic.com
myspace.com/shearwater 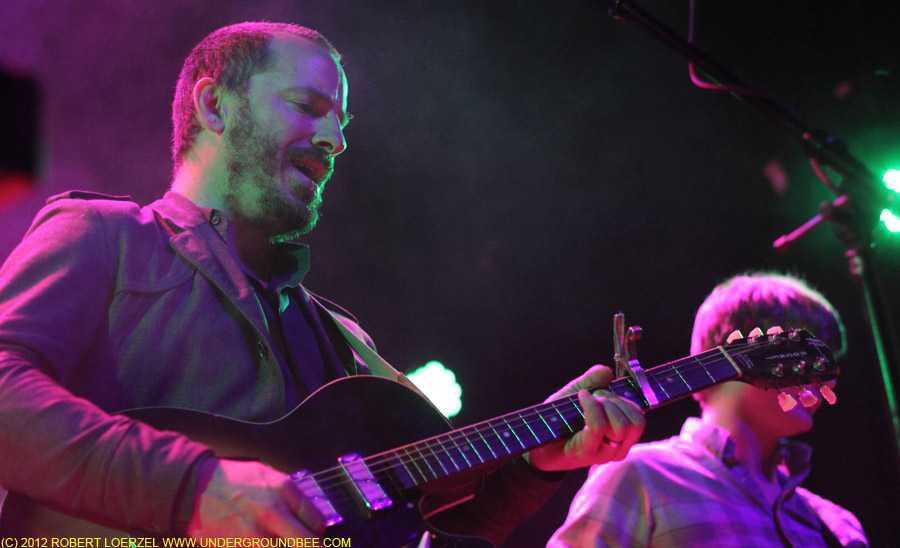 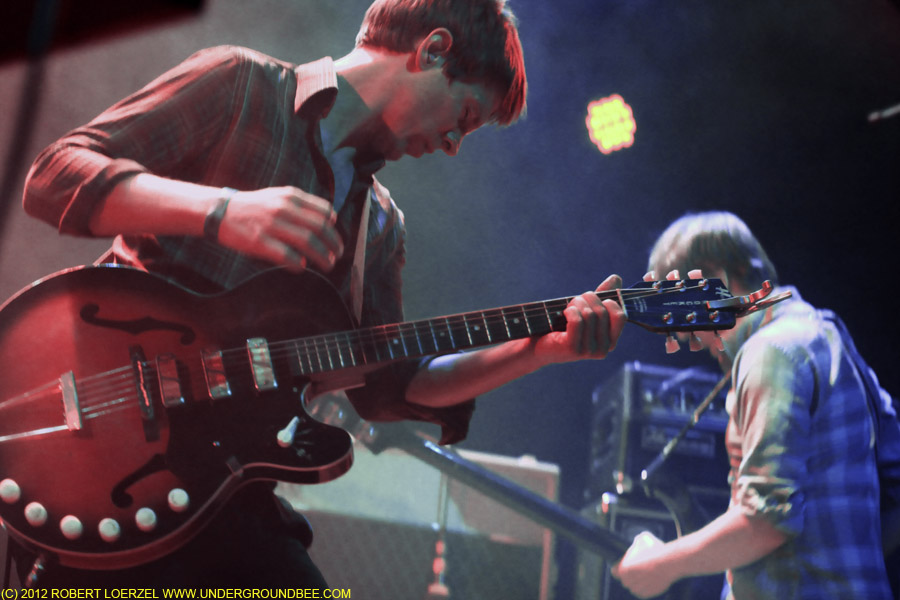 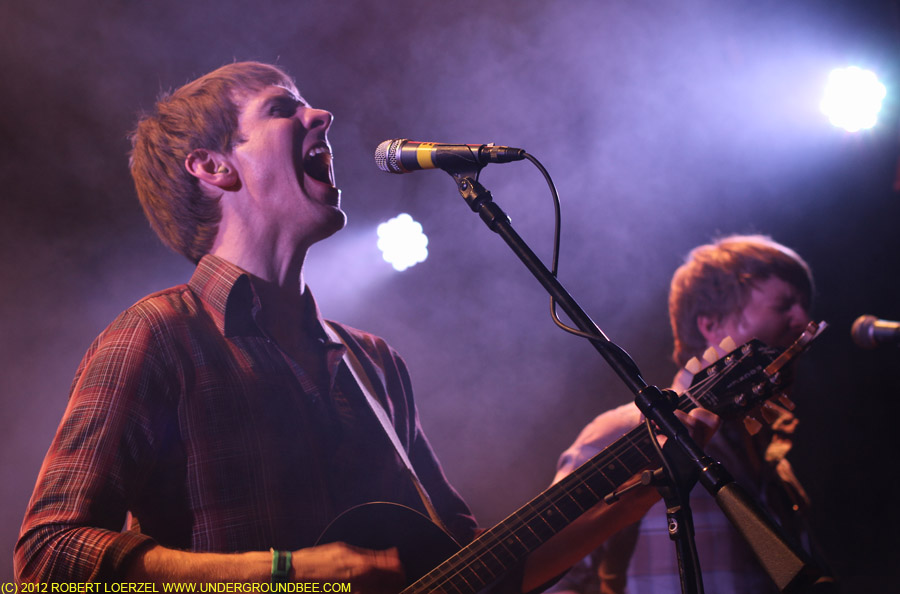 At the end of the night, when Van Etten played her encore, the members of Shearwater came back onto the stage, too. Van Etten and Meiburg swapped lead vocals in a cover of Stevie Nicks and Tom Petty’s “Stop Dragging My Heart Around.” From what I hear, they teamed up the night before on a cover of the Soft Boys’ “I Wanna Destroy You.”

Now, this was one strange scheduling change. The concert originally planned for Monday evening (Aug. 10) at the Pritzker Pavilion in Millennium Park was Malian singer Rokia Traore with opening act Shearwater. Unfortunately, Traore had to cancel her tour, then the city replaced her on the bill with … Shellac?!? That’s right — the hard-hitting rock band led by Chicago’s most famous record producer, Steve Albini. They were a strange pairing with Shearwater — and it seemed like at least a few African music aficionados showed up last night thinking they were to going to hear the much mellower sounds of Rokia Traore, only to find their ears pounded by Albini & Co. Truth be told, I’m not that big a fan of Shellac. They are good at what they do, but it’s just not the sort of music I enjoy listening to all that much. You have to get them props, though, for the power and precision of the pulverizing performance last night.

Shearwater is more to my liking. It was originally seen by many people as a sort of side project to Okkervil River, since Shearwater singer-songwriter Jonathan Meiburg also plays sometimes in Okkervil. But it’s very clear by now that Shearwater is very much its own entity. Meiburg has a nice voice that floats up to high notes while he and his band play complex arrangements that mix the atmospherics of art rock and folk rock. For a band that can sound awfully delicate on some songs, Shearwater was strong, even driving at times last night.

Photos of Shellac and Shearwater.