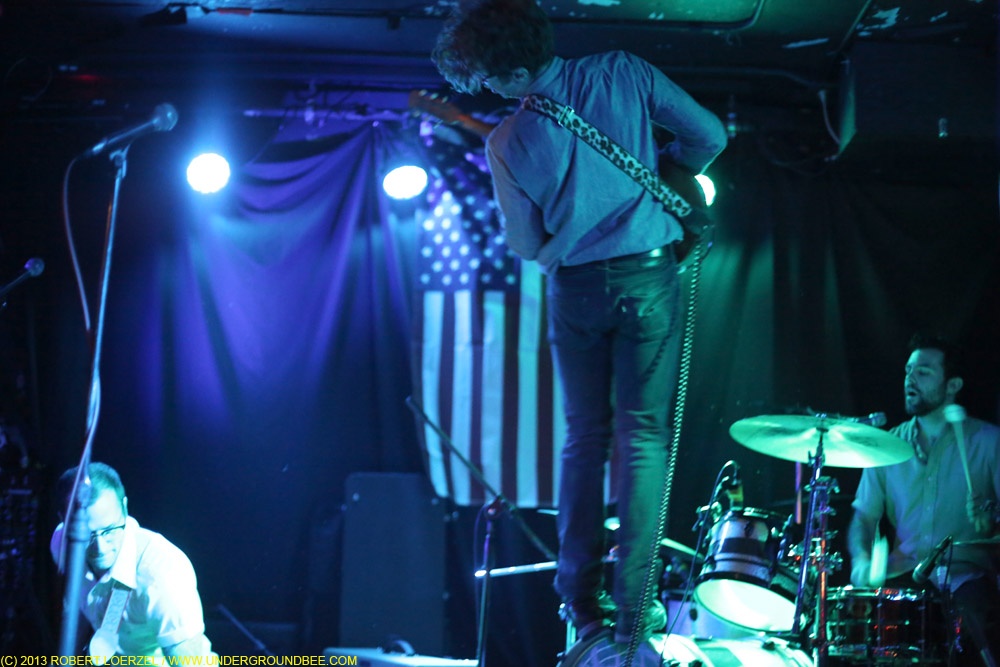 There’s a tall guy named Pat with dark black hair and a dark black beard who shows up at a lot of garage rock shows at places like the Empty Bottle. So (in the interest of full disclosure) it’s not too surprising that I know this guy named Pat. Pat likes a good mosh pit. In fact, he champions the motto “No Weak Pits.”

On Friday, Nov. 22, Dumpster Babies and another three Chicago bands connected with Tall Pat  — Flesh Panthers, the Man and the Bingers — took over the Empty Bottle for a night of music called (for reasons that remain mysterious to me) Cuddlestock 2013. Why not, I guess? And why not get the evening started with a Gin Blossoms cover by Flesh Panthers? OK, that’s an odd choice, but whatever. I was especially impressed with the Bingers, who showed off some subtlety in their songwriting and musicianship even as they leapt off the drum kit and writhed upon their backs.

Dumpster Babies caught a bit of a Mats vibe, and their song “Bloody Nose” sounded especially great — it has one of those indelible punk-rock stuttering rhythms in the chorus. The moshing wasn’t as intense as the wild action I witnessed a week earlier at the Diarrhea Planet show, but there was some spirited dancing, to be sure. (Photos here.) No weak pits were seen. Cheers to Tall Pat and all of the guys who start record labels for the love of it.