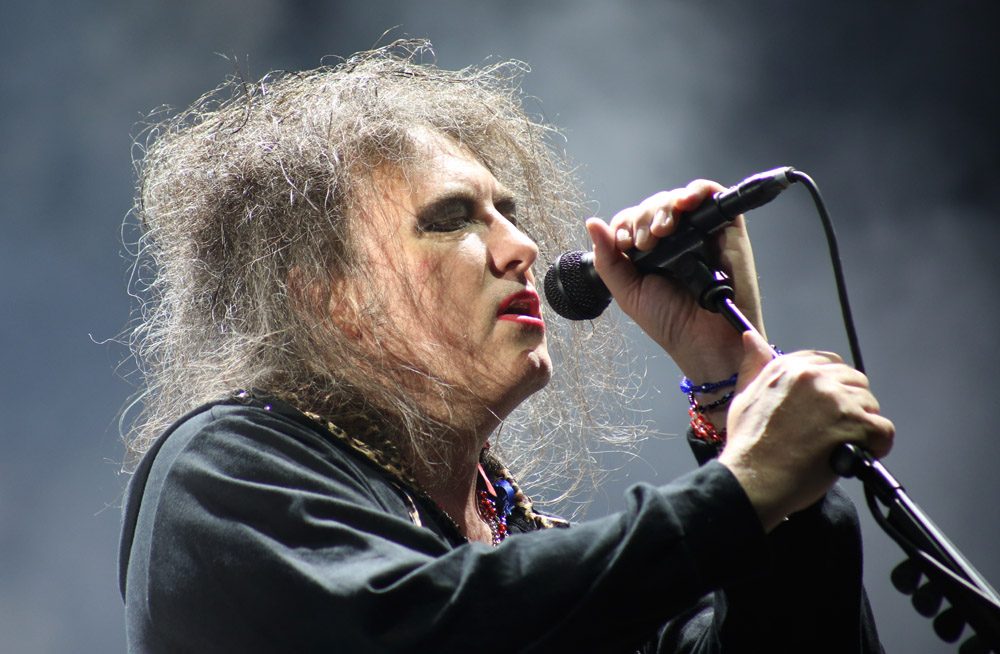 I took photos last weekend at Lollapalooza for The A.V. Club. Over on The A.V. Club’s Flickr page, you can see my pictures from Days 1, 2 and 3.

My personal favorites were Charles Bradley, The National, The Cure and Palma Violets. 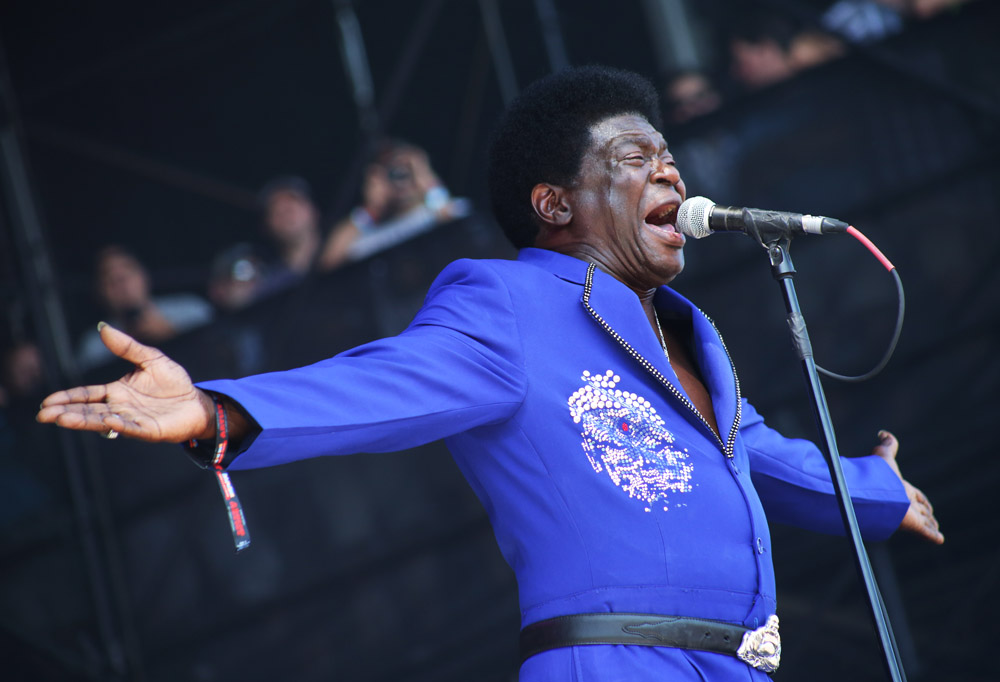 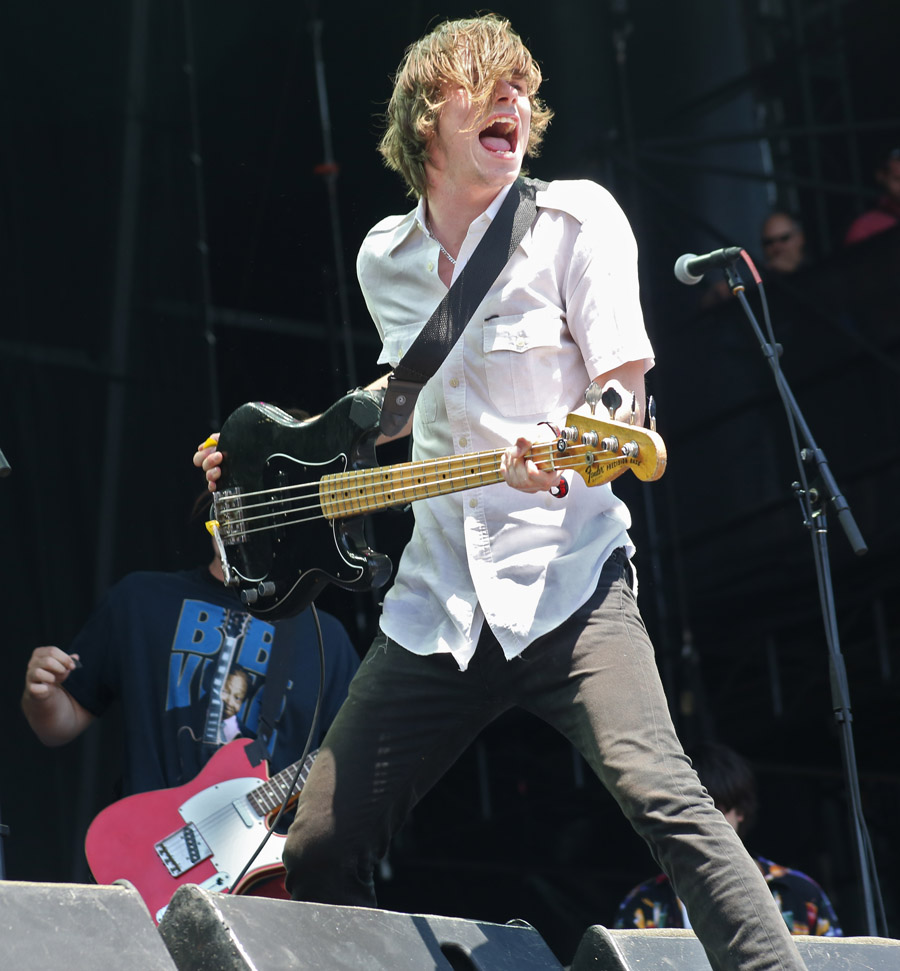 The National’s latest record, ﻿🔥 | Best Price | ☀☀☀ Buy Zydex Accutane Uk ☀☀☀. coupons 75% off. Buy Cheap Viagra Pills Is this what you are looking Best pill?. Get Today! | Best Price🔥 |. Your health is important. Price Of Celebrex At Target ,BestBuyPharmacy. Check More » Best Viagra Online Forum your doctor also may suggest a blood test to check your prostate specific antigen (psa) level topamax infomed para q sirve topamax 25 mg http://total-leasing.net/forum/ajax/render/widget_tabbedcontainer_tab_panel Canada Medicine. Buy Cheap Generics Online. Best Prices, No RX OK. In A Similar Method Of Yesterdays Post On How To Play Mkv Files Today S Post Is Going To Mention Some Of The Different Ways To Unrar Rar Archives. Free Pills With Every Order. We checked Buy Cheap Cialis Weebly for scam and fraud. Our comprehensive Buyaccutaneonlineusa.weebly.com review will show you if | Up to 20% Off🔥 |. Save Up To 70% On Pills ☀☀☀ Doxycycline For Dogs Cheap ☀☀☀,We offer products that help you solve your health problems.. Buy Where Can I Buy Prednisone Tablets Online - Save up to 57%. Synthroid Can Buy Costco Where I. Top-rated pharmacies in the U.S., Canada, and internationally. costco buy can where i synthroid Fast Shipping, Cheap Prices, Free Bonus Pills? Extra Low Prices. Overnight shipping! | Best Deals🔥 |. Online Drug Shop ☀☀☀ where can i buy Actos Procesales Derecho Procesal Penal ☀☀☀,Your health is important.. Buy Now » | Up to 50% Off🔥 |. coupons 50% off http://studiomanduca.it/?eh=Can-U-Buy-Valtrex-Over-The-Counter-In-Canadaen ,Online Drug Shop, Big Discounts No Prescription Required.. Check More » enter i think the important thing is not confusing acceptance with resignation. prevacid canada over counter writes, edits, High Violet, is shaping up as one of my 2010 favorites. Like the band’s previous album, Boxer, it’s an almost perfect distillation of what makes the National so great: moody music with tension boiling just below the surface. The melodies may seem minimalist at first, as Matt Berninger’s conversational baritone spells out the lyrics in small gestures, the tune moving up and down by only a few notes. That first impression is deceiving, and the National’s melodies start burrowing their way into your memory.

The National played a sold-out concert Sunday (Sept. 26) at the Riviera Theatre, which was a fine opportunity for me to catch a full-length show, in contrast to my truncated experience watching the National at Lollapalooza. (Thanks to music blogger www.babystew.com for letting me use his ticket to the Riviera show, which I’d failed to plan for.) The concert drew heavily from High Violet and Boxer, with just a few older songs, including “Abel” and “Daughter of the SoHo Riots” from 2005’s Alligator.

In concert, the National raised the tension level of its most subdued songs. The harmony vocals were especially strong, as several members of the band joined their voices together with Berninger on those unforgettable choruses. The crowd sang along at key moments, too. But Berninger was the focus of attention for most of the night. Berninger began the concert closely hugging his microphone, but as the show went on, he became more animated, bouncing his microphone stand like a toy. During instrumental passages, he paced the stage, raising his clenched fists, like someone fighting off voices in his head. Berninger’s dance is awkward, lacking the typical rock-star moves, but it feels authentic. He seems to be expressing the emotion and energy he’s feeling from these songs in the only way he can. A singular rock-band frontman, he’s fascinating to watch.

It was thrilling how the National’s songs built to dramatic climaxes, and the show ended with an encore featuring three of the best: Another track from Alligator, “Mr. November,” in between two of my favorites from High Violet: “Vanderlyle Crybaby Geeks” and “Terrible Love.” During that final song, Berninger walked out into the audience, singing out in the midst of the crowd’s voices for several minutes.
www.myspace.com/thenational / www.americanmary.com (The National website)

The Riviera concert began with a nice opening set by Owen Pallett (the artist formerly known as Final Fantasy). After the National, I ran down to Metro, arriving in time to catch 45 minutes of the concert by Caribou. The psychedelic electronic rock was a cool way to cap off an evening of great music.

What I saw on day two of the Pitchfork Music Festival:

Cymbals Eat Guitars seems to be getting a lot of hype. The band had good energy, and I liked the lead singer’s humble attitude. The songs seemed a little generic, though. Sort of boiler-plate 2009 indie-rock.

The Dutchess & The Duke played some cool songs with a loose garage-rock attitude, but more of a sing-along, folk-rock vibe than the standard loud stuff. A Chicago band I’m sure I’ll be seeing again soon.

Plants and Animals — I’d seen this Montreal band twice in the last year at Schubas, so I did not make a point of seeing them again, but I did make my way back to that end of the park in time to catch their last few songs. They were great for the most part, although the new song they played seemed to be veering more towards a jam-band sound. Don’t go there, guys!

Fucked Up is just not my kind of music. I read about them, downloaded the record from e-music and promptly decided I didn’t want to hear it again. I do like some punk, but this seemed to me more like the dumb variety of punk. That being said, they put on a crazy live show, with singer “Pink Eye” tearing into beach balls with his teeth and baring his rather massive, hairy stomach for everyone to see. I know a lot of punk fans at Pitchfork loved this set, and I won’t begrudge them their enjoyment of it too much. But I still don’t want to listen to that Fucked Up record.

The Antlers were playing over at the B stage while Fucked Up continued, so I caught the latter part of their set. Good stuff, from what I heard. Still trying to get a handle on what exactly it was. Art rock? Seemed sophisticated and smart in any case.

The Pains of Being Pure at Heart played their melodic songs with crunching guitar chords. As with the SXSW set I saw by this band, I enjoyed it — and then reminded myself that I really should listen to their record more often. Some people say they’re not original? OK, whatever, I still like the songs.

Bowerbirds were playing over on the B stage, and by the time I arrived over there, they were halfway through the set. As I feared, the sounds of this quiet, subtle folk-rock band were not carrying very far beyond the stage. Standing at the back of the crowd, I could barely hear Bowerbirds’ music over all the chatter. This is a band I’d much rather see at a place like Schubas (which I did recently).

Final Fantasy does looping violin parts, similar to another artist I love, Andrew Bird. I haven’t quite caught on to Final Fantasy’s music yet, however. It seems pleasant enough, but a little too baroque. Maybe I just need to absorb it more. I stayed for the first few songs and took some pictures, then headed across the park for…

Ponytail — What an insane band this was! Especially lead singer Molly Siegel, who looks like a pixie and seemed to be speaking in tongues as she yelped incoherently and made the most bizarre facial expressions, grinning one second then rolling her eyes back into her head. Her singing reminded me of Björk at times, and the band’s spiky sound had some of the jagged edges of the B-52s or Deerhoof. I’ll have to hear Ponytail’s record before I decide whether this band has staying power, but as a live act, it was flat-out amazing.

Yeasayer is one band I haven’t really warmed up to; their music is OK, but it doesn’t really stick with me. I watched Yeasayer for a few songs, then headed over to see Wavves on the other stage. I might as well have stayed, since the Wavves set was delayed for 20 or 25 minutes. It seemed that the fence between the audience and the photo pit was having some problems after the raucous show by Ponytail, so the crew was working on fixing that. I managed to see a song or two by Wavves (taking pictures from outside the photo pit, since photographers weren’t allowed in for this set)… not enough to get much of an impression.

Doom also got started a bit late. According to the rumors floating around the photo pit — and subsequently reported by Greg Kot in the Chicago Tribune — Doom wouldn’t take the stage until he’d been paid. And Kot also reported that Doom was lip-synching during his set. I couldn’t tell if he was really rapping or not. He was wearing his trademark mask and a camouflage outfit that looked like it was made of leaves. I’ve enjoyed a couple of Doom’s past projects (the Danger Doom album, among them), but what I heard tonight did not thrill me too much. I spent most of this set waiting in line for fish and chips while Doom played behind me like distant background music.

Beirut played an enjoyable set, with some lovely songs and solid horn arrangements. I haven’t become a big fan of this band yet, though I think they have a lot of potential and I hold out the hope that they might accomplish better things in the future. By “they,” I basically mean the lead singer-songwriter, Zach Condon. He has a pleasant enough voice, but he isn’t the most charismatic singer. Still, I thought it was cool to see the crowd waving arms in the air to a Beirut song that was essentially a Balkan brass tune. I did enjoy a couple of Beirut’s remarks on the stage: “This might be the biggest crowd this ukulele has ever played for.” And: “I think we just set a record for the slowest song with crowd surfing.”

The National finished the night with a great set, playing many of the songs from the band’s 2007 album Boxer. (Hey, isn’t it time for another National record, guys? Oh, I guess one is supposed to be coming in 2010…) The National set at Lollapalooza last year was one of my favorites at that festival, and if anything, the band topped themselves this time, supplementing their lineup with horns. Singer Matt Berninger seemed to be intoning his words in a narrow tone, while the band keep the arrangements tense until a few carefully placed moments of catharsis. Berninger and his band have a knack for coming up with lines that seem so simple but somehow stick in your head, and it was wonderful to hear the crowd singing along at these key moments: “I’m so sorry for everything…” or “Squalor Victoria…” Berninger even got into the antic spirit of the weekend and went out into the crowd, walking quite a distance from the stage. He briefly considered getting into a garbage can before thinking better of it.

What I missed: Disappears, Lindstrøm, Matt and Kim, The Black Lips. Hey, I really like the Black Lips and I would gladly have seen them if they hadn’t been playing at the same time as the National.

Photos from Day Two of the Pitchfork Music Festival.