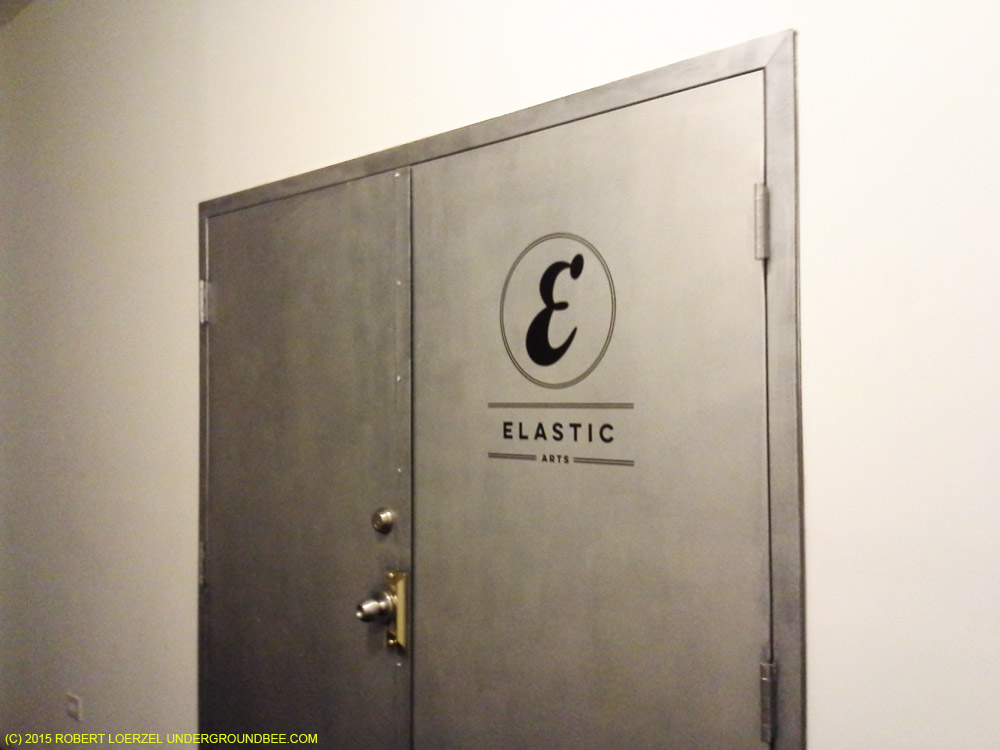 The Elastic Arts Foundation, which has hosted many experimental and intriguing concerts and arts events over the years, has a new home. After moving out of its old space at at 2830 N. Milwaukee Ave. in November, the group is now at 3429 W. Diversey. I stopped in on Friday, March 20, and saw the set by drummer Michael Zerang and keyboardist Jim Baker, who made some really radical noise. Baker messed around with electronic equipment for most of the performance, then moved over to Elastic’s grand piano, making sonic squiggles in both formats. Zerang rarely did anything resembling traditional rhythm-rooted drumming, instead using his drum kit to make squeaks and squeals. I also caught a few minutes of the set by Perfect Villain — four musicians standing behind a table with electronic gear. It’s a cool new space for Elastic Arts, which will undoubtedly be the scene of more cutting-edge concerts. 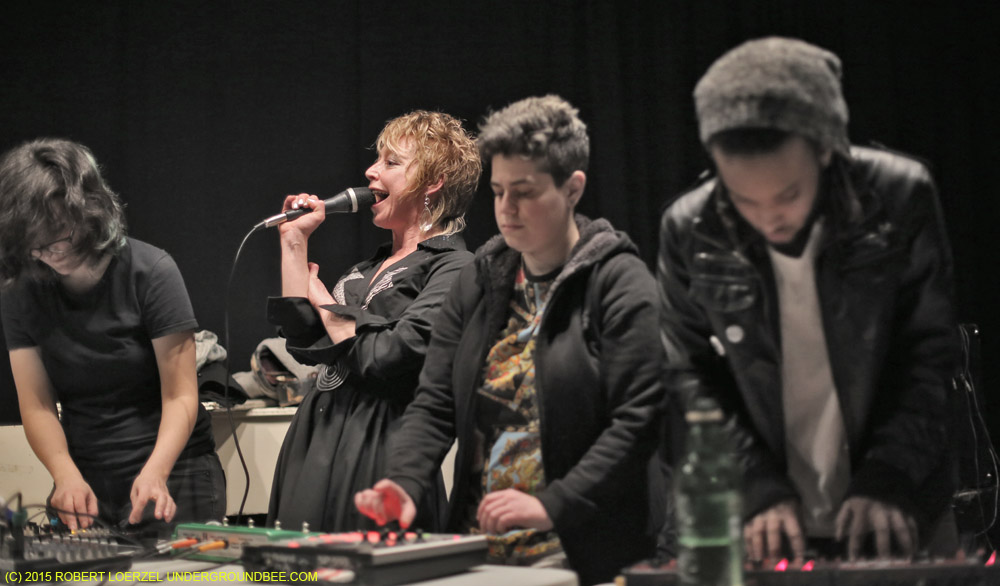 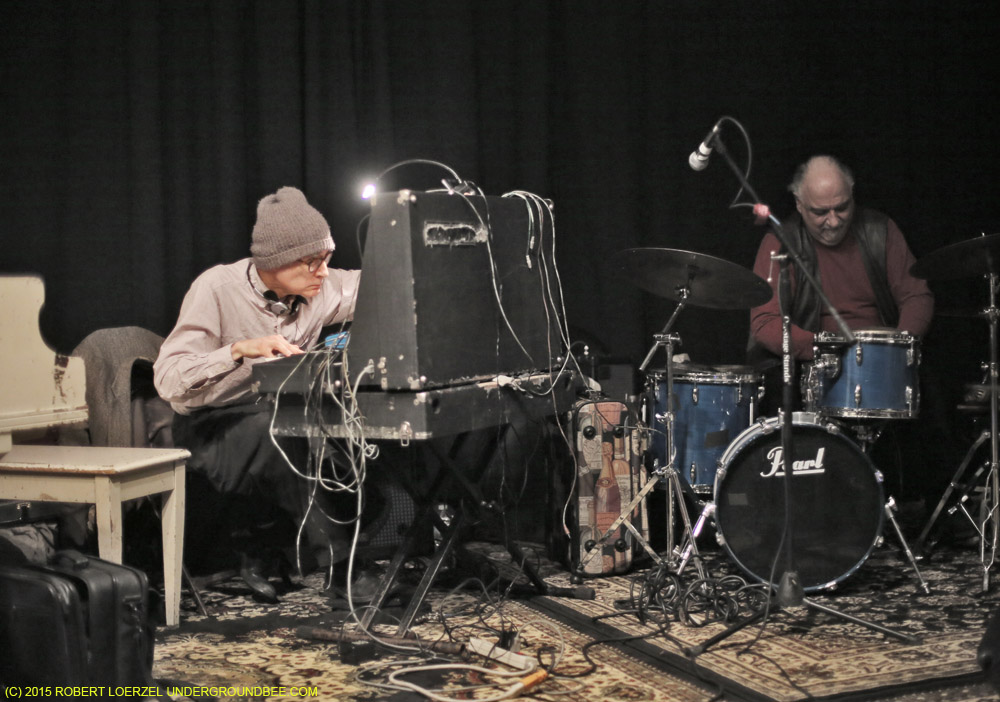 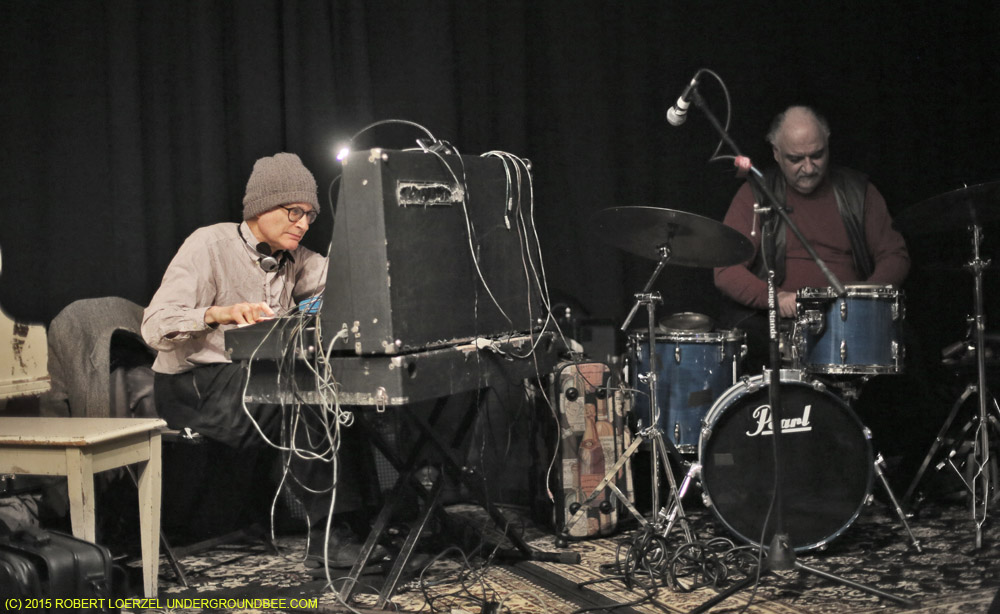 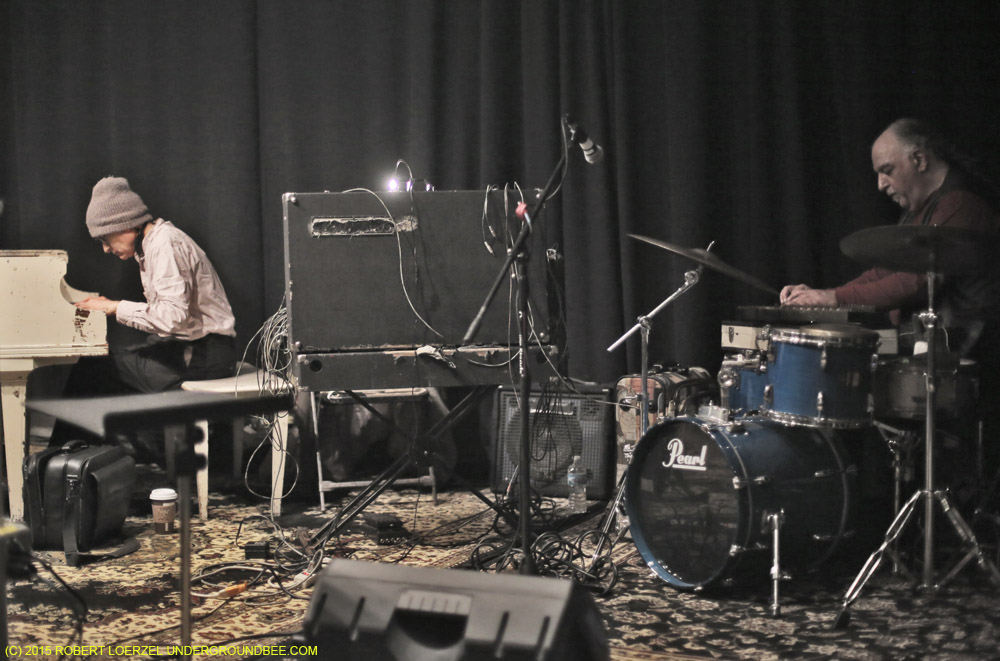 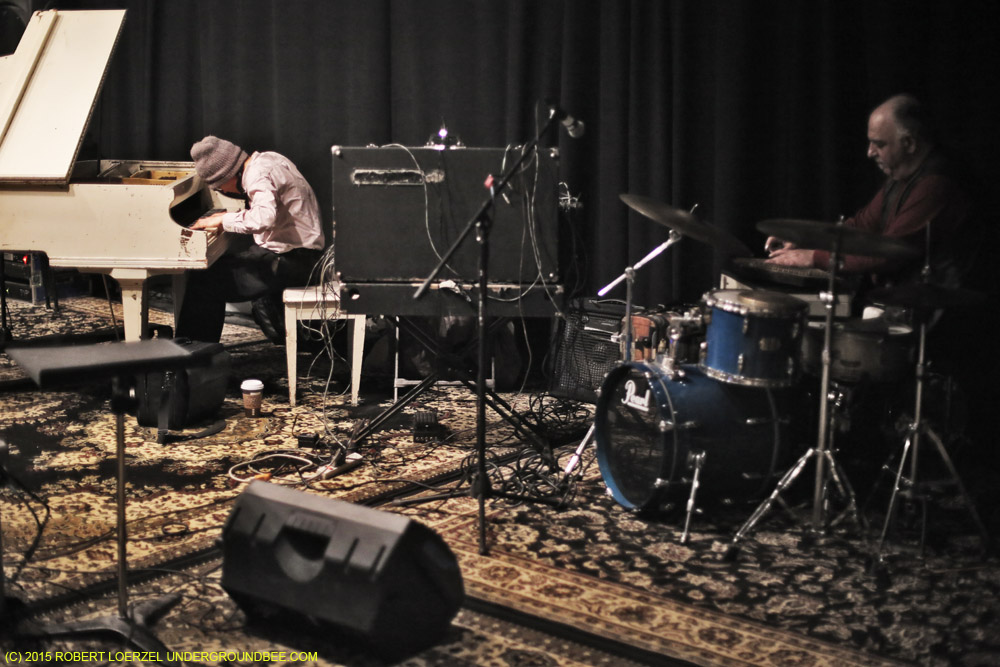 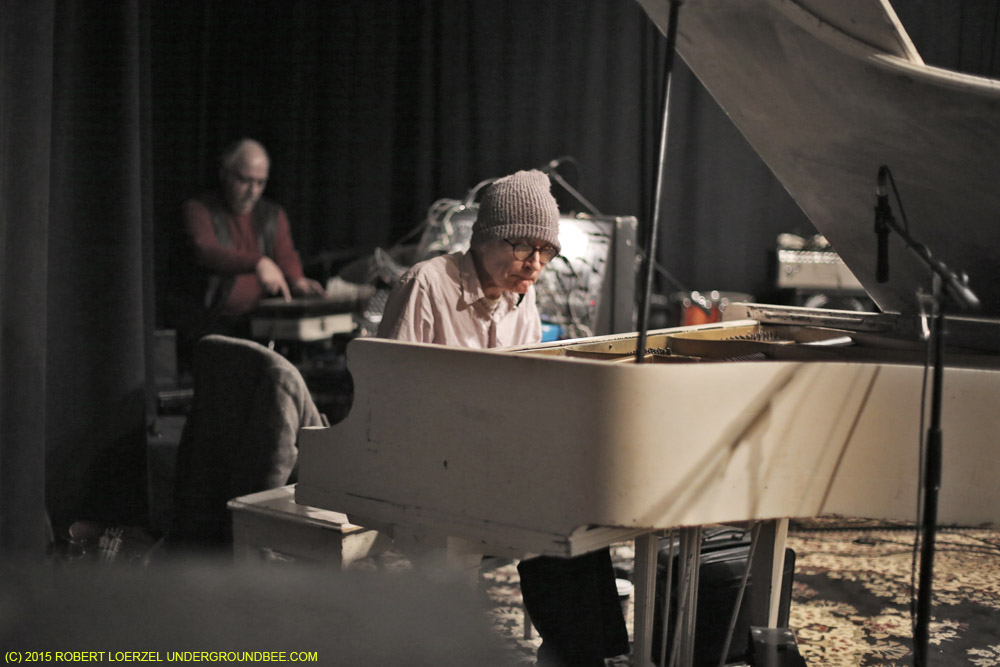