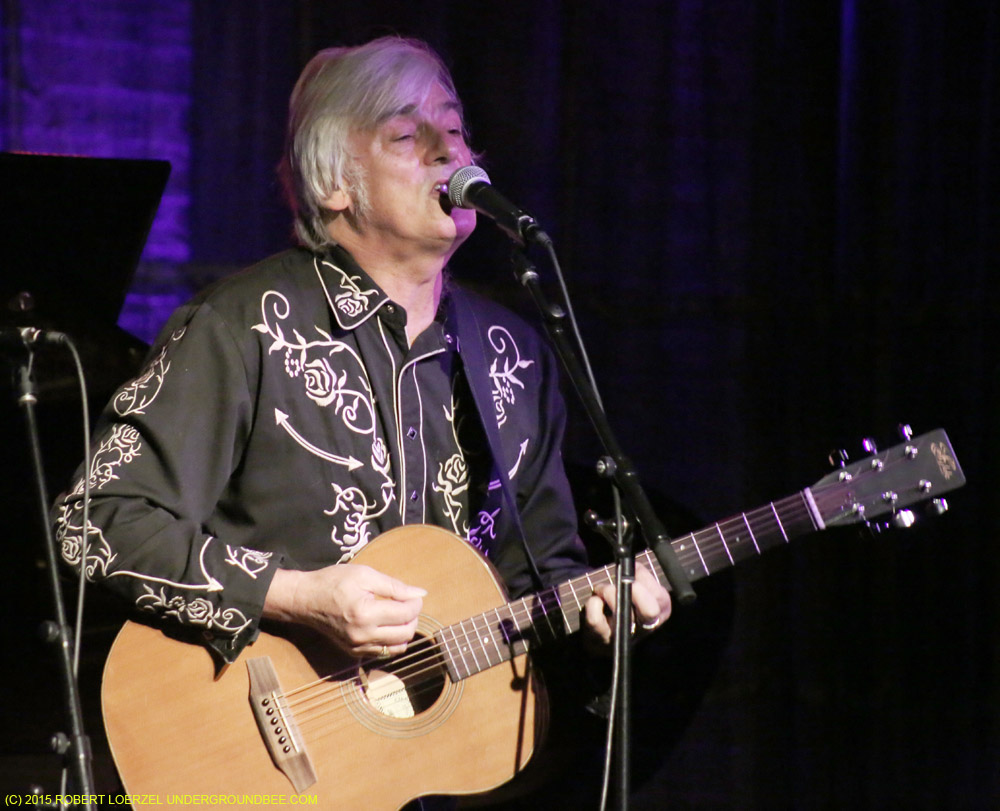 Robyn Hitchcock took the stage at Space in Evanston on Sunday night, Feb. 22, as the Academy Awards show was playing on millions of TV screens elsewhere. He never mentioned the Oscars, but perhaps he was thinking about the movies when he chose his opening song: “Don’t Talk to Me About Gene Hackman.” That song set the tone for the evening, with its oddball, Hitchcockian sense of humor.

The English singer-songwriter played without a band, playing acoustic guitar and singing a nicely offbeat assortment of songs from his vast catalog — including tunes from my favorite period of Hitchcock music, the late 1980s, as well as a couple from his 2014 acoustic record, The Man Upstairs.

As he often is, Hitchcock was talkative in between songs, delivering the sort of absurdist humor his fans have come to expect. Here’s a sample. As he introduced the song “You and Oblivion,” Hitchcock gave the fellow working at the sound board some elaborate instructions for the sort of effects he wanted on his guitar and his voice:

“So, if you give this a little ghostly shimmer as if my voice was coming from a sentient but phantasmal pumpkin just on the edge of a wine-red lake, the bottom of which was actually not completely resting on the ground but it’s too dark to see exactly what it is, you just see the eyes and the mouth cut out from this flaming sphere, it could be a soul burning in torment or just a pumpkin lit up, guarding the geese from a farmer who always has bad ideas about what to do with poultry, mainly from his grandmother. There’s no point in blaming the dead. They can’t hear you. Blame someone who’s alive. That way, they can suffer … OK, and then put the guitar in a little bit of delay so I sound this time … as if Casimir Pulaski was remixing a track…”

That was just one of several references Hitchcock made to Casimir Pulaski, the Polish hero from the American Revolutionary War who is honored with a holiday in Chicago, which seemed to fascinate or amuse Hitchcock.

At another point, Hitchcock asked the sound man to “put a bit of Art Garfunkel on my voice. Not enough to make Paul jealous.” That reference to the singer Paul Simon reminded Hitchcock that he’d seen a highway sign in Illinois alluding to Paul Simon, so he asked the audience if it was referring to the singer. A bunch of people in the crowd shouted out that it was actually a reference to the senator from Illinois named Paul Simon. “A good senator!” a few people shouted. “Who wore a bow tie!” Sounding a bit perplexed, Hitchcock said, “A good senator named Paul Simon? Does he have a bow tie?” In response to that question, it sounded as if the whole audience said “YES!” in unison. Hitchcock looked stunned. “How did you do that?” he said. Later, after another outburst of audience members speaking nearly in sync, Hitchcock remarked, “You’re very good at that. It’s an almost telepathic shoal-like mentality.” (I transcribed that from an audience member’s video, which shows pretty much the whole concert, I think.)

This sort of banter is an essential element of Robyn Hitchcock’s charm, but of course, the music is the main attraction. And Sunday’s concert was a showcase for his singular style of songwriting and his appealing vocals. Hitchcock doesn’t get a lot of attention for his guitar playing, but he ably demonstrated how to make a solo acoustic performance interesting, with alluring melodic patterns of notes that hinted at the layers you might hear in full band arrangements.

Hitchcock’s entrancing opening act, the Australian singer-songwriter Emma Swift, came onto the stage to sing harmony vocals on the final three songs of the main set as well as the three covers Hitchcock played for his encore. For the last song, the Velvet Underground’s “Pale Blue Eyes,” Hitchcock and Swift were joined by Yvonne, whom Hitchcock introduced as his driver and merch saleswoman. It was a cool ending to a cool night. 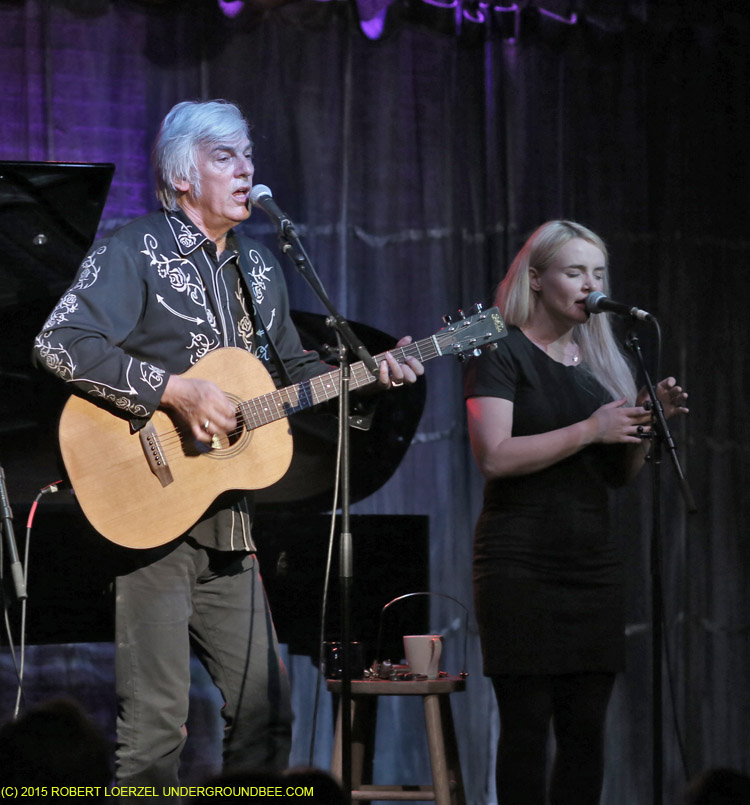 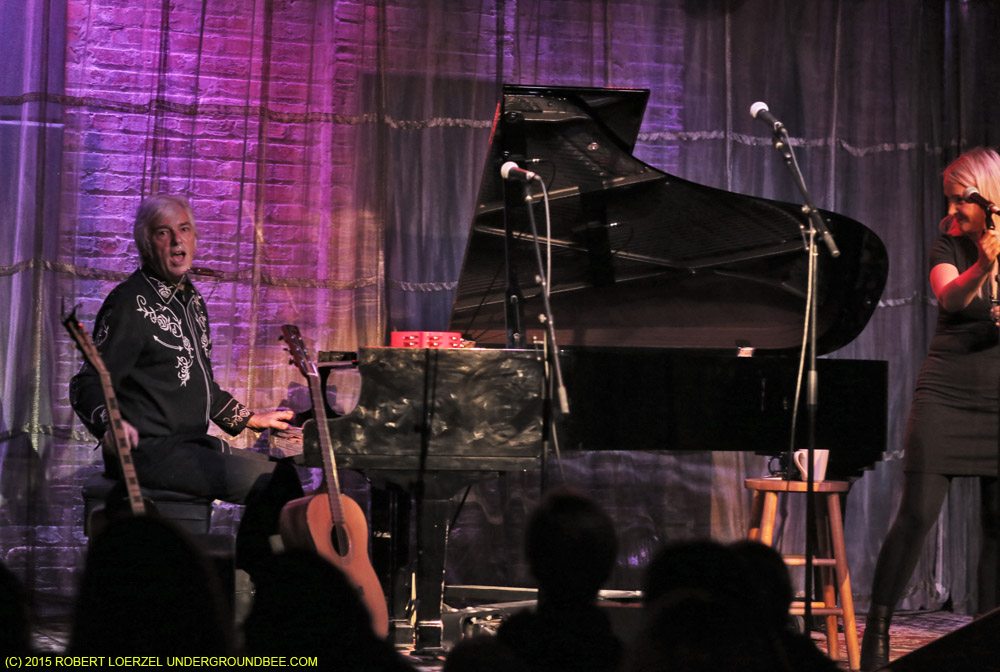 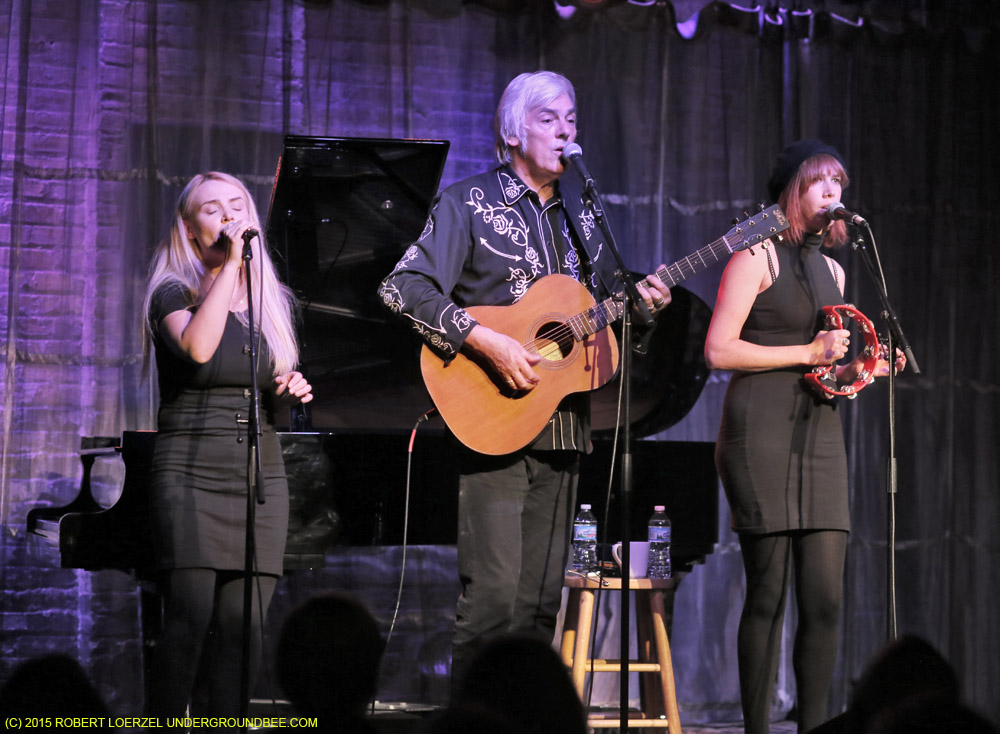