There’s a serious and sobering story behind the band Songhoy Blues. These four musicians are in a sort of exile — as the title of their 2015 debut album, Music in Exile, suggests — having fled from northern Mali when it fell into violence and extremist rule. The quartet’s music may reflect on that backstory, but it sounds completely infectious and it’s joyful to experience, especially live. When Songhoy Blues played at Martyrs’ on Saturday, April 12, the show started off somewhat subdued, but by the second or third song, the audience was dancing, inspired by singer Aliou Touré’s own jumpy moves. Meanwhile, Garba Touré was playing some rather astounding stuff on his guitar — with touches of American blues and rock guitar solos amid the distinctively African musical motifs. As the concert grew more energetic, Songhoy Blues’ vocalist remarked that it was like a party in Africa. “We have to celebrate life, and we are going to enjoy life tonight,” he said. 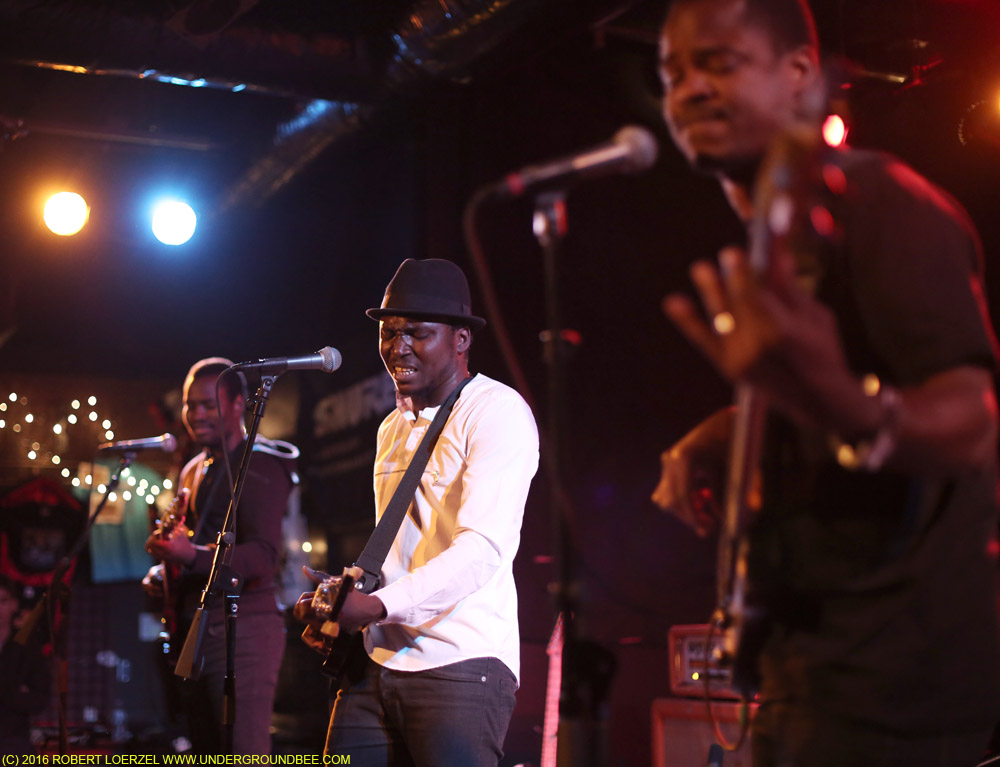 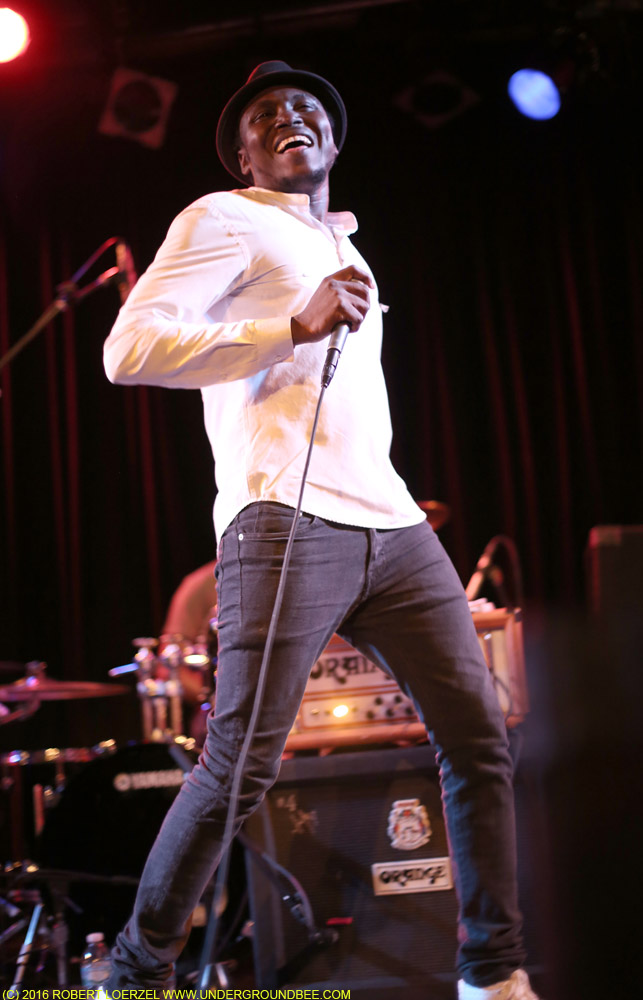 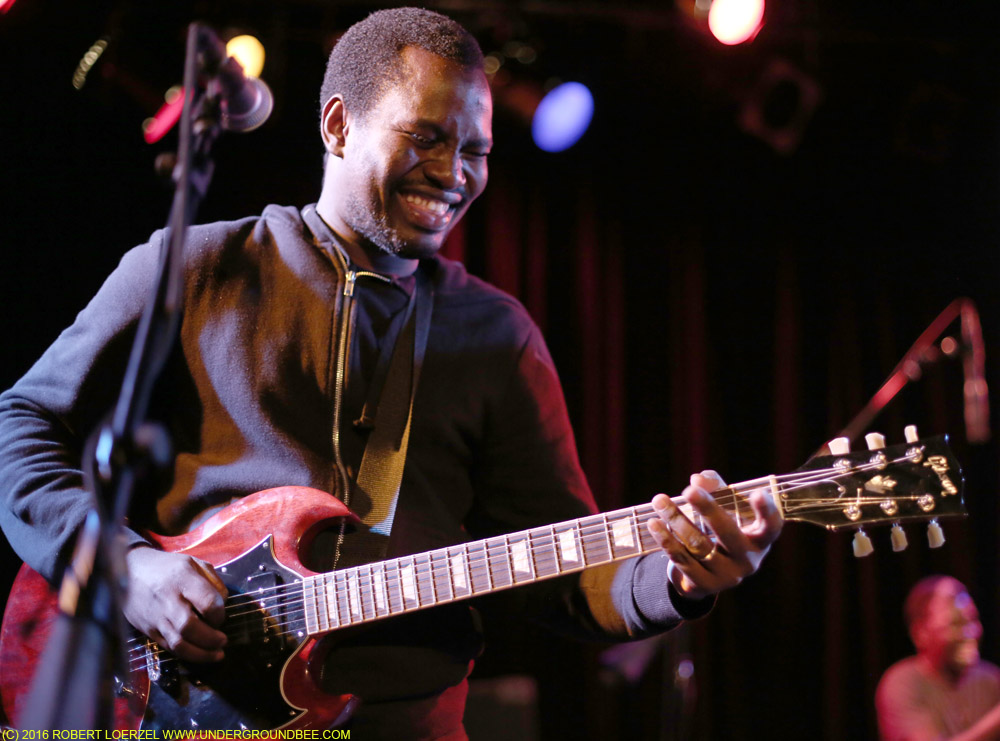