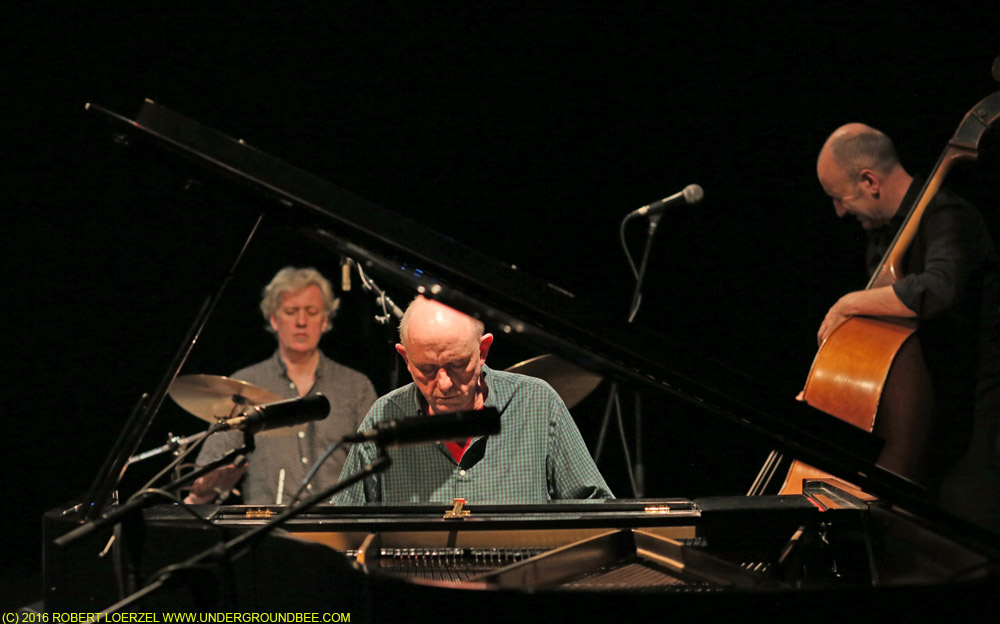 The Necks have been improvising beautiful music for many years now. You might call them a jazz trio — after all, they do follow the standard lineup of instruments you’ll see in many jazz trios: piano, bass and drums. But these Australian musicians create their own distinctive sort of music, as they demonstrated Sunday, March 27, in a breathtaking performance at Constellation. They played two sets — each consisting of a single, uninterrupted piece of music that steadily built up from the smallest and quietest of musical gestures. At the very beginning, it was just Tony Buck flicking a brush on one of his drums. And then Lloyd Swanton joined in, fingering the strings of his upright bass with a rumbling musical gesture that fit in perfectly with the brushing. Finally, Chris Abrahams tenderly touched the keys of the piano, creating a circling pattern of notes. These minimalist motifs gradually transformed, growing in volume and intensity, but a steadiness remained at the heart of the music — each musician closely following the lead of the others but then pulling the trio in a slightly new direction. It was a wonder to see and hear.