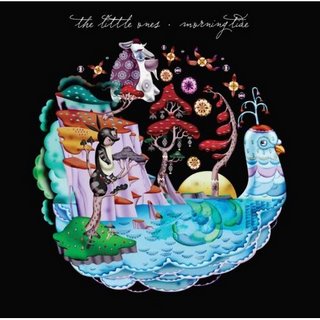 THE LITTLE ONES, “Morning Tide” (Chop Shop Records) – Ah, this one hits the sweet spot. Such shiny, tuneful music. What is it? Power pop? Not exactly, but the Little Ones definitely belong in that camp of bands who seem to be striving to concoct the perfect melodic pop tune — pop in the old sense, not the contemporary top 40 sense. This record goes down easy, with a sound that reminds me of the Weakerthans and Youth Group, but it never sounds too slick or calculated. On a couple of occasions this week, as I finished listening to “Morning Tide,” I decided to listen to the whole album over again, enjoying just as much as I had the first time.
www.wearethelittleones.com
www.myspace.com/wearethelittleones 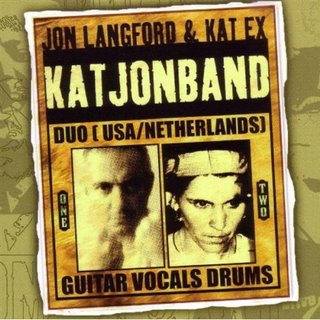 KATJONBAND, “KatJonBand” (Carrot Top) – Jon Langford of the Mekons is almost insanely prolific. Langford’s various bands and recordings can blur together, but this one stands out as one of his most exciting projects in years. Langford has teamed up with Kat Ex, drummer for the veteran Dutch punk band the Ex, as a duo on this album. Kat’s lively, idiosyncratic drumming seems to push Langford in new directions … or revive some of the punk spirit he displayed on early Mekons records. The combination of Langford’s vocals with a female singer is bound to bring up memories of his many past duets with Sally Timms, but Kat has a tone all her own. Her cool North European accent sounds great next to Langford’s Welsh everyman vocals. A couple of the tracks are traditional folk songs, though you might not know it from the rocking versions here. The riffs and rhythms are jagged and ragged, but not abrasive. The songs have strange edges, but like the best of the old art-punk songs of the late ’70s and early ’80s, they feel direct, simple and unexpected.
See my photos of KatJonBand at the Hideout Block Party.
www.myspace.com/katjonband
www.carrottoprecords.com/artists/katjonband 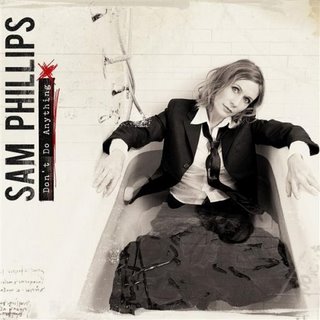 SAM PHILLIPS, “Don’t Do Anything” (Nonesuch) – I wrote about this wonderful record in my Southtown Star review of the recent Phillips concert at the Old Town School of Folk Music. It’s holding up as my favorite records this year, and it has one of those perfect transitions between songs. The way the quiet “Another Song” ends, followed by the muted opening riff of the title track, is etched into my brain… Listening to the first song without the second just wouldn’t seem right. Like some of the other songs here, “Don’t Do Anything” is also a marvelous example of love song lyrics. You would think just about every idea the human race has had about love would have been expressed in a song by now, but a songwriter like Sam Phillips somehow managed to say new things — or to say old things in new ways. I love the sentiments of this song’s contrariness: “I love you when you don’t do anything/When you’re useless I love you more…”
See my photos from the recent Sam Phillips concert.
www.samphillipsmusic.com
www.myspace.com/officialsamphillipsmusic 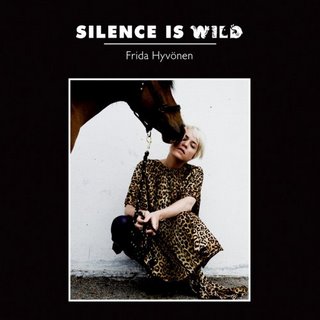 FRIDA HYVÖNEN, “Silence Is Wild” (Secretly Canadian) – This album doesn’t come out until Nov. 4, but I’m already hooked on it. And like the aforementioned Sam Phillips, this Swedish singer-songwriter has a talent for expressing her feelings and stories in a way that somehow seems both original and familiar. Here’s another example of a song lyric that expresses an idea about love that struck straight at my own heart, making me wonder if I’ve ever heard a song saying something similar. In “My Cousin,” Hyvönen sings: “I’m not the marrying kind, and neither are you/but still I am absurd enough/To ask you: If we were the marrying kind/Would it be my hand you’d ask for?/Would you be the dad/of the children I most likely won’t have?/Is that how much you like me/Or is it not even close?/I know my question doesn’t make sense at all/Since we live outside the realms of yes and no… But right now somehow/I need I need to know.” It’s just one of several beautiful moments on this record when the music and the words resonate on a deep, personal level every time I listen. Hyvönen expands her sound from her strong 2006 debut, “Until Death Comes,” with lush strings and backup vocals, and even a bit of Theremin and some Girl Group shimmer.
Read my 2007 interview with Frida Hyvönen for Punk Planet.
See my photos of Friday Hyvönen from SXSW 2007.
www.fridahyvonen.com
www.myspace.com/fridahyvonen