Without the least hint of fanfare, Randy Newman casually strolled out onto the stage of Waukegan’s Genesee Theatre Friday night (Oct. 12), waved to the crowd and sat down at a grand piano. The concert felt just as informal as that entrance, as if Newman was an uncle wandering over to a piano in the corner of your living room and playing some old favorite songs and telling jokes and stories.

Newman is as much of a humorist and raconteur as he is a composer, and he was in top form Friday. After opening with “It’s Money That I Love,” he remarked: “There were some people who wanted to call it the national anthem – but I thought that wouldn’t be right.”

The concert featured plenty of classic songs from throughout Newman’s career as well, so many of them written from the peculiar points of view of fictional characters. As Newman explained at one point, “Most of my songs are not autobiographical, or I’d be in an institution.” When the audience applauded “Short People,” his hit song that seemed to promote hatred of diminutive folks, Newman joked, “I’m glad you feel that way.”

The performance demonstrated how well constructed Newman’s songs are – both as pieces of music and short stories that sometimes resemble comedy routines. The jokes don’t get old because they’re filled with insights about human nature and politics.
An old song like Newman’s 1972 “Political Science” didn’t sound the least bit dated. If anything, recent world events have once again made it relevant for Newman to sing sarcastically, “Let’s drop the big one and see what happens.” And Hurricane Katrina added a new poignancy to Newman’s song about a previous disaster, “Louisiana 1927.”

Seeming more like a wisecracking guide than a didactic professor, Newman took his audience on a tour through centuries of history – singing about slave ships in “Sail Away,” imperialism in “The Great Nations of Europe,” Marxism in “The World Isn’t Fair,” and the Bush administration in “A Few Words in Defense of My Country.” In between, Newman sang about romance with humor and tenderness. And you could hear a pin drop when he played one of his darkest songs, “In Germany Before the War,” the haunting story of a man murdering a young girl. That was just a gray-haired man with an ungainly voice playing a piano by himself up on the Genesee stage Friday night, but it felt like a cast of thousands.

SET LIST:
It’s Money That I Love
My Life is Good
Same Girl
Short People
Birmingham
Korean Parents
The World Isn’t Fair
I Miss You
Laugh and Be Happy
Marie
You Can Leave Your Hat On
A Few Words in Defense of My Country
Potholes
Losing You
I’m Dead (But I Don’t Know It)
Political Science
(INTERMISSION)
Last Night I Had a Dream
Baltimore
Mr. President (Have Pity on the Working Man)
In Germany Before the War
The Great Nations of Europe
Harps and Angels
Dixie Flyer
Real Emotional Girl
You’ve Got a Friend In Me
A Piece of the Pie
Easy Street
Louisiana, 1927
Rednecks
Sail Away
Only a Girl
I Love L.A.
I Think It’s Going to Rain Today 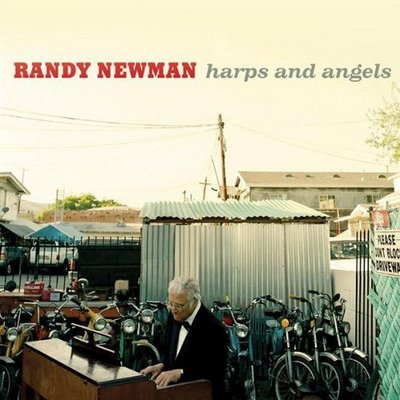