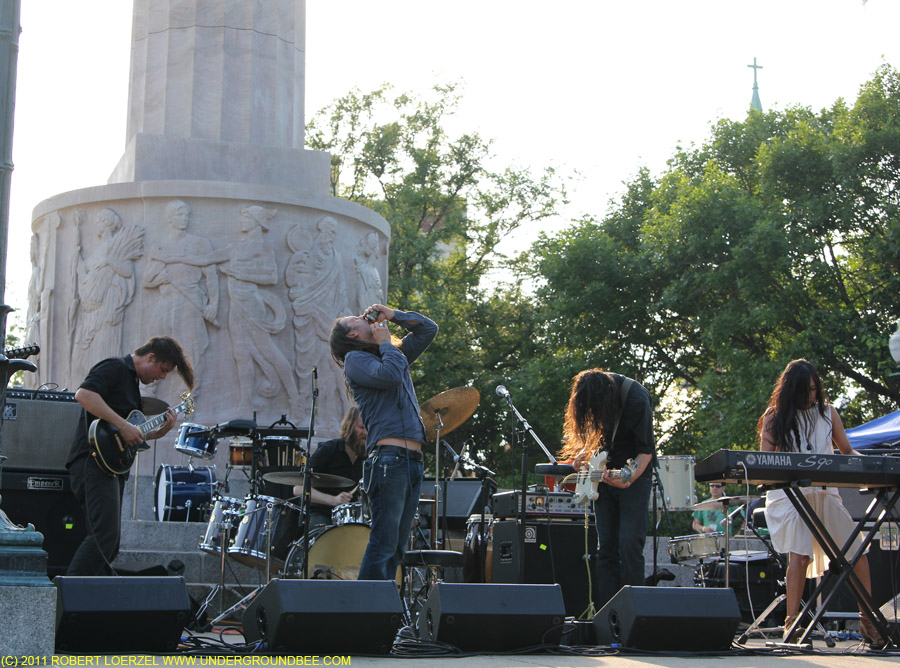 The latest cool spot for concerts in Chicago is Logan Square — the square itself, a park (which isn’t actually all that square) in the middle of Kedzie Avenue, Milwaukee Avenue and Logan Boulevard, where that eagle-topped column rises high above the traffic. (That’s the Illinois Centennial Monument.) The Empty Bottle put on a concert here last year with Lightning Bolt and Dan Deacon, which I missed. Sunday afternoon, the Bottle kicked off a new monthly series of free concerts featuring bands playing at the base of the monument. Due to my packed schedule (I had a play to see downtown), I wasn’t able to see the headliner, Califone, but I did catch the opening act, Chicago’s sprawlingly big hard-rock band Bloodiest.

A seven-piece band, Bloodiest pounded out a noise worthy of its name, but it’s inventive variation of heavy metal, as we should expect from any project involving singer Bruce Lamont, who’s also in Yakuza. (Greg Kot interviewed Lamont in the Trib last week for a piece about Bloodiest.)

The park turned out to be a pretty great place to enjoy the weather and catch some music, and I’m looking forward to seeing some of the future shows. (July 24: Thee Oh Sees with Football. Aug. 21: High Places. Sept. 18: Mucca Pazza.) 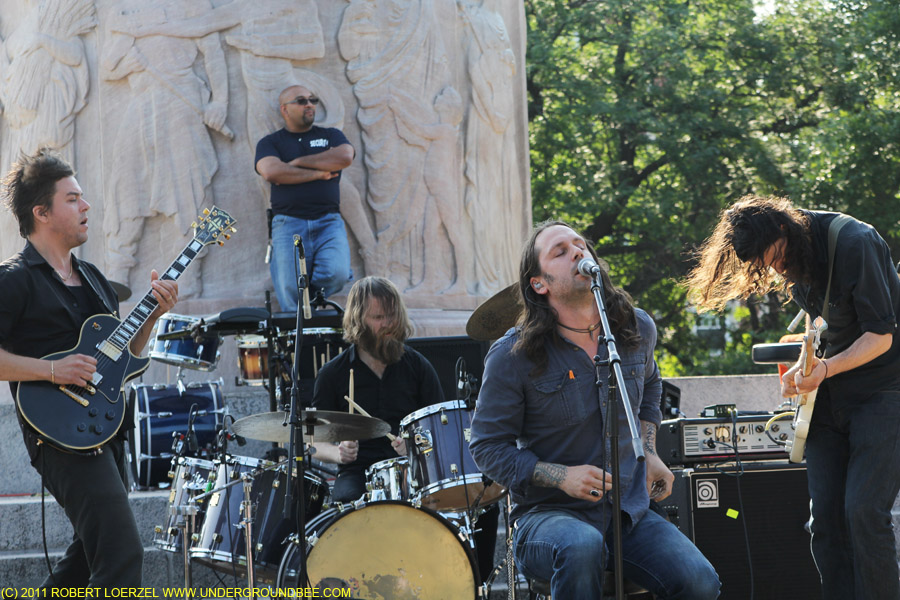 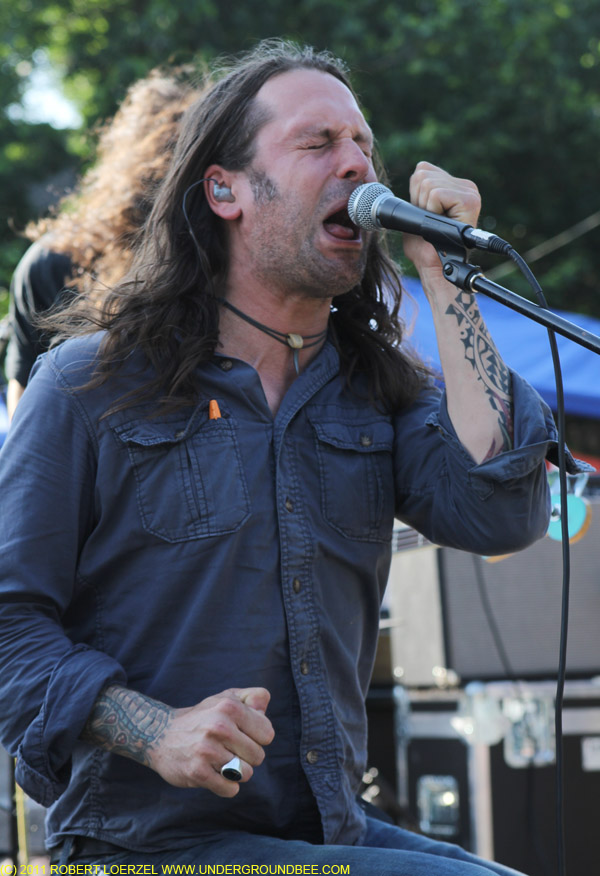 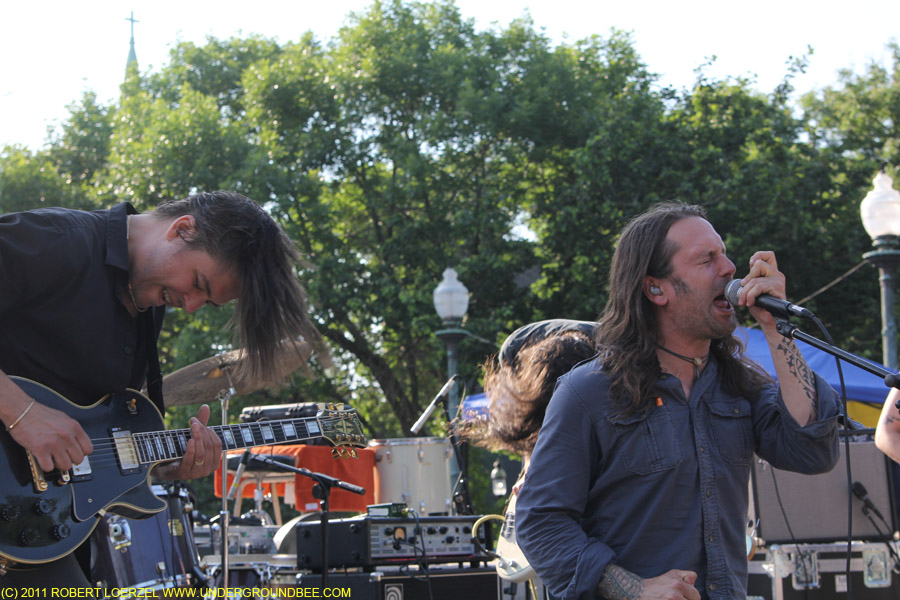 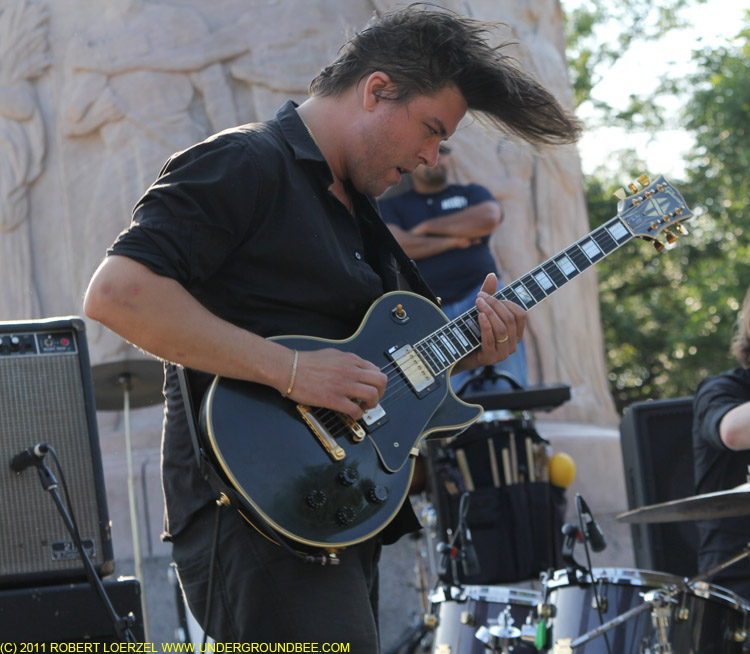 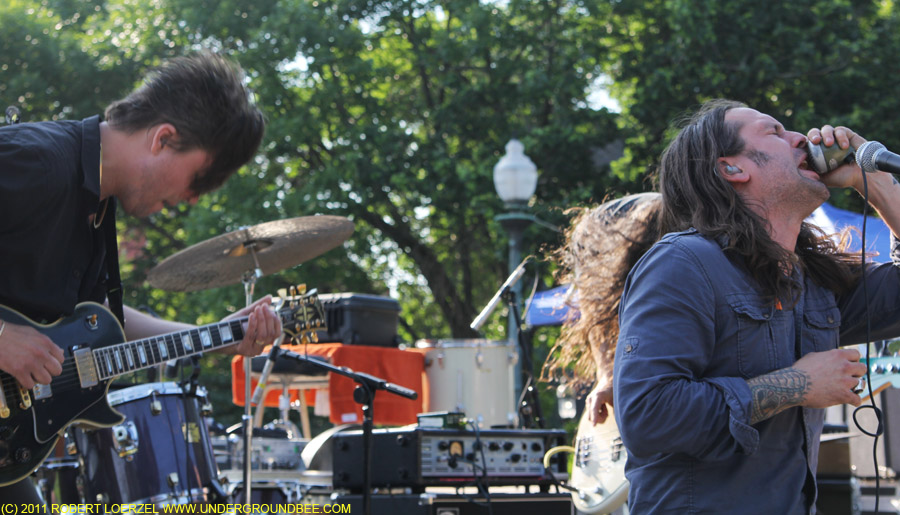 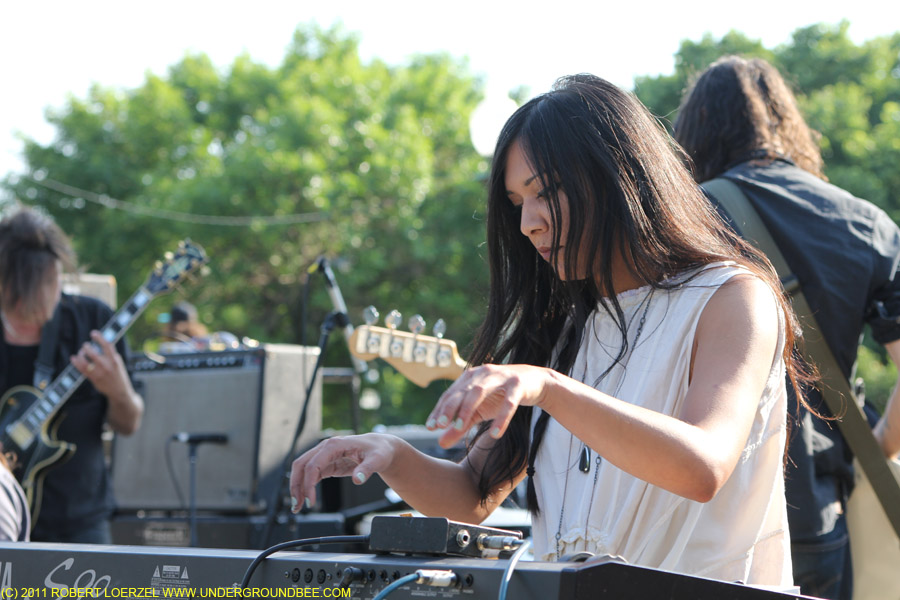 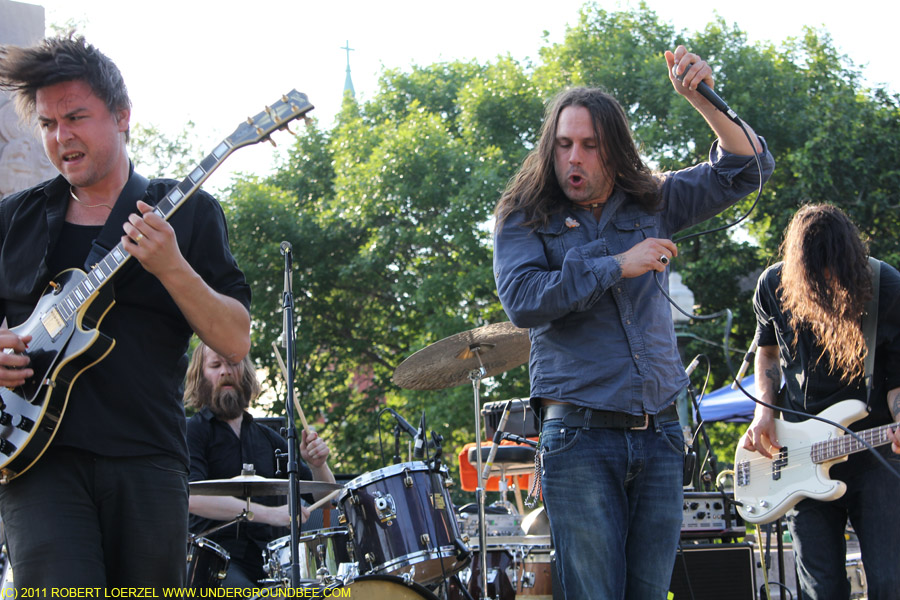 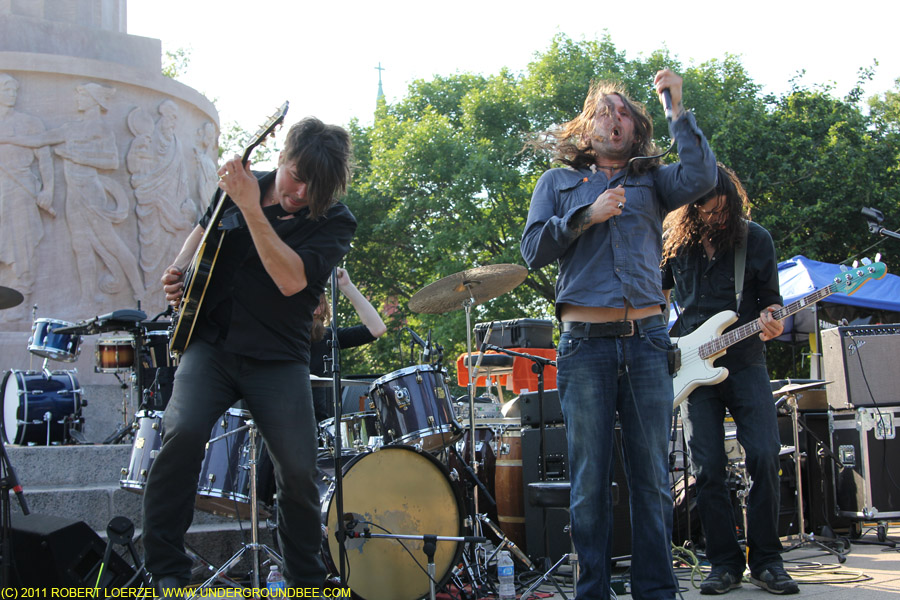 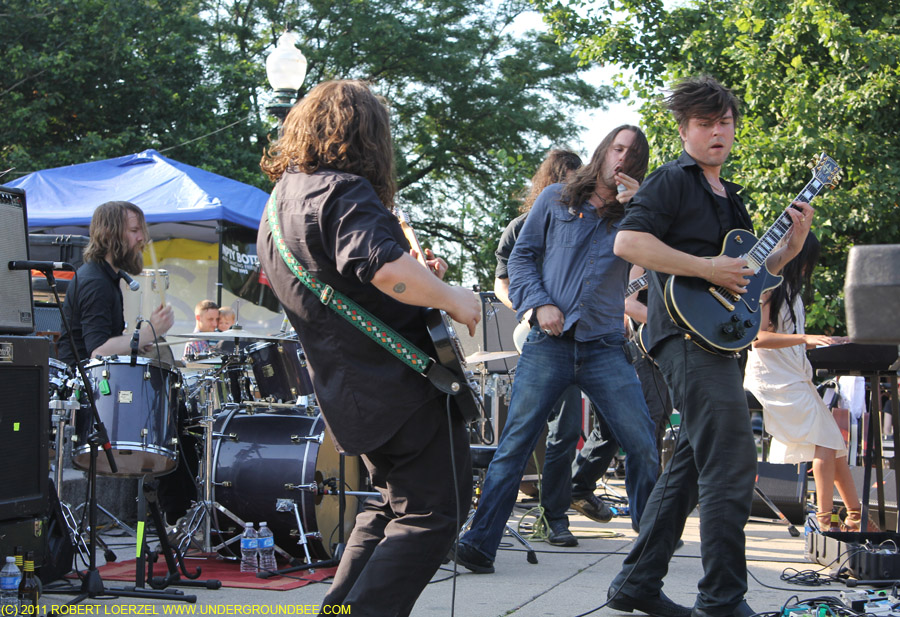 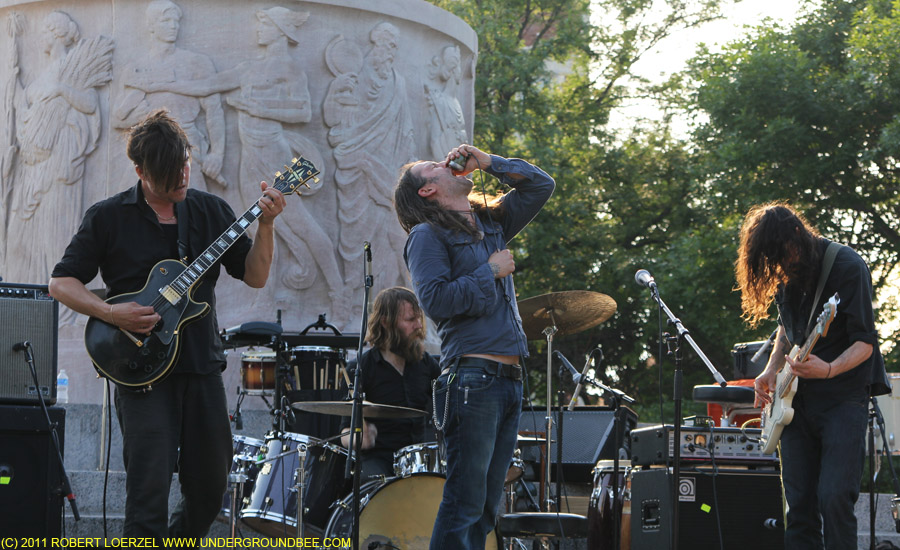 One Reply to “Bloodiest at the Logan Square Monument”