The Hideout celebrates its 15th anniversary with the annual outdoor show known as the Hideout Block Party this Saturday. And tonight, there’s a photo exhibit across the street at High Concepts Lab. I’ll have some pictures in that show, along with other photographers — including Jim Newberry, who was interviewed yesterday on WBEZ. The anniversary has drawn some great media coverage this week, including: Althea Legaspi’s story for WBEZ, Christopher Borrelli’s story for the Tribune, and Dave Hoekstra’s story for the Sun-Times.

As some of that coverage notes, the Hideout’s actually much older than 15 years. That’s just how long it’s been a music venue. The bar itself has been there since 1934, or longer. (Prohibition? What’s that?) Curious, I hunted through the searchable archive of Chicago Tribune article, looking for any references to the old Hideout. I didn’t find any, but I did find a few stories about happenings near the corner of Wabansia and Elston, which is the Hideout’s neighborhood.

According to this story, from Dec. 7, 1899, the area was known as “The Valley” back then, and it sounds like a rather ramshackle sort of place. If you wanted to demolish a building in that era, you could just put up a sign saying “HELP YOURSELF,” and the neighbors would promptly tear it apart. And there was a character in the neighborhood known as “Jack the Ripper.” Note that the address of this house and stable is shown as 55 Wabansia. This was Chicago’s old street numbering system, which changed over to the current system in 1909. 55 Wabansia would have been very close to where the Hideout stands today, at 1354 Wabansia, maybe a few doors away. According to this story, the house had once been a saloon run by “Old” Keating sometime around the late 1860s or early 1870s.

Not surprisingly, the area near the Hideout saw its share of crimes over the years. Here’s one from Feb. 27, 1902, when a man was robbed of 20 cents. 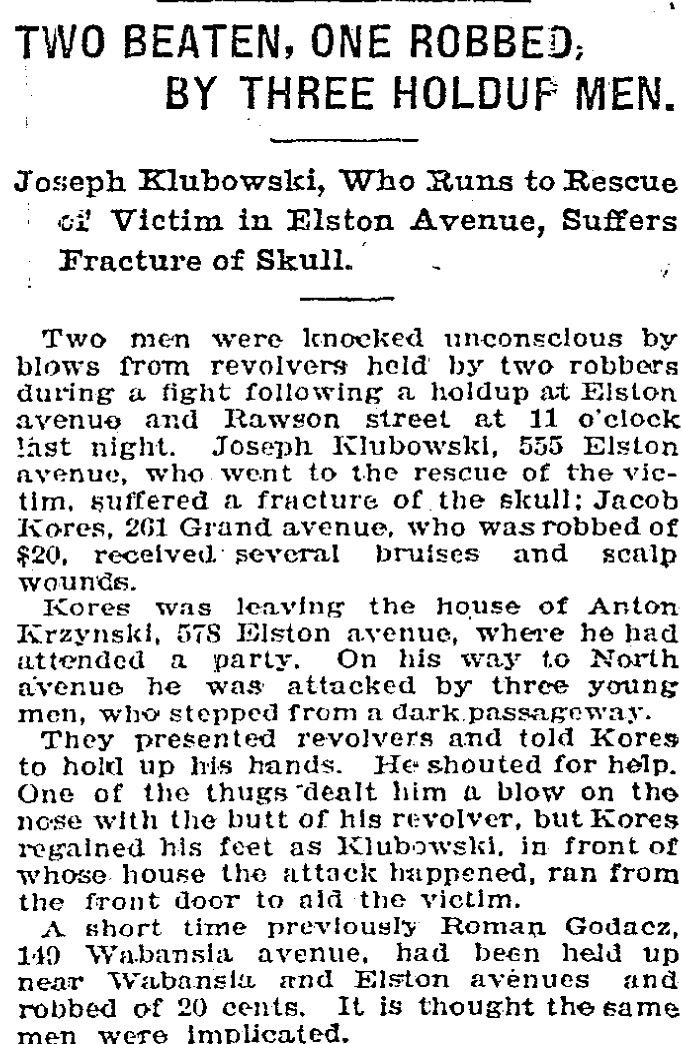 The industrial neighborhood around the Hideout included a beer warehouse, which suffered this unfortunate incident, reported on Jan. 8, 1940: 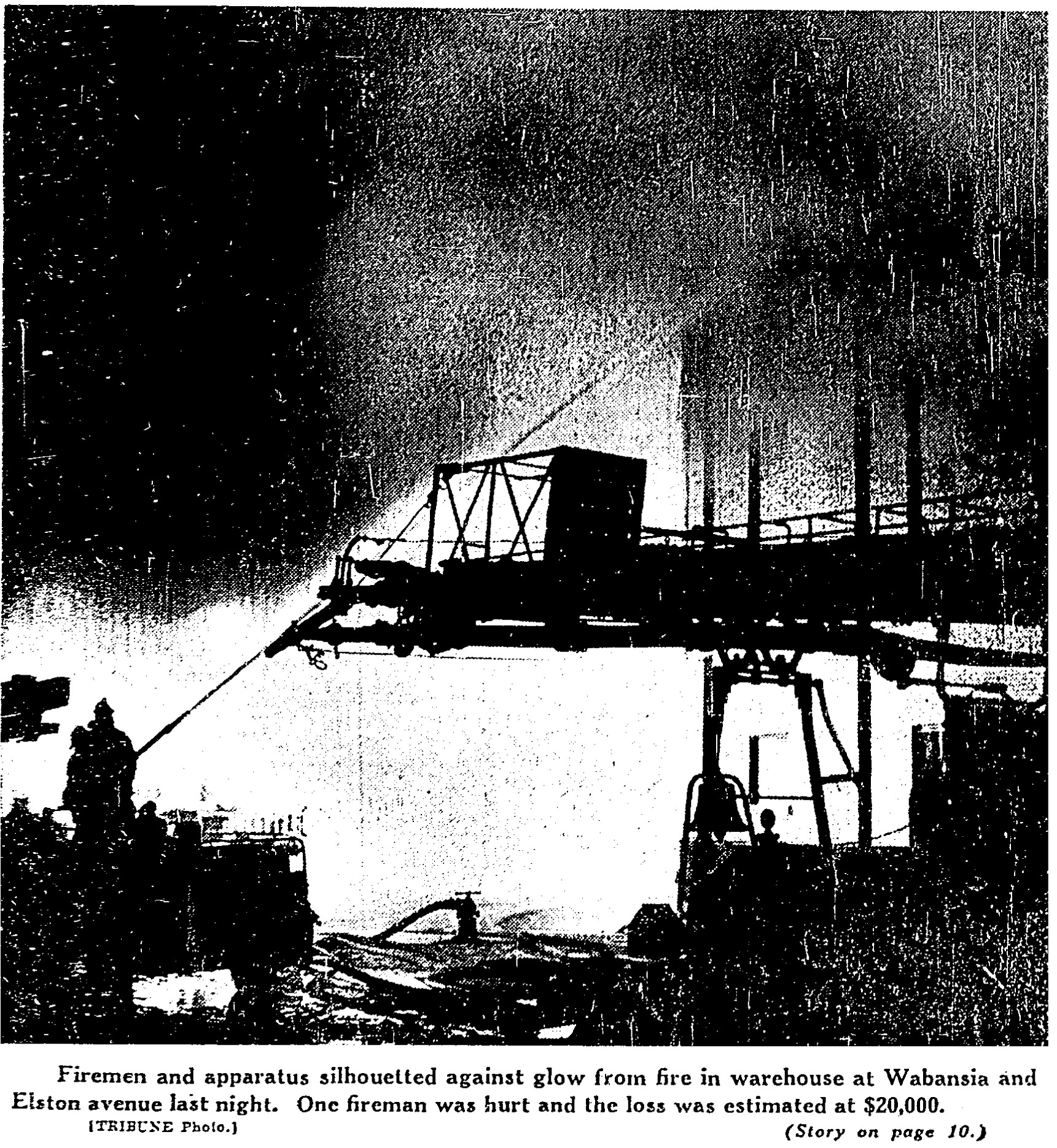 Crime struck again when $25,000 worth of “soap products” were stolen in a hijacking at Wabansia and Elston, as reported on July 18, 1963:

Too bad there isn’t more in the archive about the Hideout itself. But then again, guys hanging out in a bar isn’t the sort of thing newspapers generally write about … unless something bad happens.

One Reply to “Some Hideout prehistory”