Malian singer Fatoumata Diawara put on a fantastic show Saturday (July 13) at the Square Roots street festival in Lincoln Square. She plays again on Monday evening, in a free concert at the Jay Pritzker Pavilion in Millennium Park. She began Saturday’s concert with a fairly demure presence on the stage, in spite of her colorful attire. But by the end, she was dancing with wild abandon, stirring up an almost frenzied response for the audience. She pulled a girl out of the crowd to dance with her during the encore, and the girl mimicked Diawara’s move, much to everyone’s delight. The band was terrific, too, locking into energetic grooves and letting loose with searing guitar solos. Amid the party atmosphere, Diawara paused a couple of times to explain some of her lyrics, including a plea for peace in Africa and a demand for the end to the practice of female genital mutilation. These were serious, sobering messages, contrasting with the joyful sound of Diawara’s music. 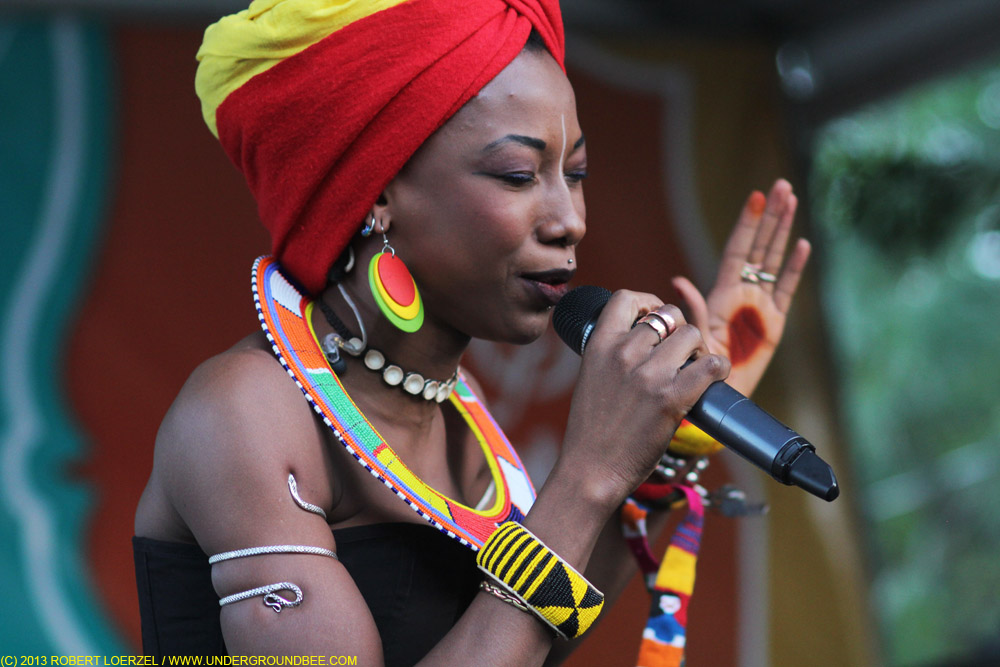 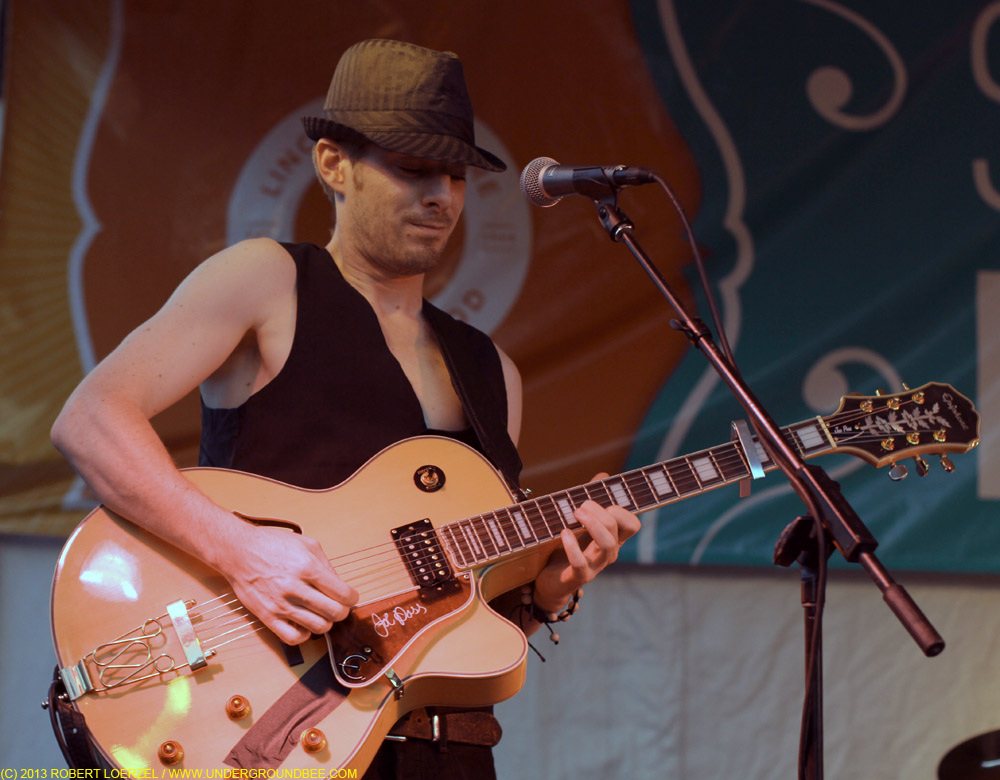 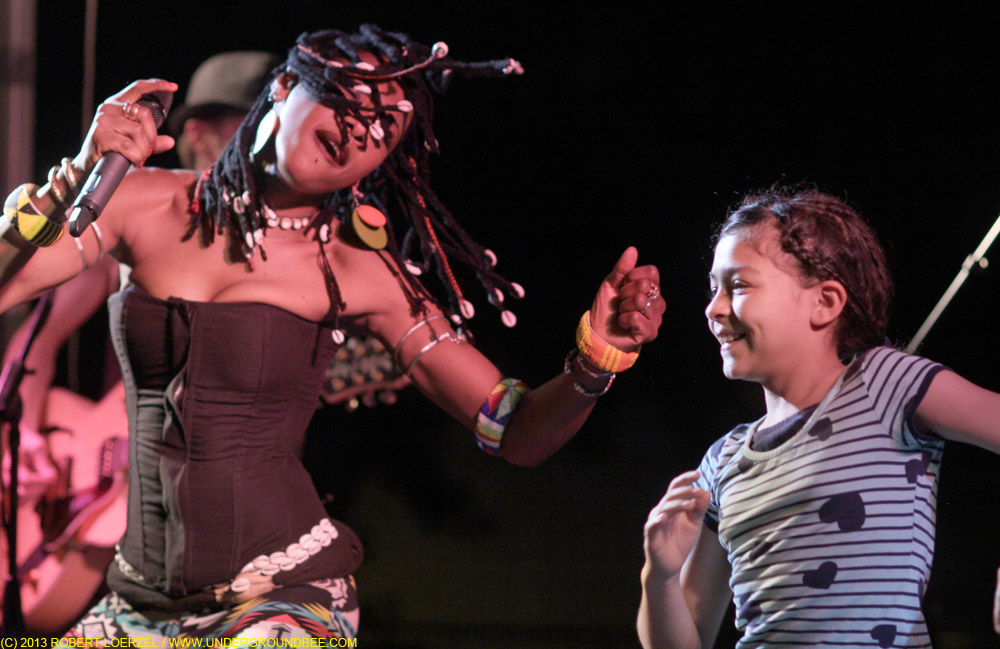 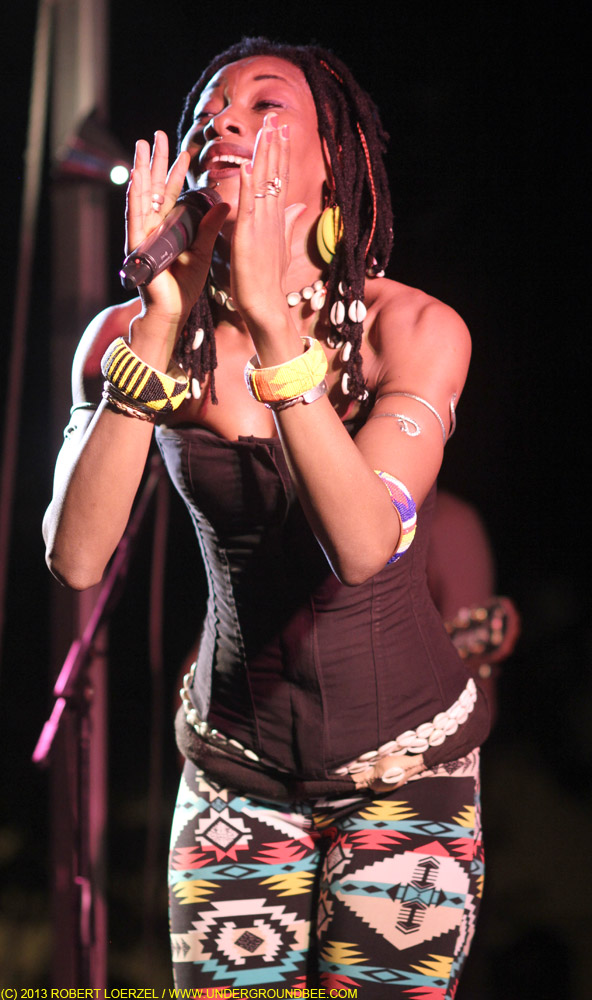