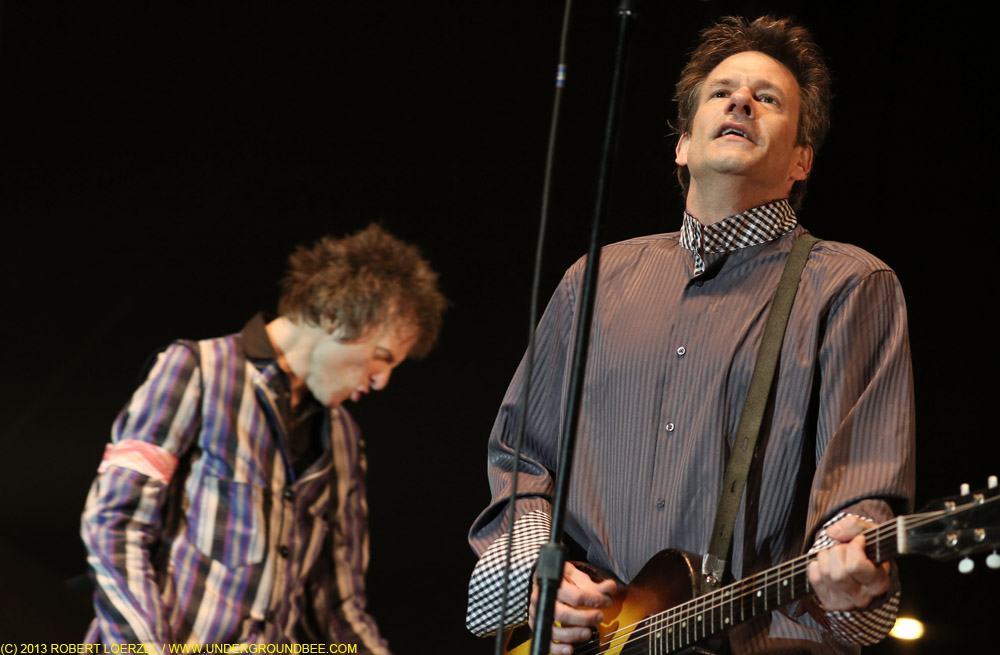 For some reason that I cannot recall, I did not see the Replacements when I had a chance to see them play at a small club, Mabel’s in Champaign, circa 1986. I was a student at the University of Illinois, a fan of ’60s music just beginning to discover that there was such a thing as new bands making cool records. The Replacements had just released their terrific album Tim, and I had just discovered the band. I vaguely remember having some lame excuse for not going to that show … not having enough cash for the measly cover charge, or maybe having too much homework. Something like that. Looking back, it’s one of the concerts I most regret missing.

Luckily, I did get to see the Mats a couple of times before they broke up: one show at the Aragon, and then the 1991 concert that turned out to be the final Replacements gig ever — until now, anyway — when they finished unceremoniously, handing their instruments over to their roadies on the Petrillo Bandshell stage in Chicago’s Grant Park. As I recall, both of those shows were pretty good, but I felt like I’d missed the real Replacements — the earlier lineup of the band, which was famous for playing sloppy, drunken, raucous but often brilliant gigs. Maybe I was just feeling envious of the people who could say, “I saw them back then.”

When the Replacements made the surprise announcement that they were reuniting for three Riot Fest concerts in Toronto, Chicago and Denver, it wasn’t the least bit surprising that people immediately started debating whether this was really the Replacements. True, this is not the same band that played those legendary gigs, like the one captured on the “official bootleg,” The Shit Hits the Fans. And no one has a time machine to take us back to one of those gigs. But this was the Replacements’ driving force, singer-songwriter-guitarist Paul Westerberg, reuniting with another original member, bassist Tommy Stinson, and playing Mats songs. So what if the other musicians (drummer Josh Freese and guitarist Dave Minehan) were new guys?

If you had any doubts that this was actually the Replacements, they should’ve been erased by the sight and sound of these guys onstage Sunday night at Riot Fest (Sept. 15) in Chicago’s Humboldt Park. Westerberg’s face frequently broke out into a grin. It was obvious both he and Stinson were having a blast as they tore through some of the hard-edged garage rock songs they played together as teens a few decades ago. In the years since the Replacements broke up, Westerberg has been a mercurial figure, rarely giving interviews, sporadically putting out solo music and giving little hint that he had any interest in ever doing a Replacements reunion. But he did not give off the air of someone who was just going through the motions or reluctantly taking the stage. He looked like he was reveling in the moment.

The Replacements powered through their harder-rocking songs. Videos and recordings of the band’s Aug. 25 show in Toronto showed that this Replacements lineup was already sounding tight, and they clicked once again Sunday during their triumphant return to Chicago, the city where the old Mats broke up onstage. But it wouldn’t be a true Replacements gig without at least a little bit of sloppiness, or some goofy offhanded remarks by Westerberg.

As he flubbed the lyrics to “Androgynous,” Westerberg said, “I forgot the fucking words,” and laughed at himself. During “Swinging Party,” he asked Minehan to change the tone of his guitar. “Could you lose that Cure thing? That vibe,” he said — and then, before getting back into the song, he blurted out, “I don’t know what the second verse is. … I got it, I got it, I got it.” At another point during the show, Westerberg did a bit of Tarzan dialogue. 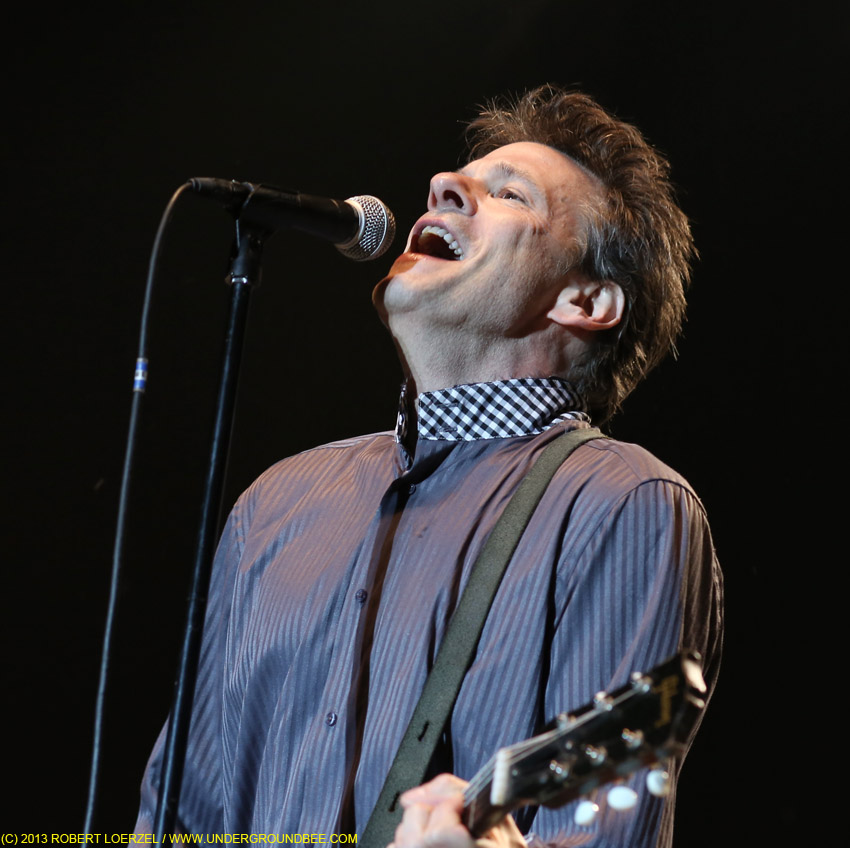 Aside from those asides, Westerberg reminded me of what a great vocalist he is, delivering his memorable turns of phrase with such natural ease and emotion. At times, he would let himself fall a beat or two behind, slipping back into the melody with timing something like a jazzy lounge singer.

When the Replacements played a frenzied cover of the English punk band Sham 69’s “Borstal Breakout,” some slam dancing broke out in the crowd near where I was standing. Young guys in black punk-rock T-shirts started flinging themselves at one another, and the middle-aged Replacements fans standing nearby moved back to give the crazy kids some space (and to protect themselves from getting slammed).

The high points for me were the Mats classics “Left of the Dial,” “Can’t Hardly Wait” and “Bastards of Young,” which this band — Westerberg, Stinson, Freese and Minehan, or whatever you choose to call them — played with all the youthful spirit of the old Mats. It wasn’t exactly like going back with a time machine, but it was the closest thing available to that.

See more of my photos of the Replacements at Riot Fest.

(In the next few days, I’ll be posting photos of other bands I saw at Riot Fest, along with a recap of the festival.)