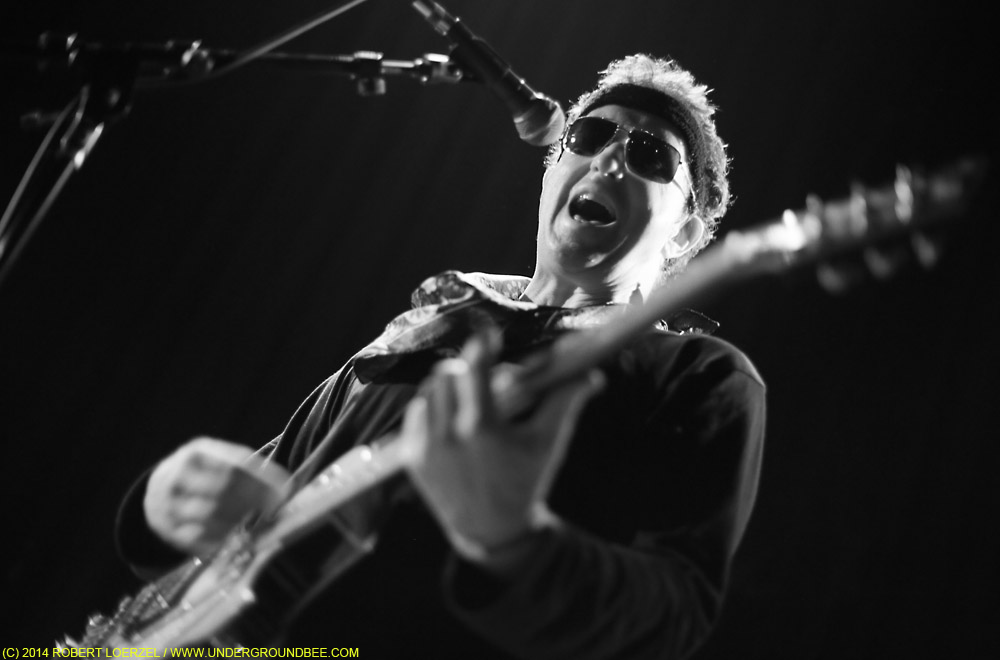 The Clean’s concert on Monday, Aug. 18, at Lincoln Hall was one of those shows that leave you scratching your head and asking: What just happened?  The legendary New Zealand band doesn’t come around all that often — the last time was a show at the Bottom Lounge in 2010 — so any appearance they make in Chicago is an event.

The trio sounded a little ragged, but I enjoyed the raggedness of the jams. As the Clean took the stage, drummer Hamish Kilgour crouched down next to his drum kit, as if hiding, tapping his drumsticks at the edges of the set. As that first song, the instrumental “Fish,” progressed, he eventually took his seat behind the drums. Bassist Robert Scott nonchalantly stood, holding down the rhythm. And guitarist David Kilgour stood with his back to the crowd, leaning toward his amp. It was a good while before he showed his face to the audience for more than a few seconds. At one point early in the set, Hamish hopped up from behind his drum kit, stepped off the stage and stood in the crowd for a minute, then got back up and leaned down to put his sunglasses on the microphone in front of his bass drum.

A few of the songs ended abruptly, like tossed-off numbers at a rehearsal — which made them feel more real to me. But then, after playing just 45 minutes or so, the band bid everyone good-night and left the stage. A long, loud round of applause followed, as the Clean fans made it clear they wanted to hear more. For one thing, the band hadn’t played its most famous song, “Tally Ho.” One guy was shouting, “Bullshit! Bullshit! Bullshit!” — apparently, as his way of saying the band should play more. Hamish Kilgour and Scott returned to the stage and seemed to be getting ready to play, then went back behind the curtain. More applause. Hamish Kilgour and Scott return again. They disappear again. They come back, again without David Kilgour. Hamish said someone from the audience would have to come onstage to make an encore happen.

A guy I know from Laurie’s Planet of Sound, Paul Nixon, climbed onto the stage and took the microphone, offering a polite and gracious message to David Kilgour: The audience wants you to come back onstage and play more. Still, no sign of Kilgour. Now, a few other audience members (including my friend Sam O’Rama) got onstage to sing “Tally Ho” while two-thirds of the Clean played two-thirds of the song. Midway through the tune, another guy from the crowd climbed up and started playing the song’s three chords on Kilgour’s guitar (and playing it pretty well). And that’s how the show ended, with this odd audience singalong and the Clean missing one of its key members.

From what I recalled, the Clean’s last Chicago show, in 2010, was longer. But looking back at what I wrote about it, I see a harbinger of last night’s events:

Guitarist David Kilgour left the stage rather abruptly at the end of the main set and then again at the end of the first encore, almost seeming to surprising his band mates, drummer Hamish Kilgour and bassist Robert Scott. It seemed that the band was calling it a night at that point and the Bottom Lounge turned on the house music. But the audience wasn’t ready to leave, giving the Clean a loud and sustained round of applause, and finally the guys came back and played one of their best-known tunes, “Tally Ho!”

At last night’s show, Hamish Kilgour’s wry stage banter included the question, “What is a rock concert?” (Or words to that effect.) What indeed? This was certainly a rock concert, but unlike any I’ve seen. 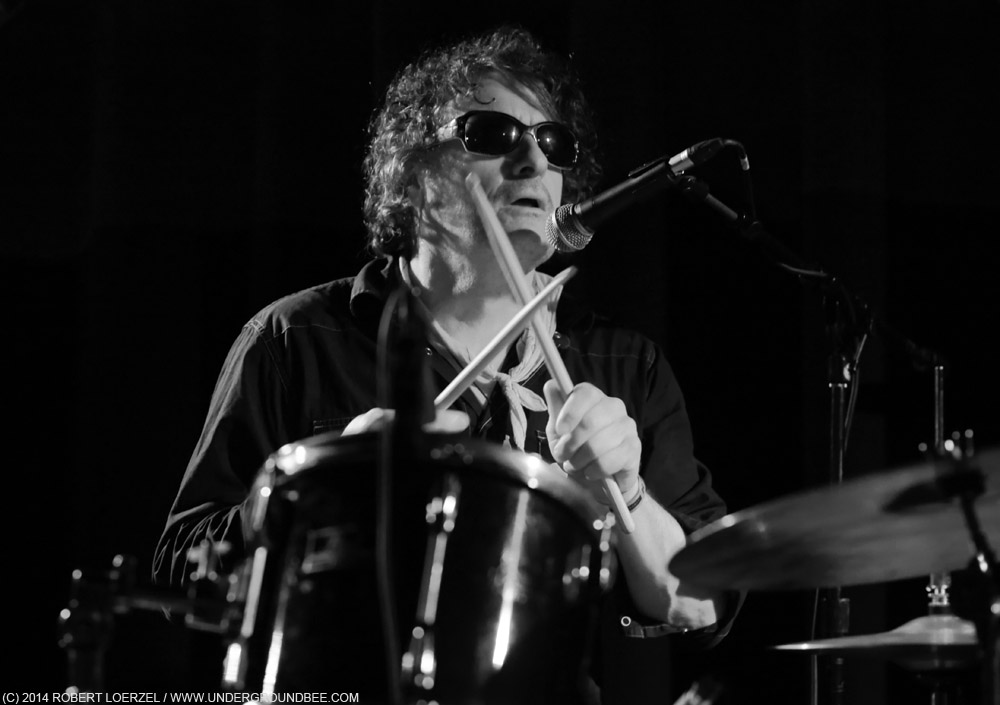 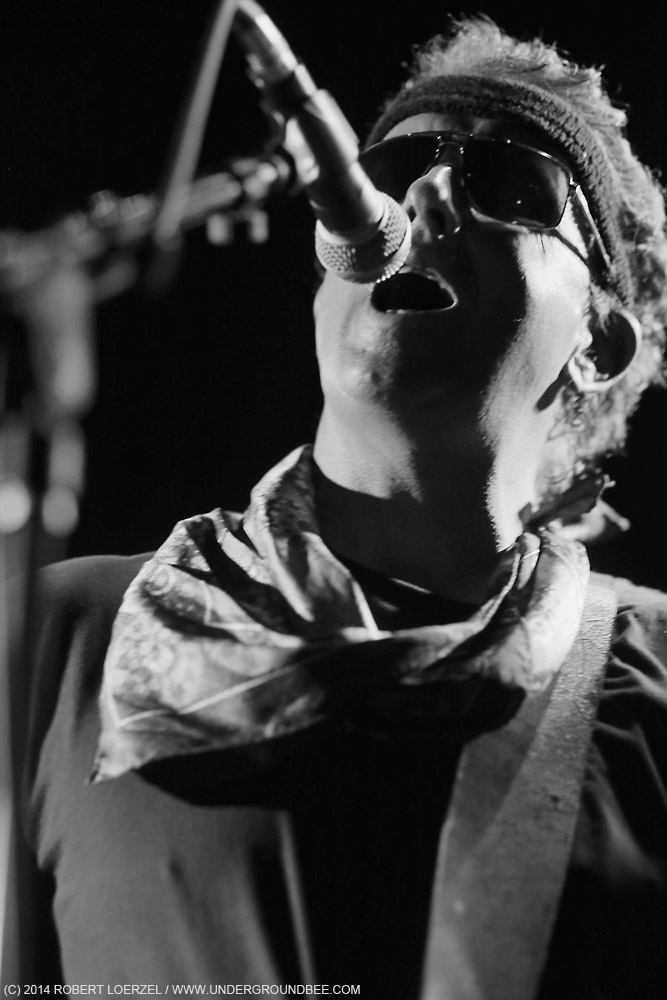 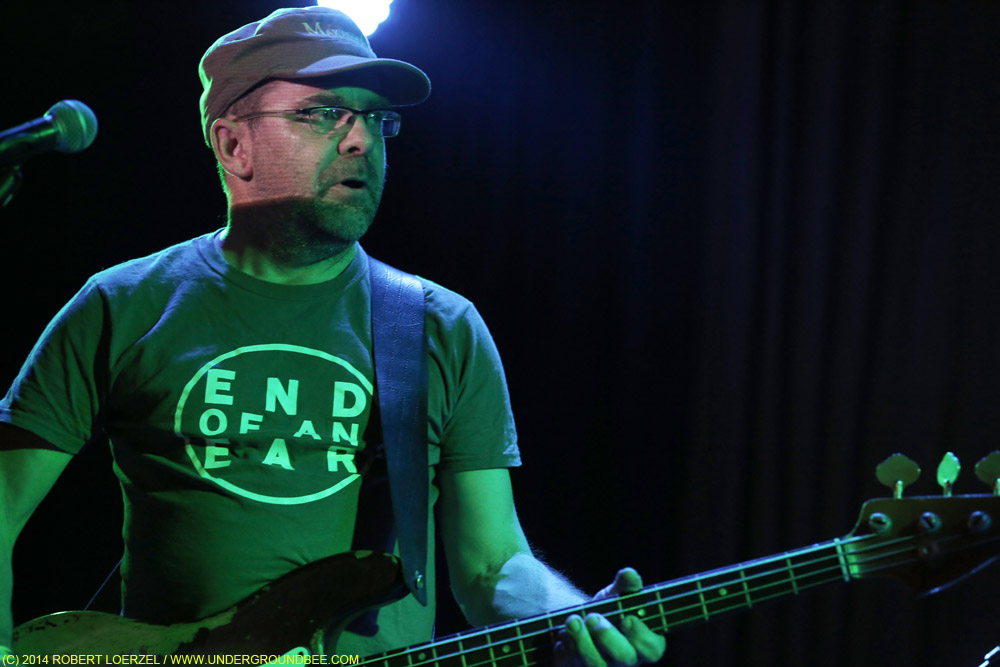 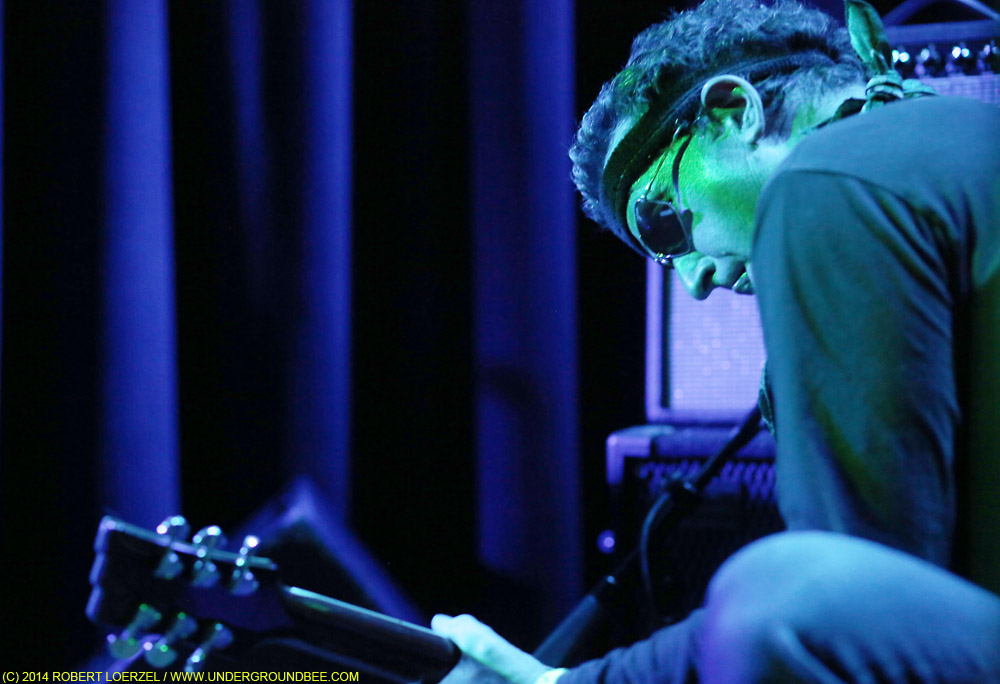 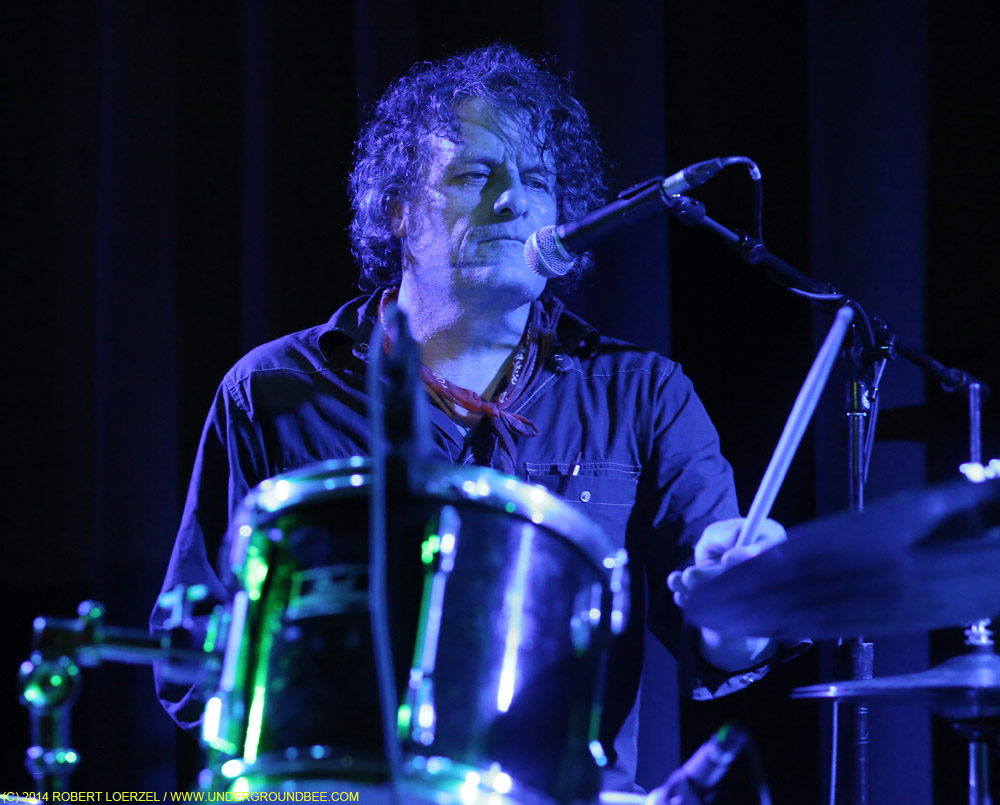 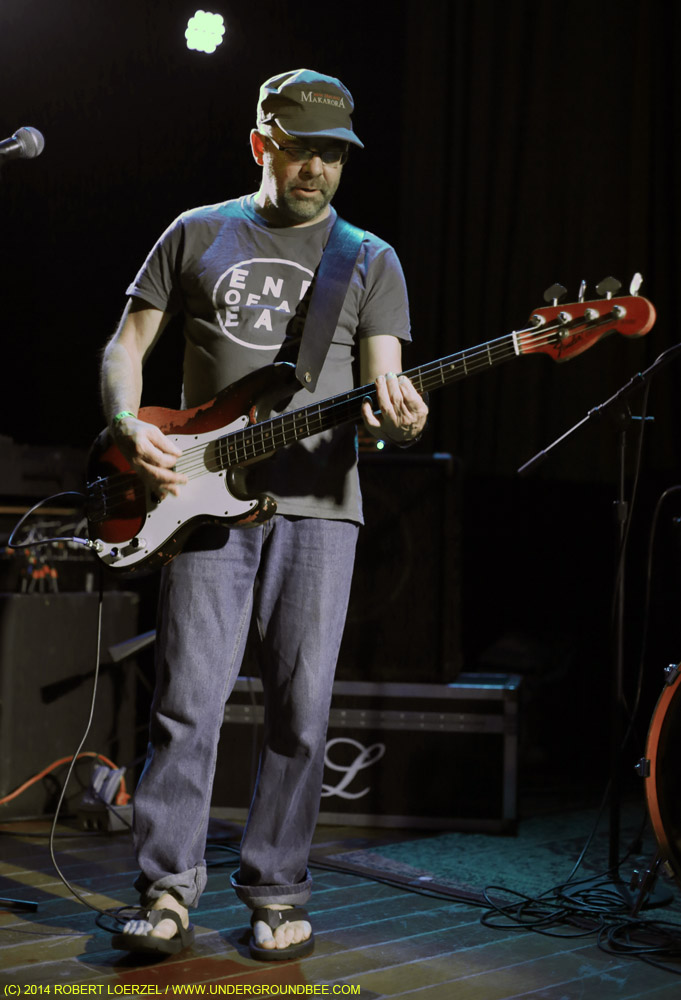 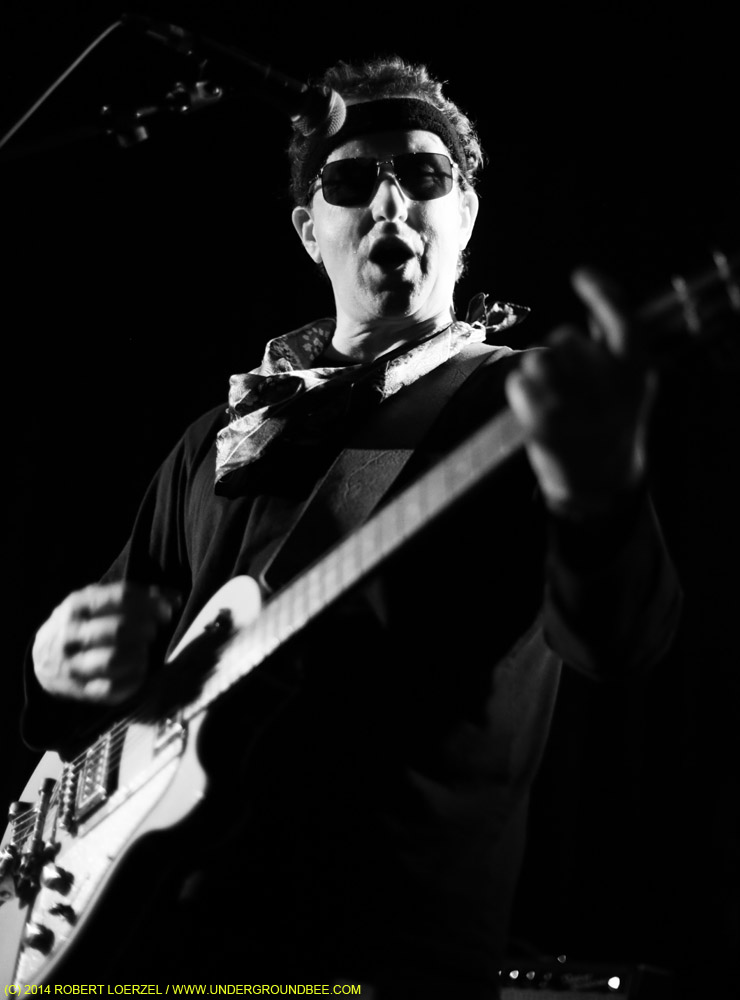 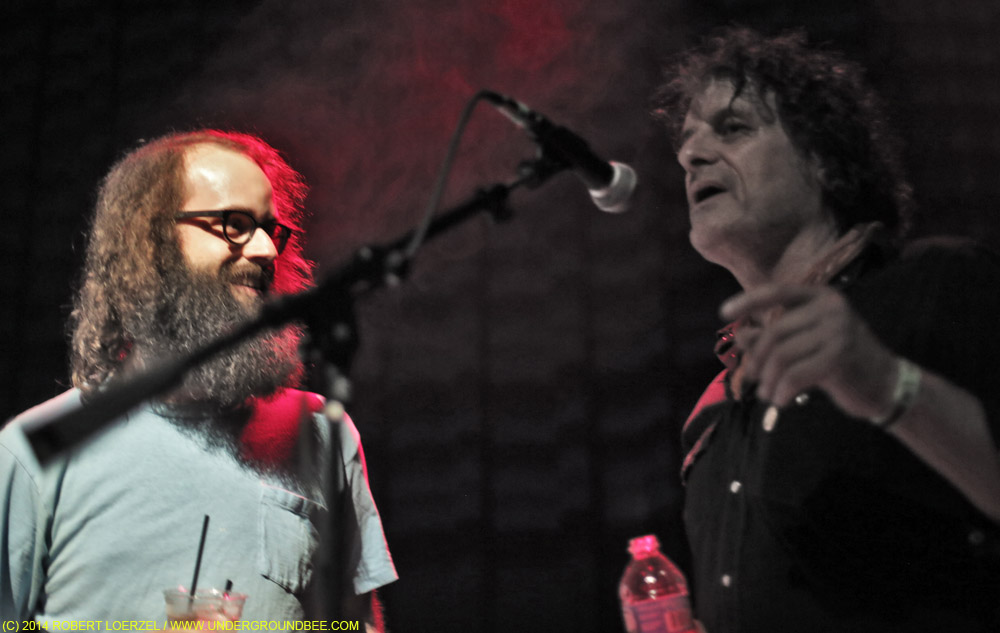 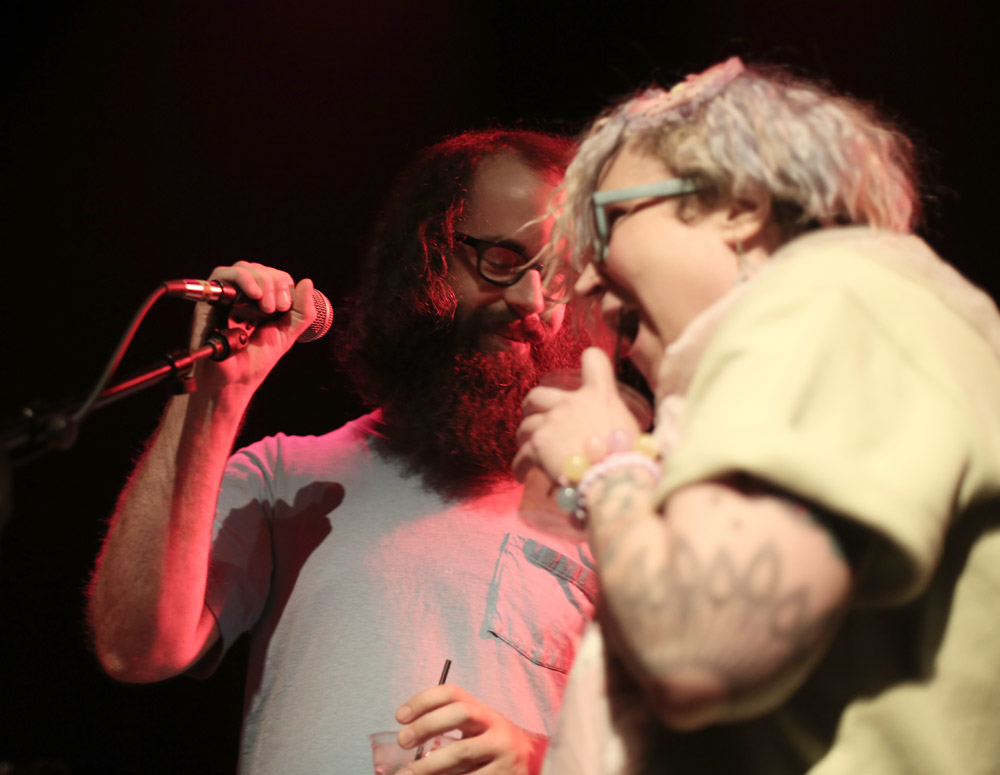 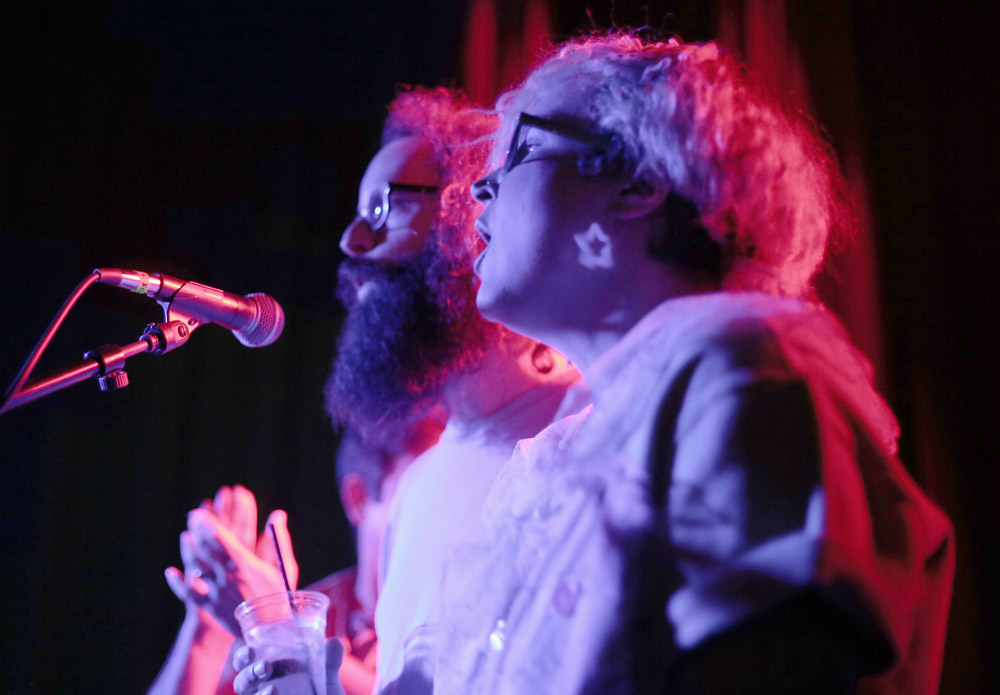 The opening band Monday at Lincoln Hall was the wonderful psychedelic Brazilian outfit called Boogarins. Given the fact that they’re from Brazil and sing in Portuguese, they are bound to remind you of the late ’60s Tropicalia movement, but singer-guitarist Benke Ferraz told the Chicago Tribune’s Greg Kot that music of Pink Floyd’s Syd Barrett was an even bigger influence on Boogarins. All of that was audible as Boogarins dug into its colorful rock symphonies on Monday night. 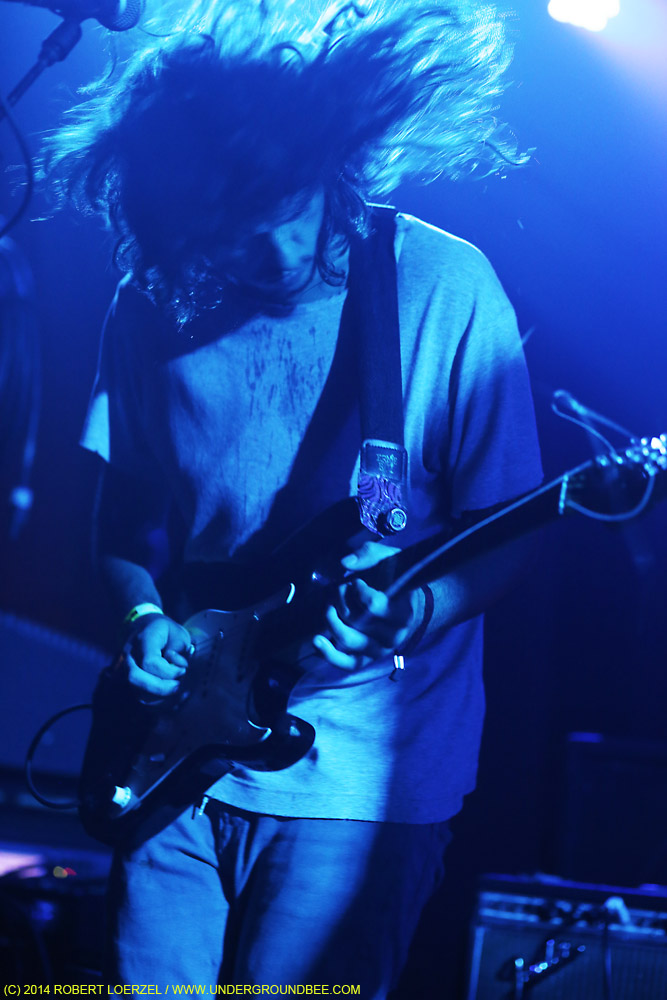 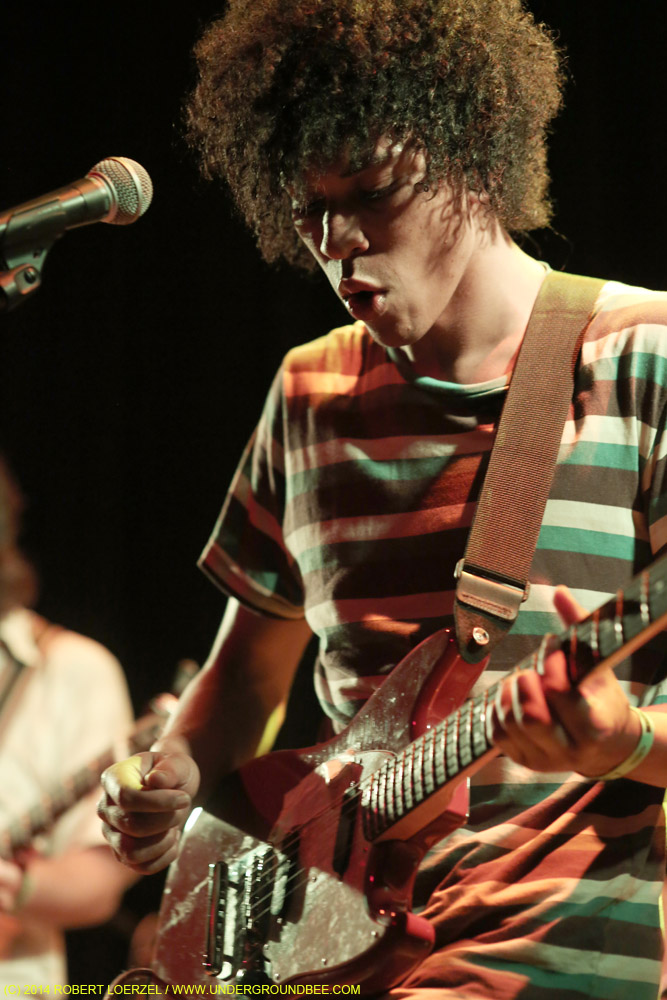 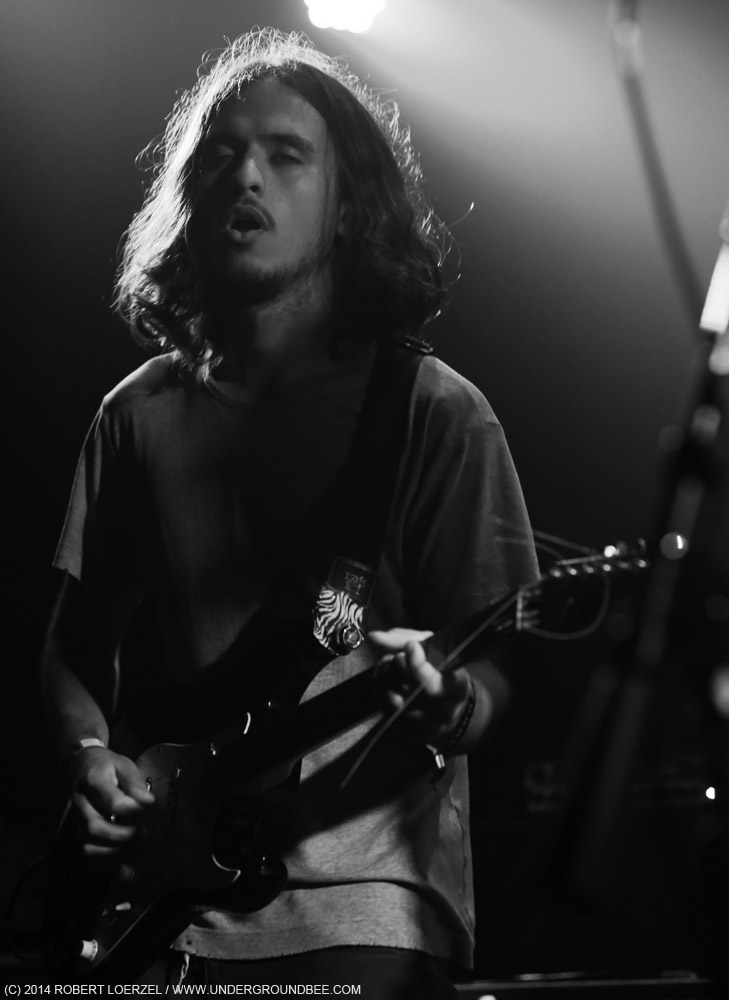 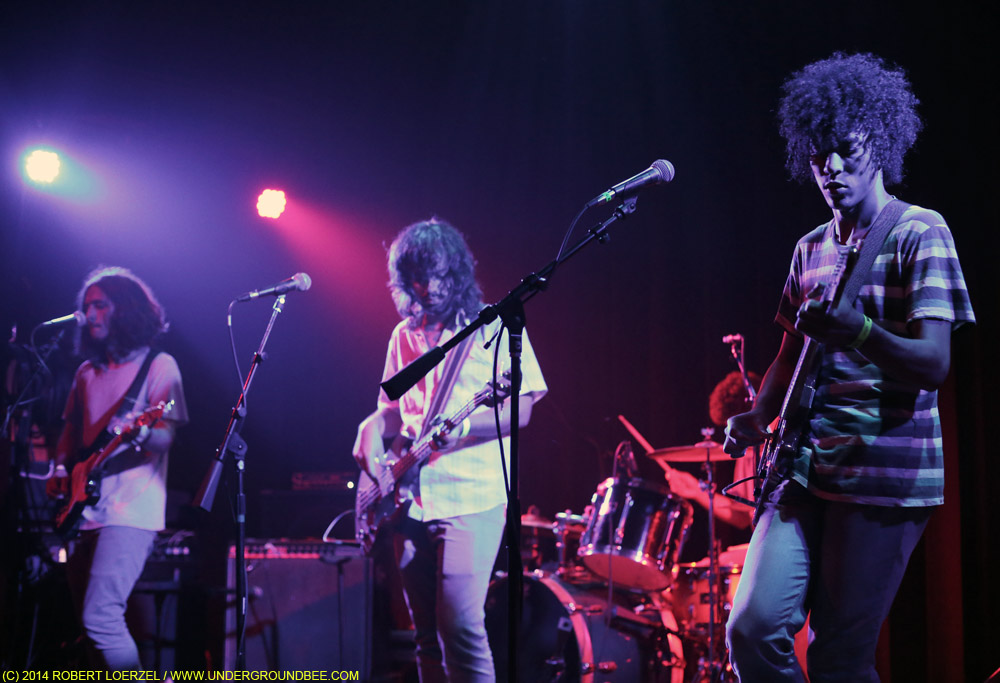 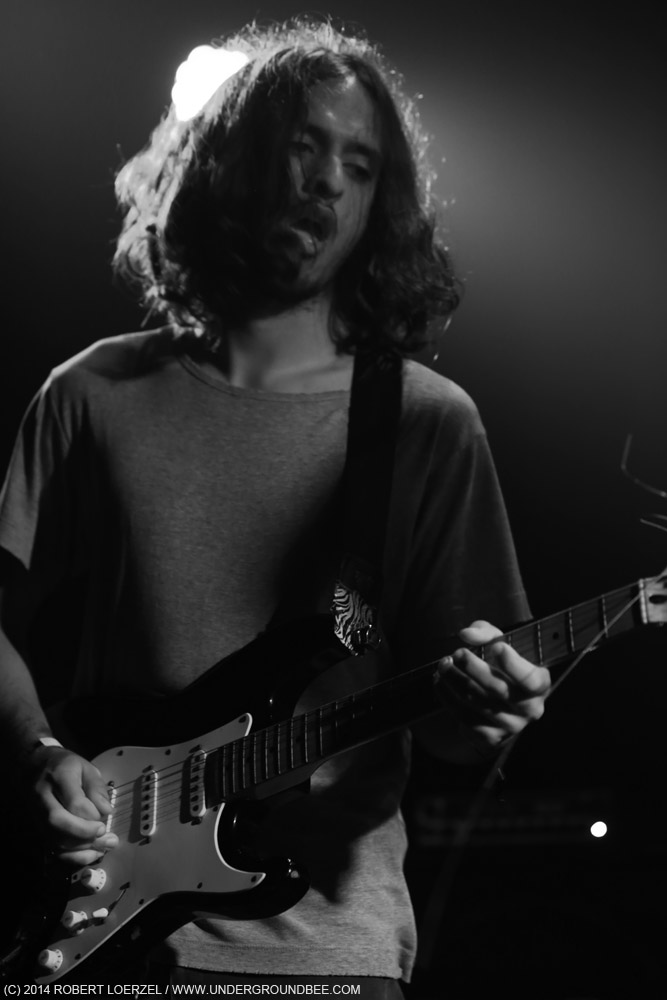 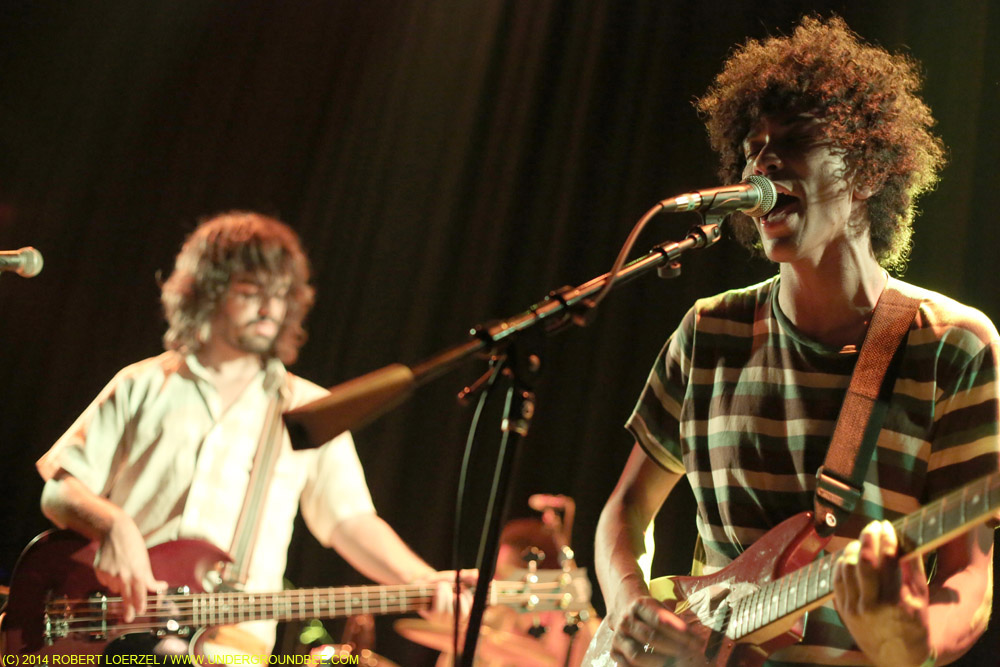 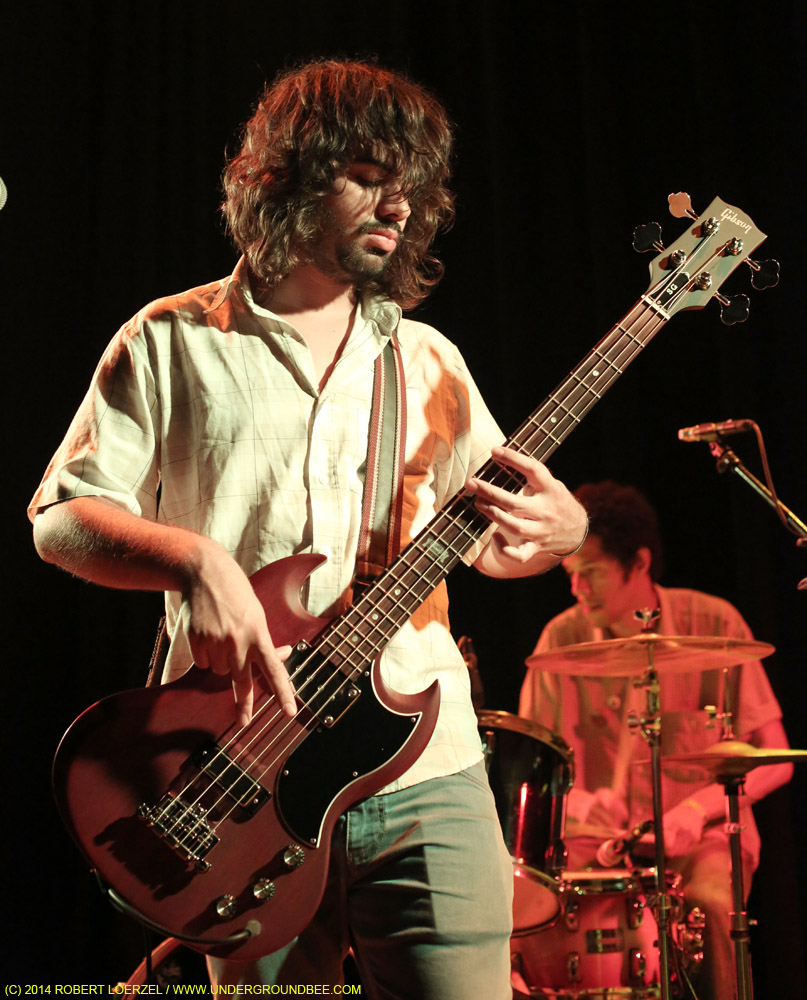