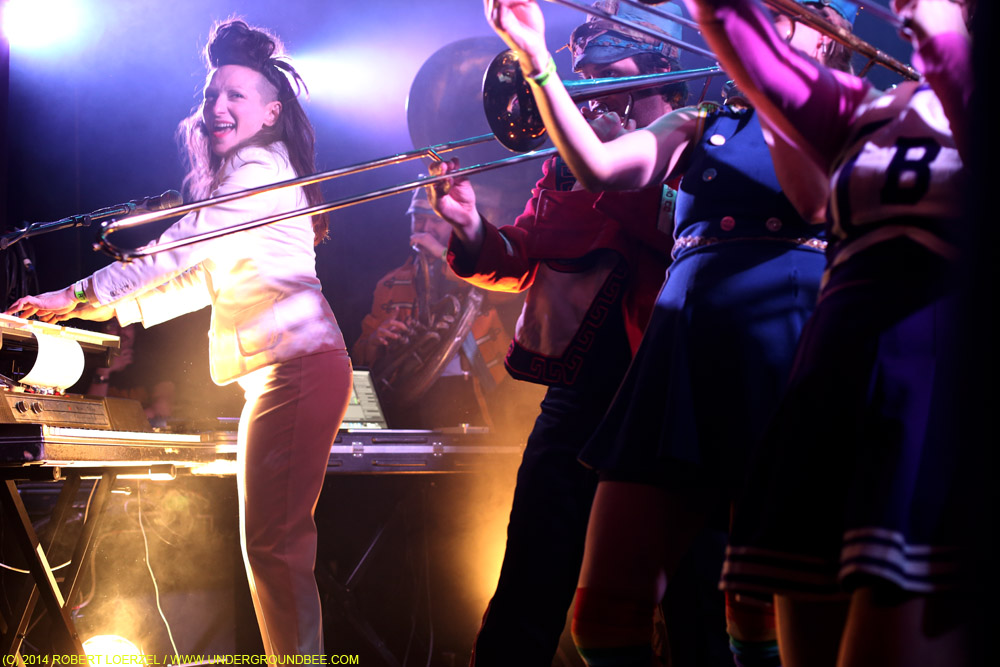 My Brightest Diamond, the musician also known as Shara Worden, is a crossover artist in the best sense of the term. She easily dances between the realms of rock, classical music, cabaret and art songs. She knows how to use her lovely voice as an operatic instrument, but when she plays her electric guitar and rocks, she doesn’t sound like an opera house diva trying to be a pop star. This past summer, My Brightest Diamond played a free concert at the Jay Pritzker Pavilion in Millennium Park, but it was called off after a few songs because of a torrential rainstorm. She was back in Chicago on Thursday, Nov. 13, playing a concert at Lincoln Hall, which she called a “rain date.”

Like the Millennium Park concert, this one featured the Chicago marching band Mucca Pazza in a prominent cameo role. After the opening set of pulsing electronic squiggles by Dosh & Ghostband, a blast of brass came from the balcony, where the members of Mucca Pazza had assembled. The band marched downstairs and played on the floor in the midst of the crowd, then came onto the stage, joining with Worden and her rhythm section in a rambunctiously fun opening number.

The rest of the concert featured just the core My Brightest Diamond trio, as Worden played several songs from her recent album, This Is My Hand, as well as songs from throughout her career. One highlight was the quiet ballad that Worden wrote for her infant son, “I Have Never Loved Someone the Way I Love You,” from her 2011 album All Things Will Unwind, which she performed solo, softly crooning the lullaby as she strummed the chords on her electric guitar. For the last song of the night, she sang a faithful rendition of Peggy Lee’s hit “Fever,” a fine demonstration of her wide-ranging interests and remarkable talent. 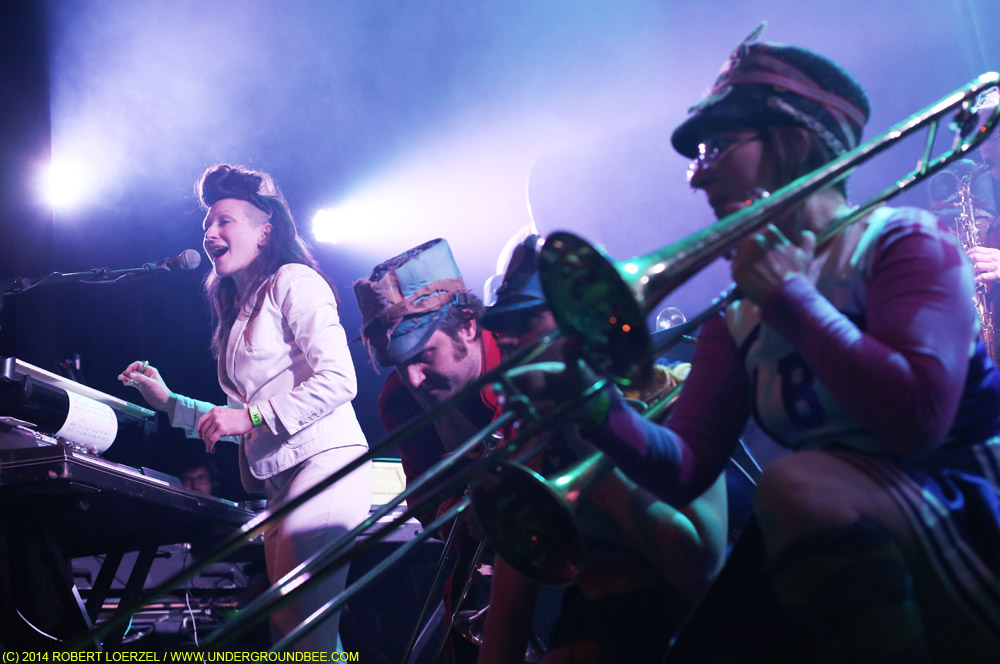 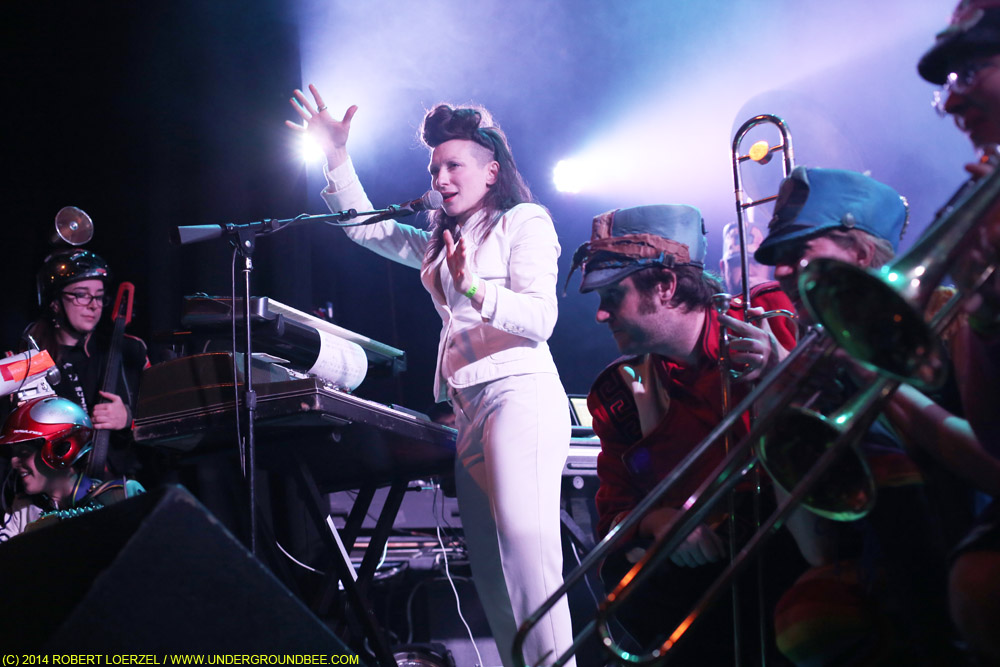 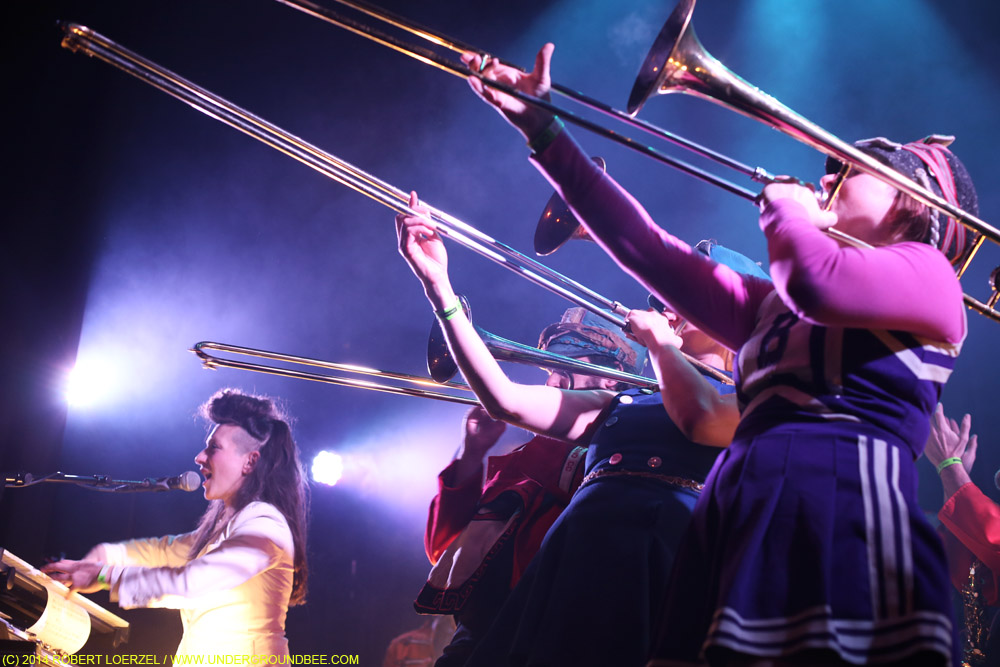 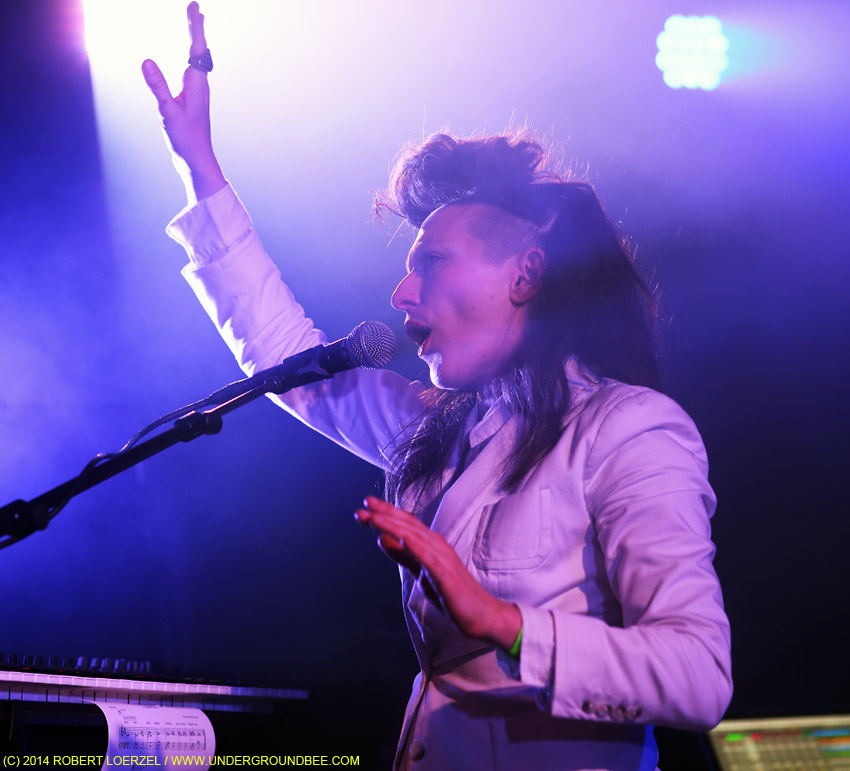 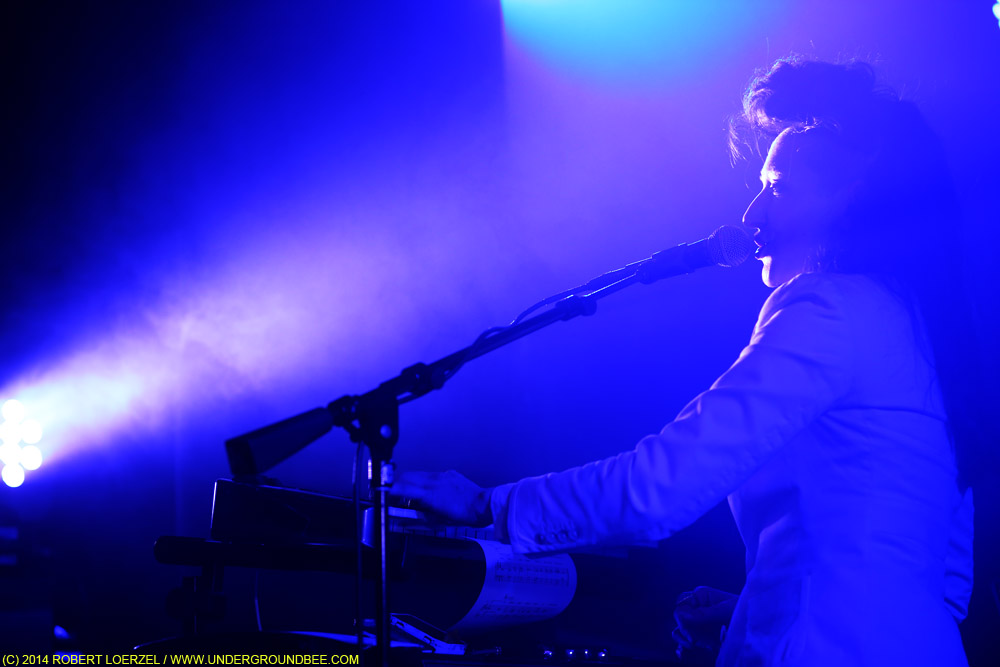 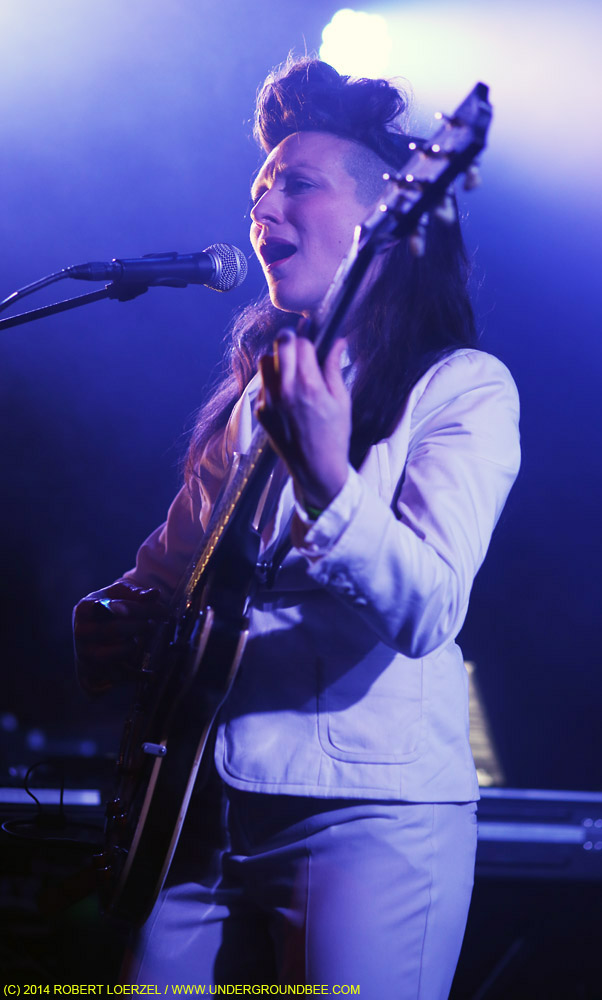 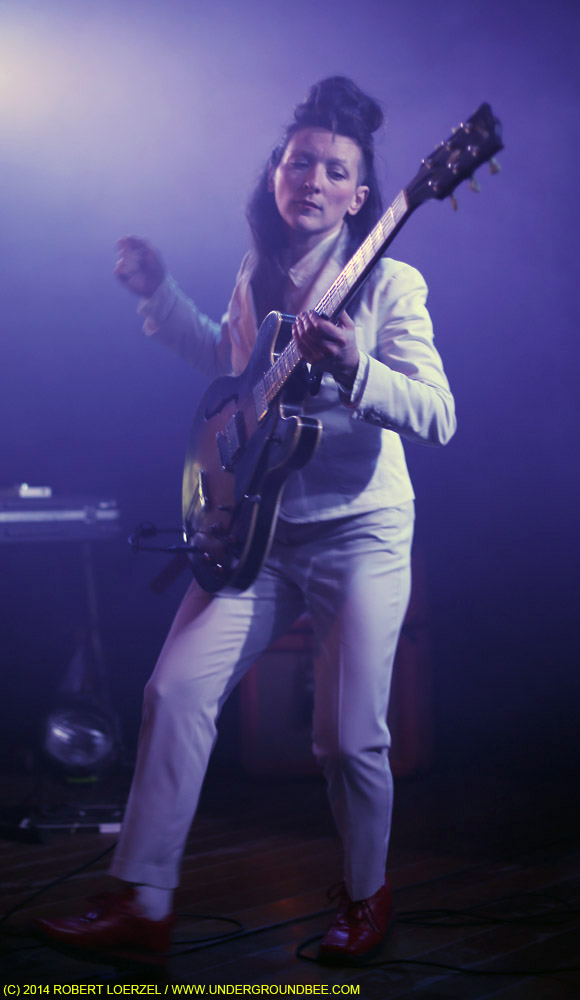 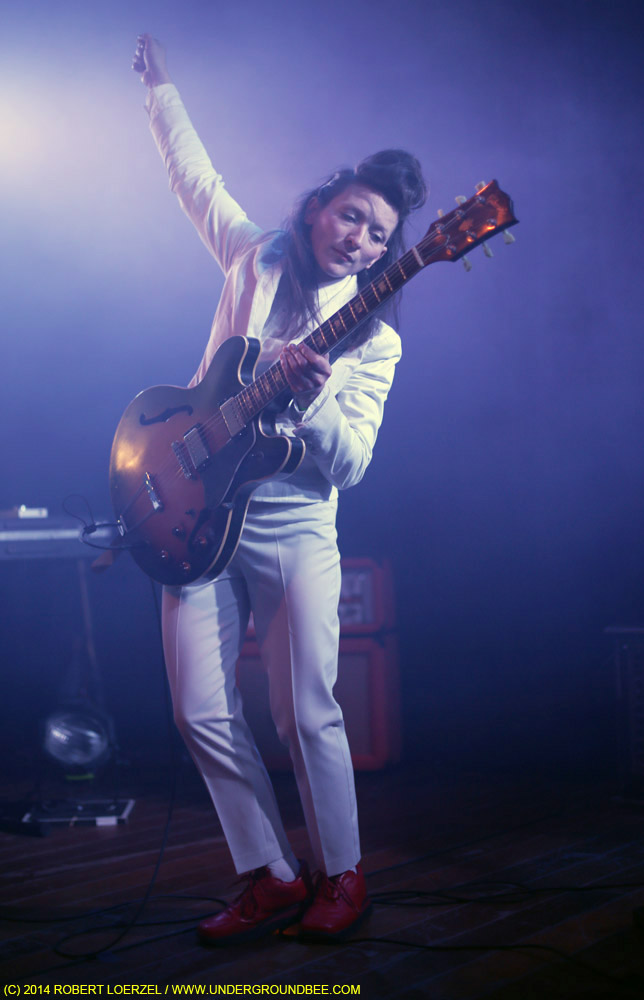 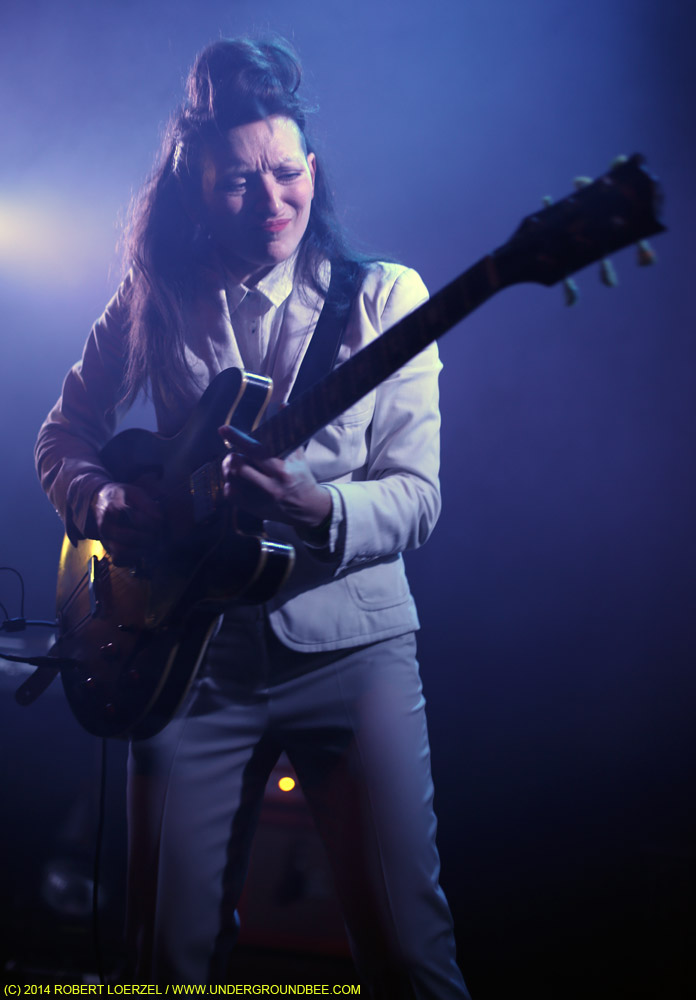 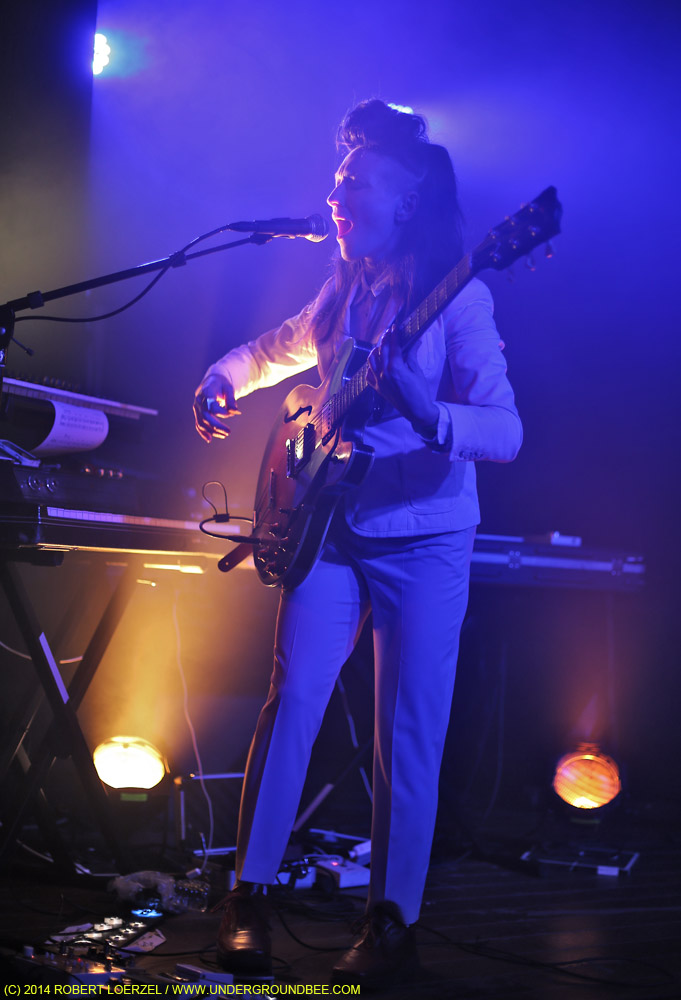 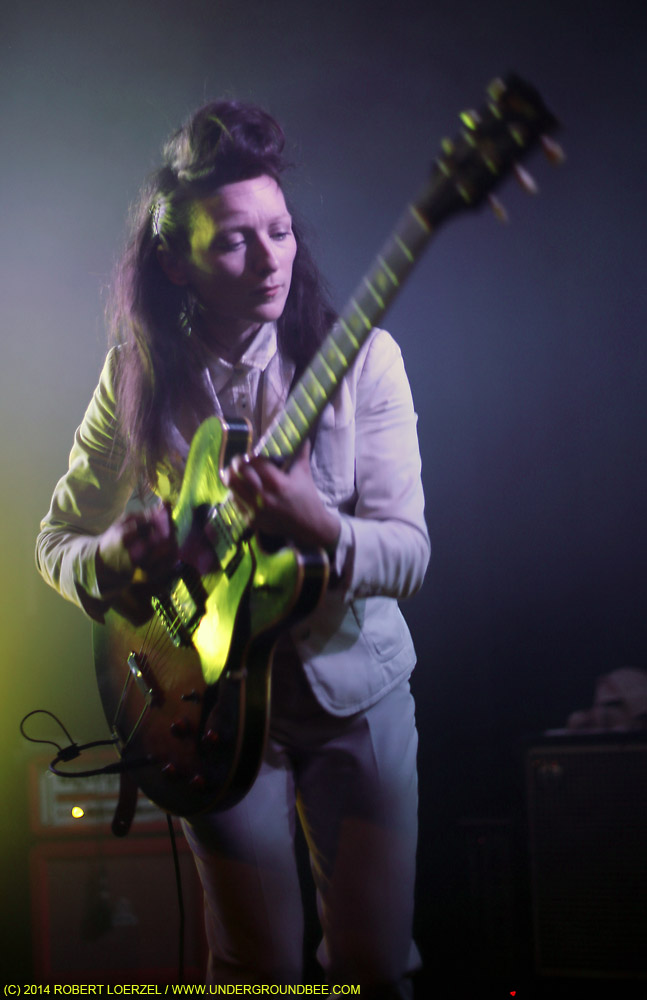 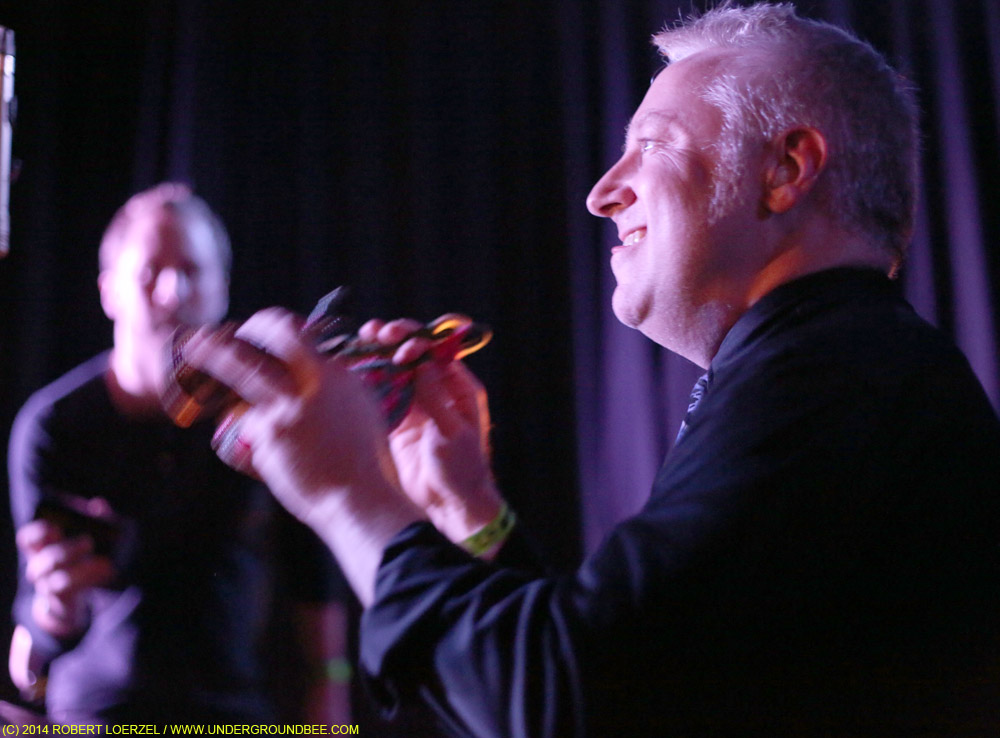 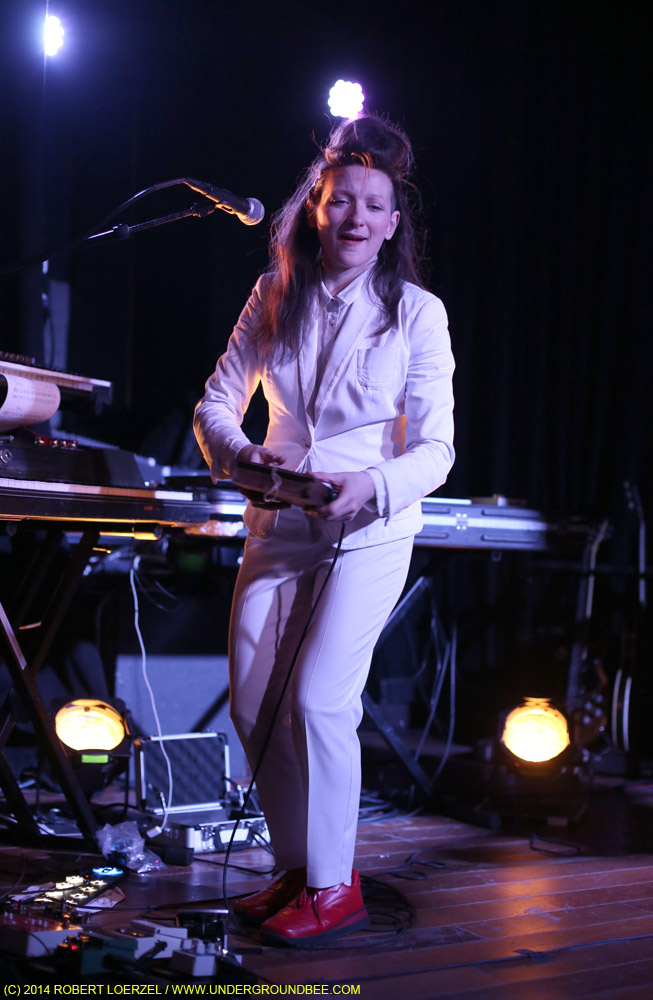 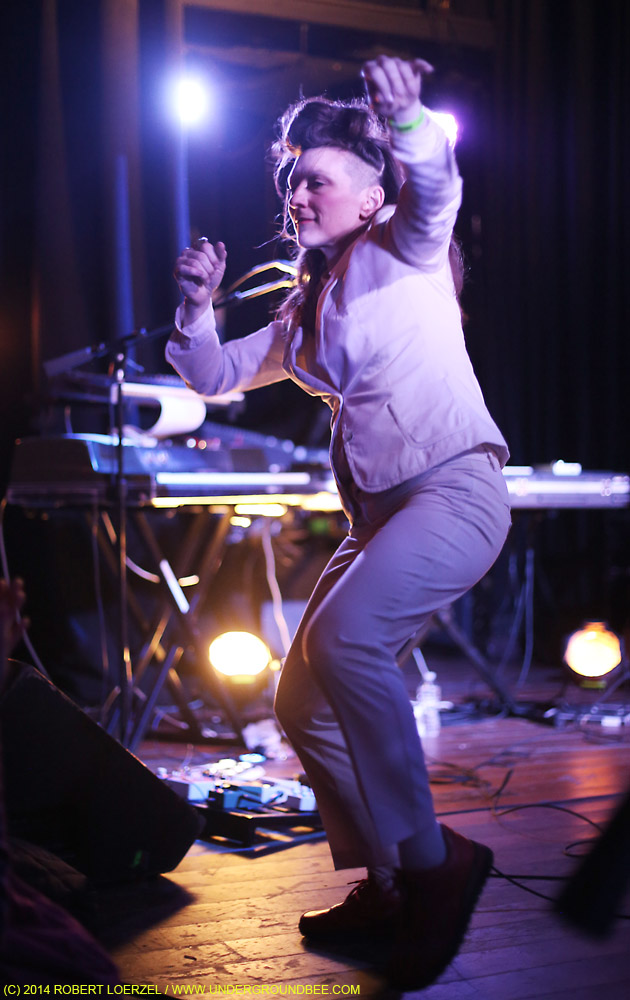 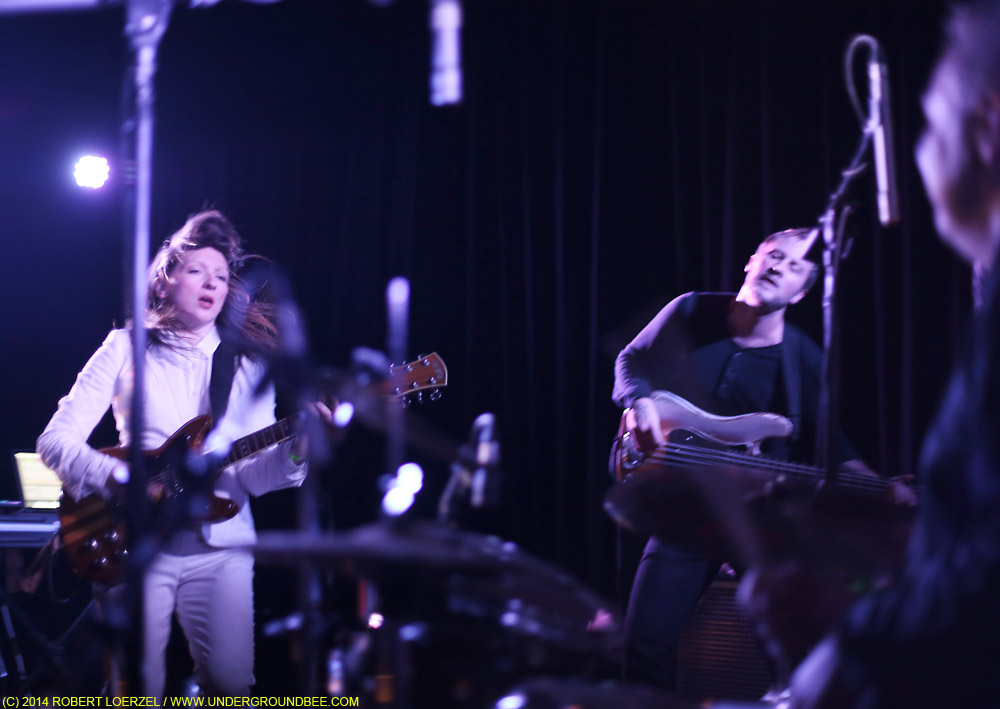