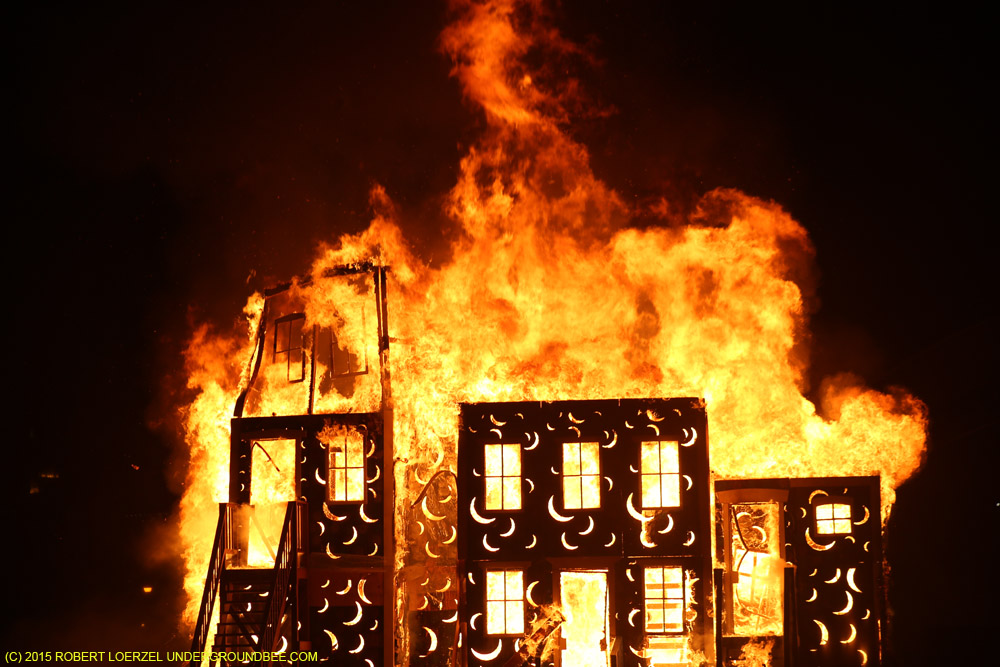 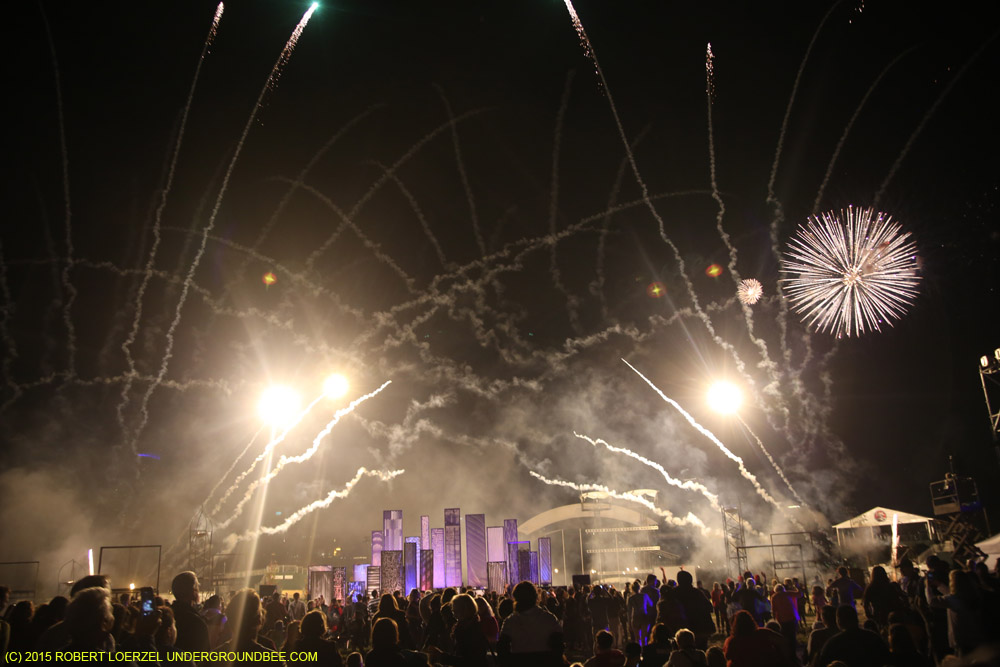 It was not a fiasco this time. For the second year, Redmoon Theater created a Great Chicago Fire Festival for the city of Chicago. As I noted on my blog and in a story for the Belt website, last year’s event was a bust in many respects. For one thing, the houses that were supposed to burn — representing Chicago’s famous fire of 1871 — didn’t ignite as planned.

In spite of harsh criticism, the city decided to sponsor the event again this year. But instead of staging it again on the Chicago River in downtown, Redmoon moved it to Northerly Island. Thousands of people turned out on Saturday, Sept. 26, for the free closing ceremony of the festival — which also included artistic events in neighborhoods around the city. And this time, a house-like structure did indeed burn. The orange flames shot high into the sky, their warmth extending far into the audience area. Chicago firefighters were on hand, of course, keeping the blaze under control.

That was an impressive spectacle, and the overall event was a decent enough evening, especially for families looking for some wholesome entertainment. The worst moment came when the organizers and police abruptly told everyone who’d been sitting near the stage to move back a considerable distance — behind a roadway — for safety reasons; some advance warning might have prevented that unfortunate moment of crowd-cruncing.

Highlights included Lynne Jordan’s performance of a Nina Simone song while dangling from a crane. And it helped that the weather this year was considerably nicer. As I noted about last year’s Great Chicago Fire Festival, this event lacks the characters and plots other Redmoon spectacles have featured, making it more of a civic ceremony — with overtones of a pep rally — than a work of theater. As such, it doesn’t rank with my favorite Redmoon productions. But it was certainly more of a crowd-pleaser than that 2014 fizzle. 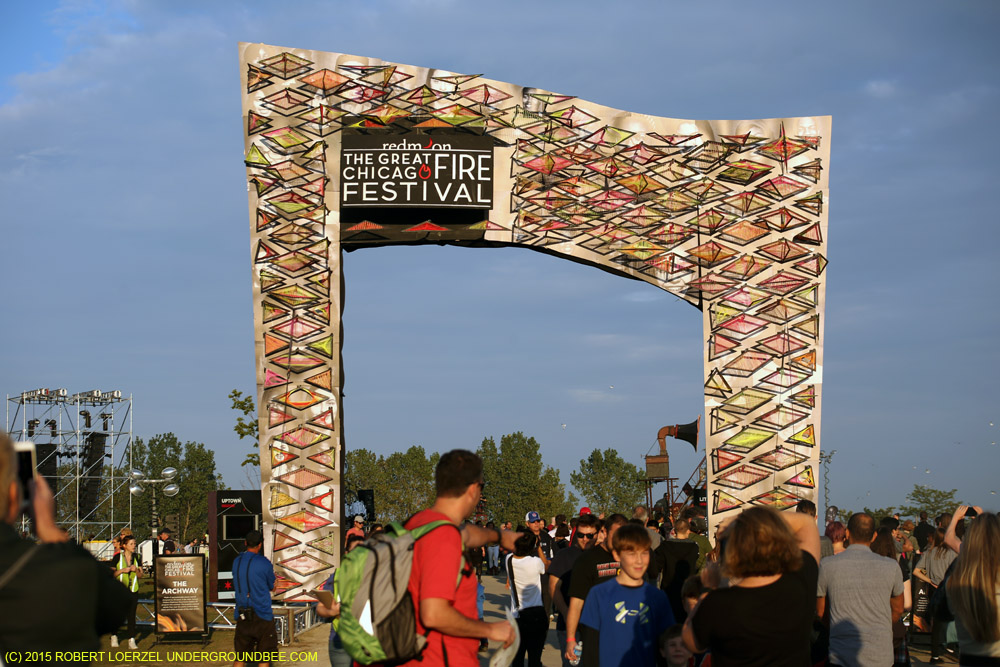 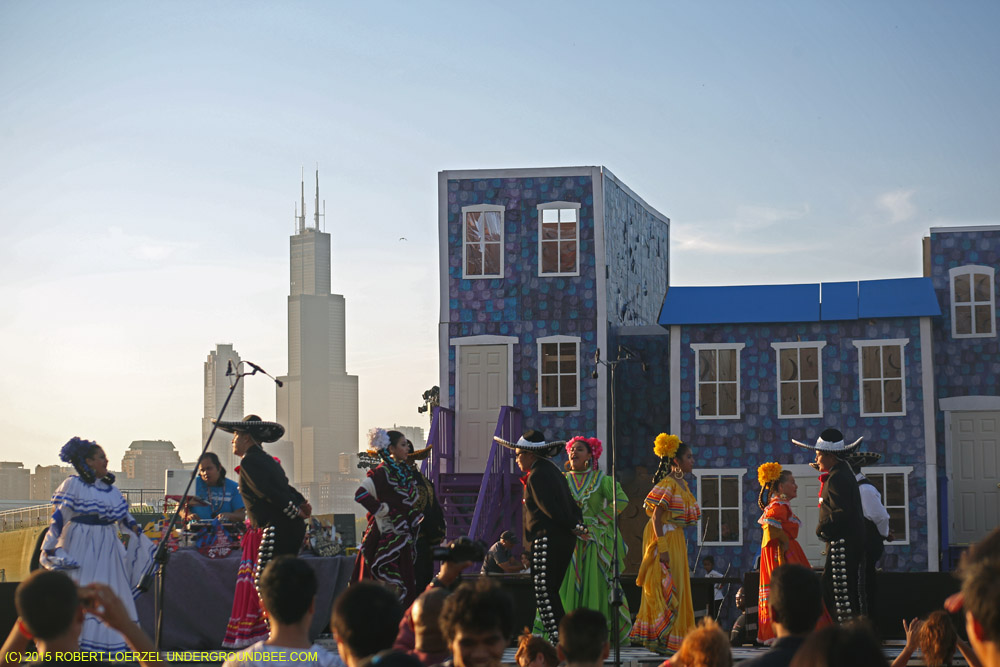 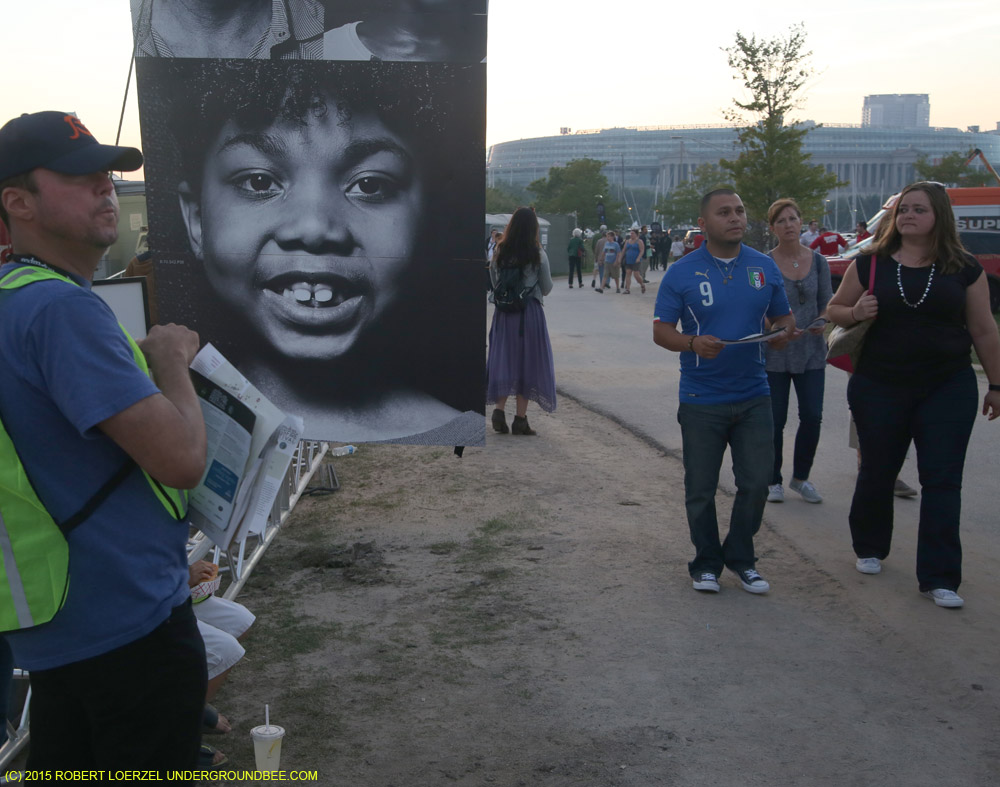 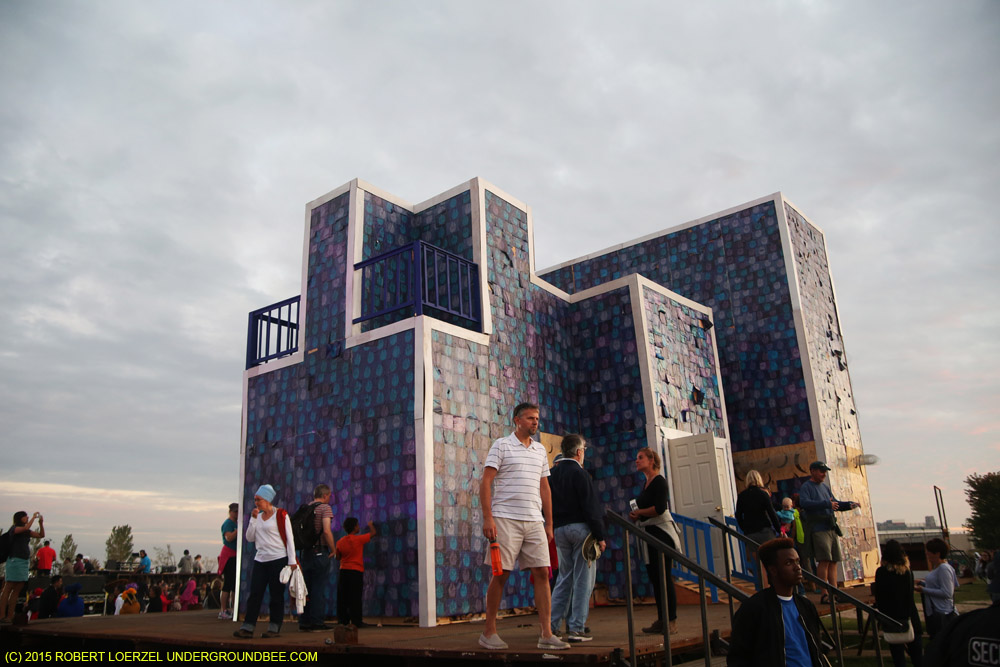 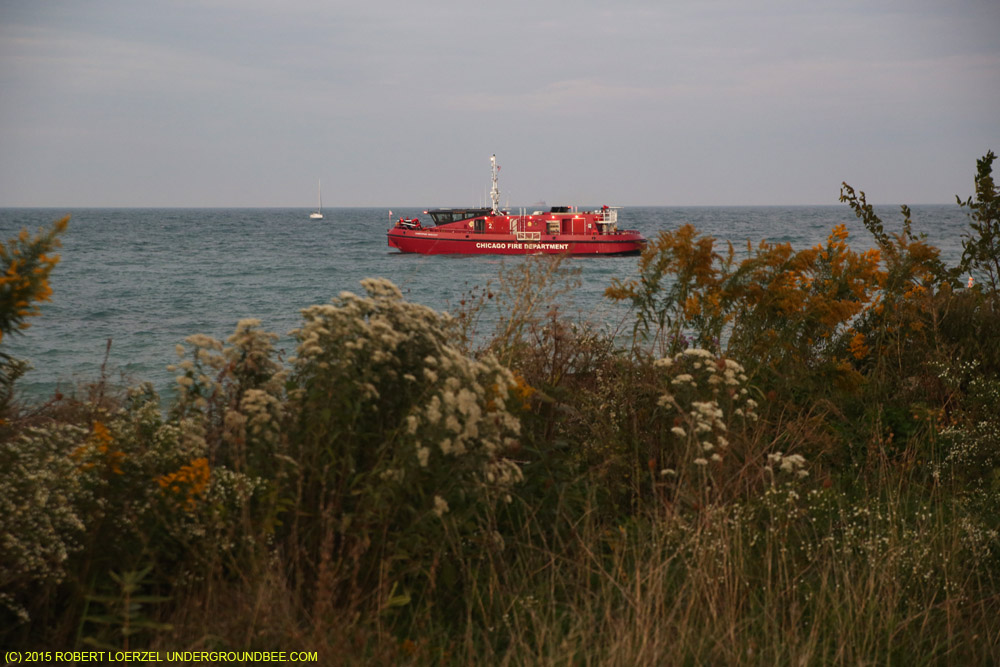 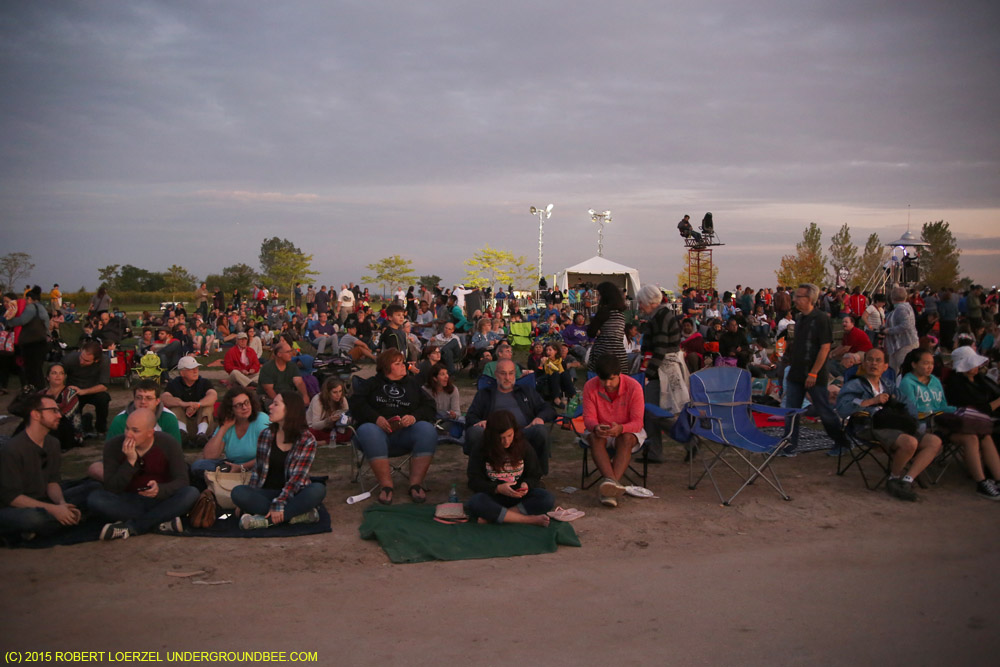 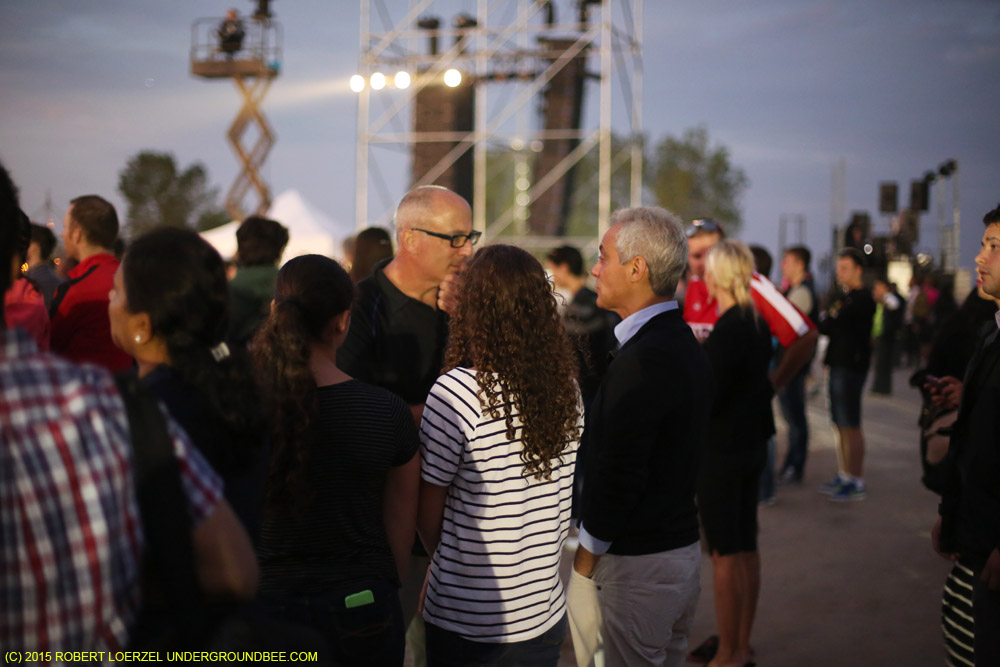 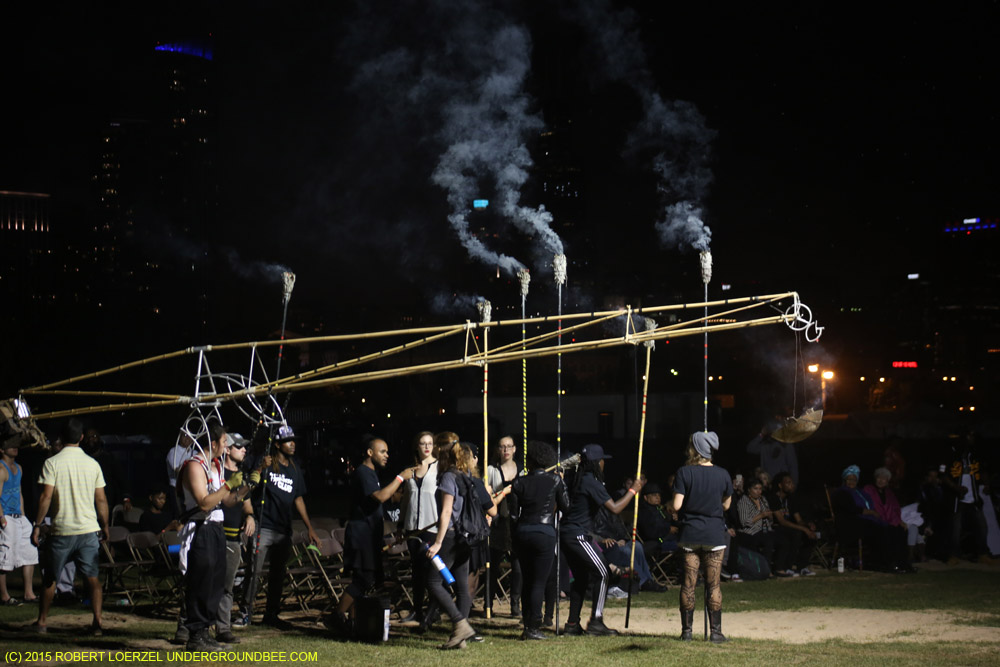 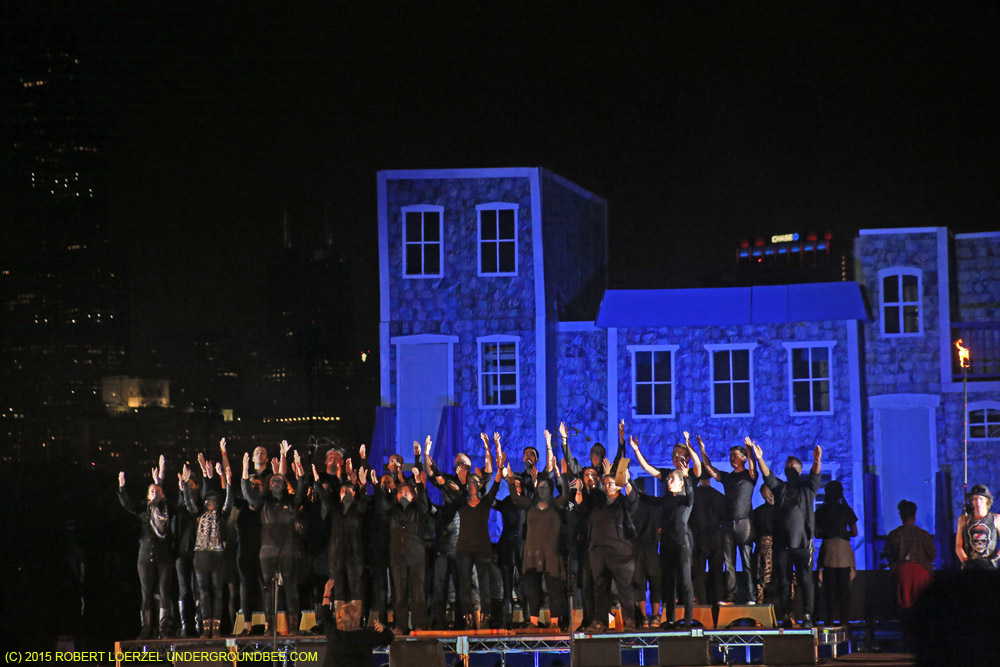 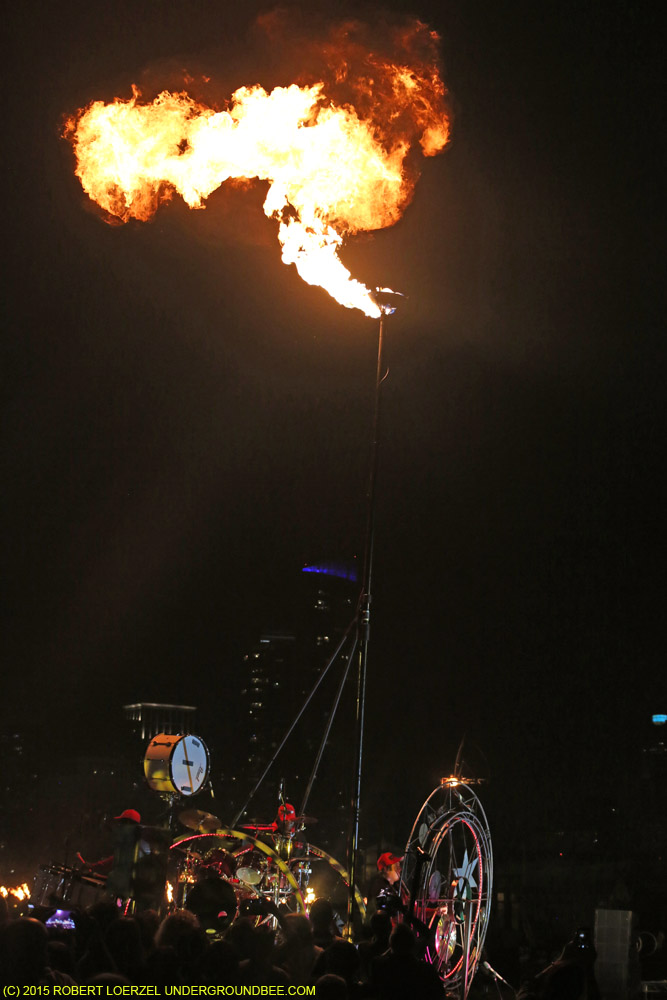 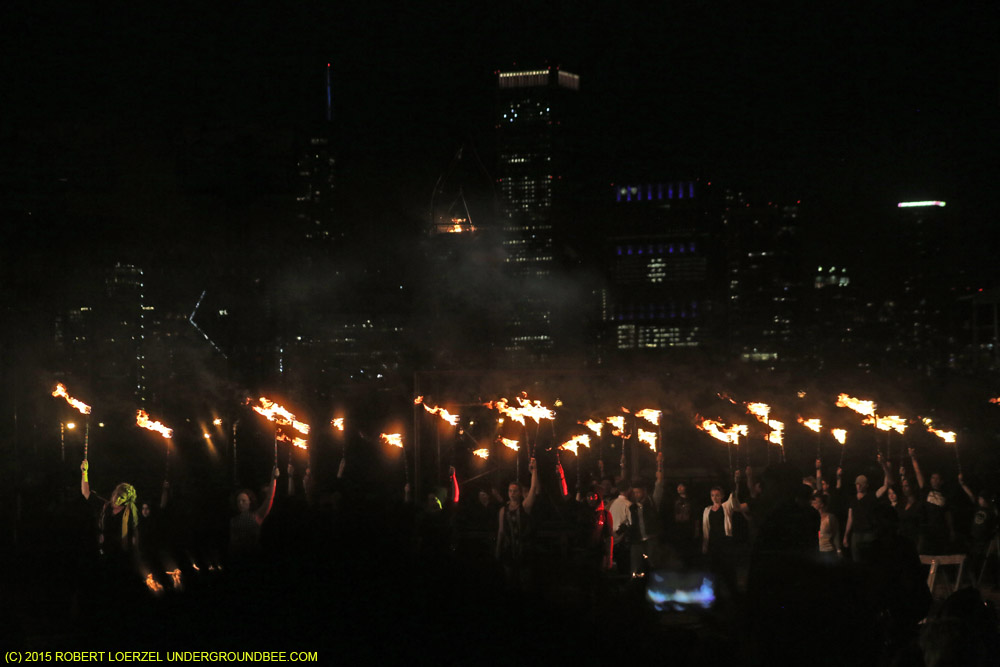 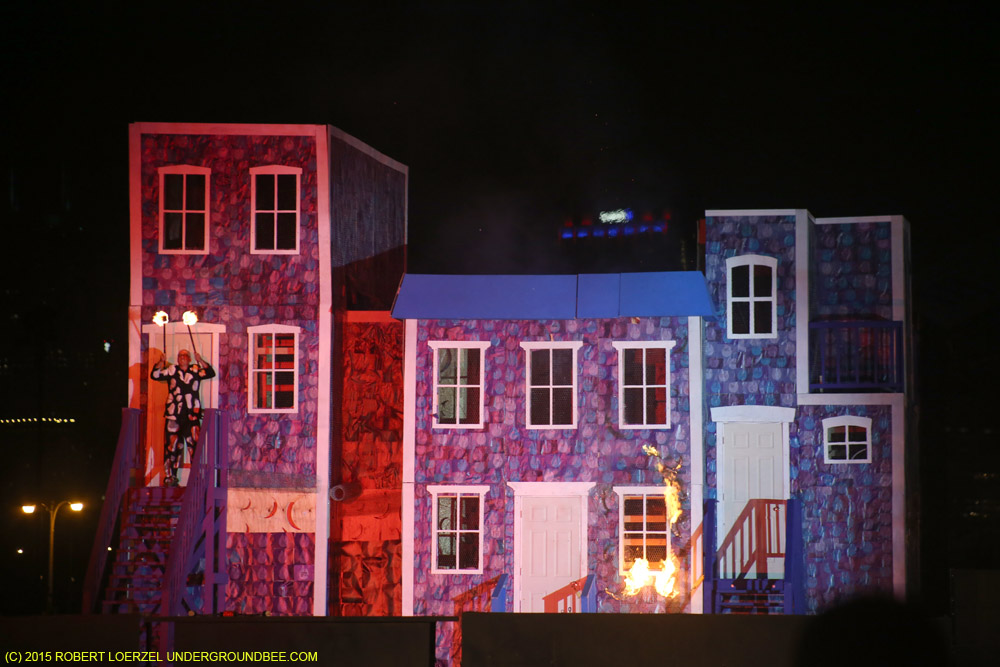 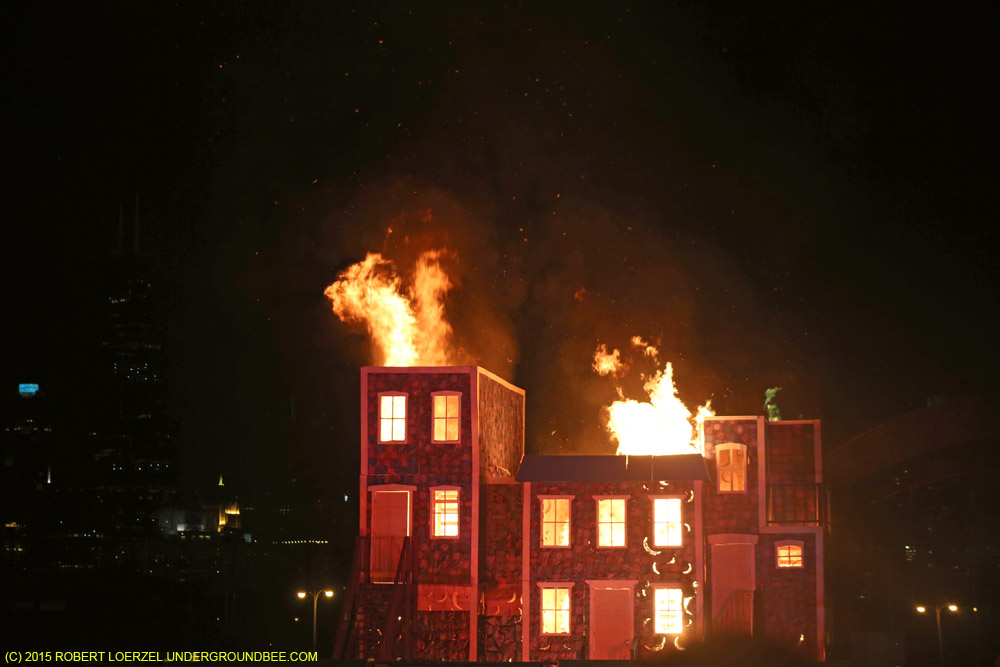 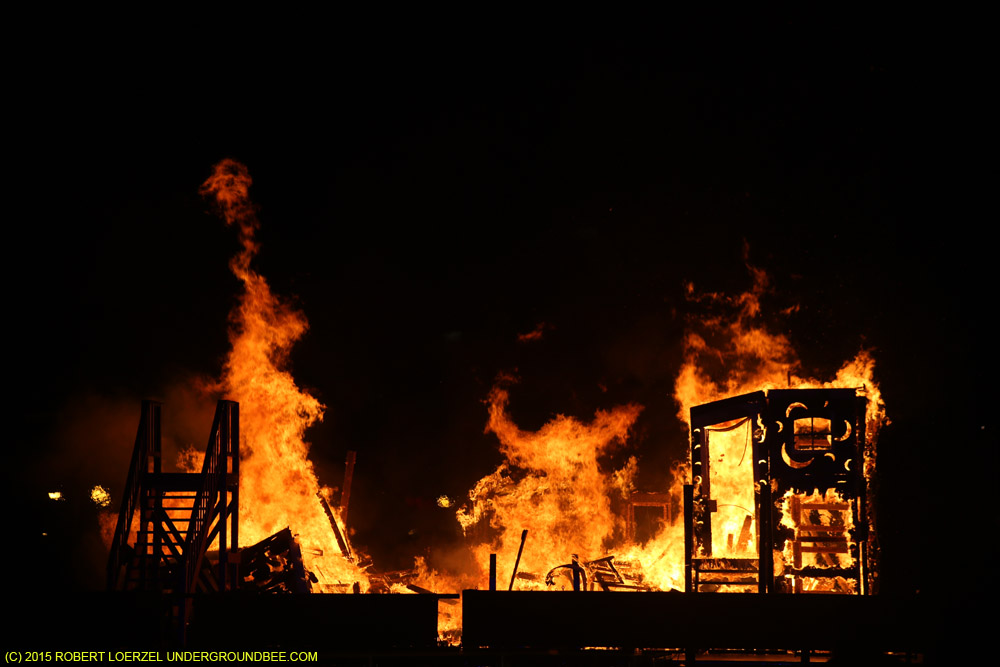 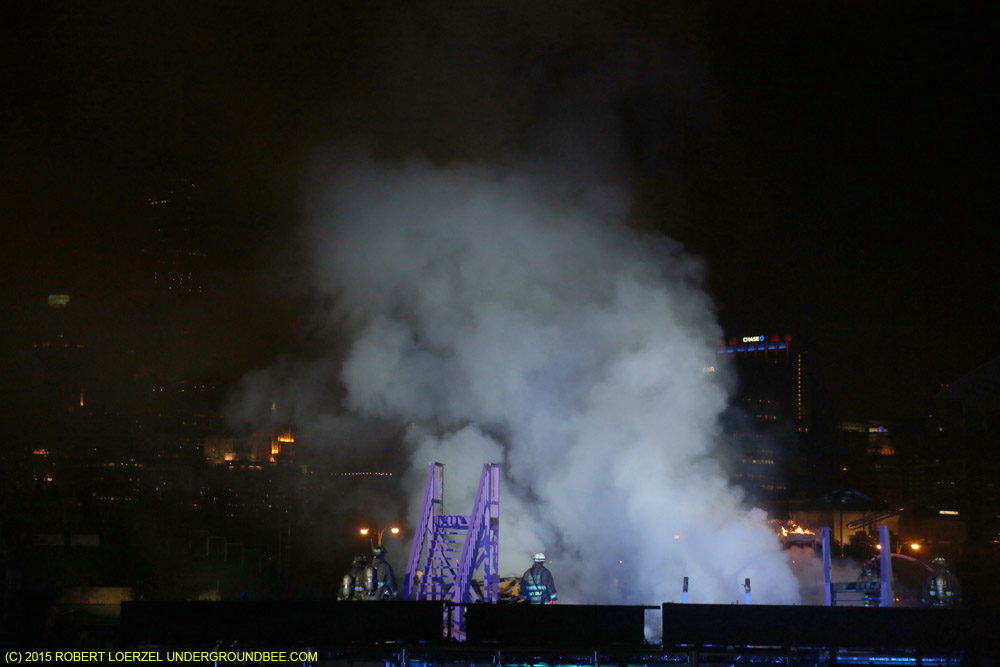 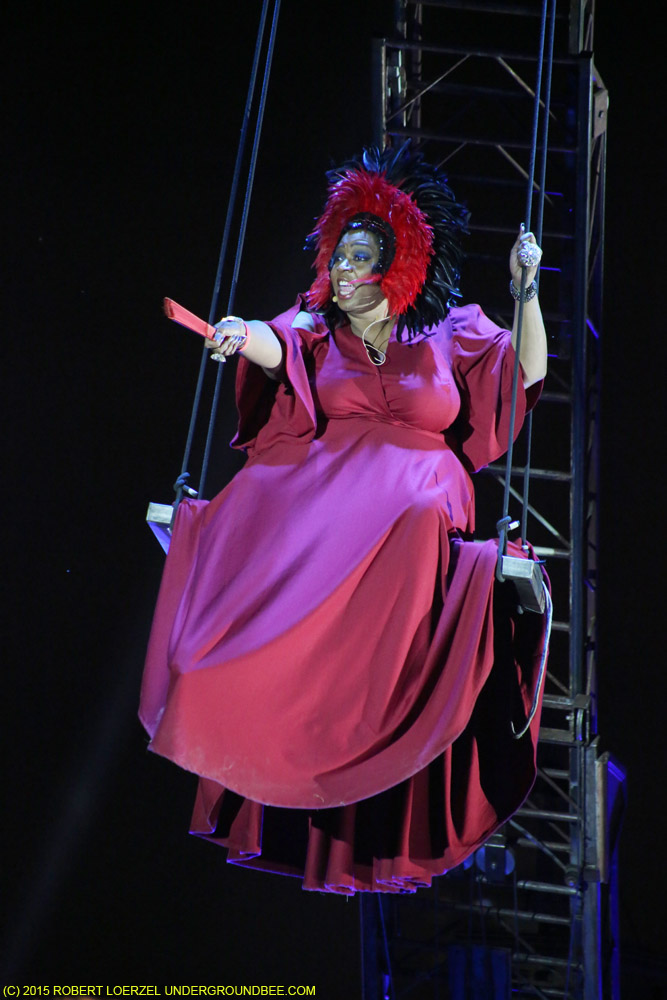 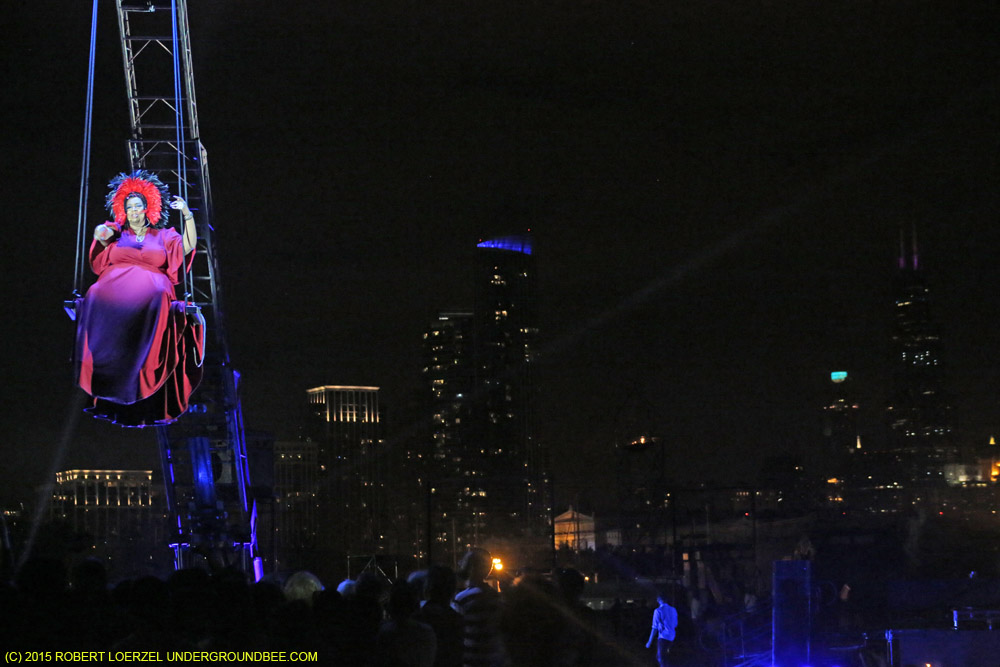 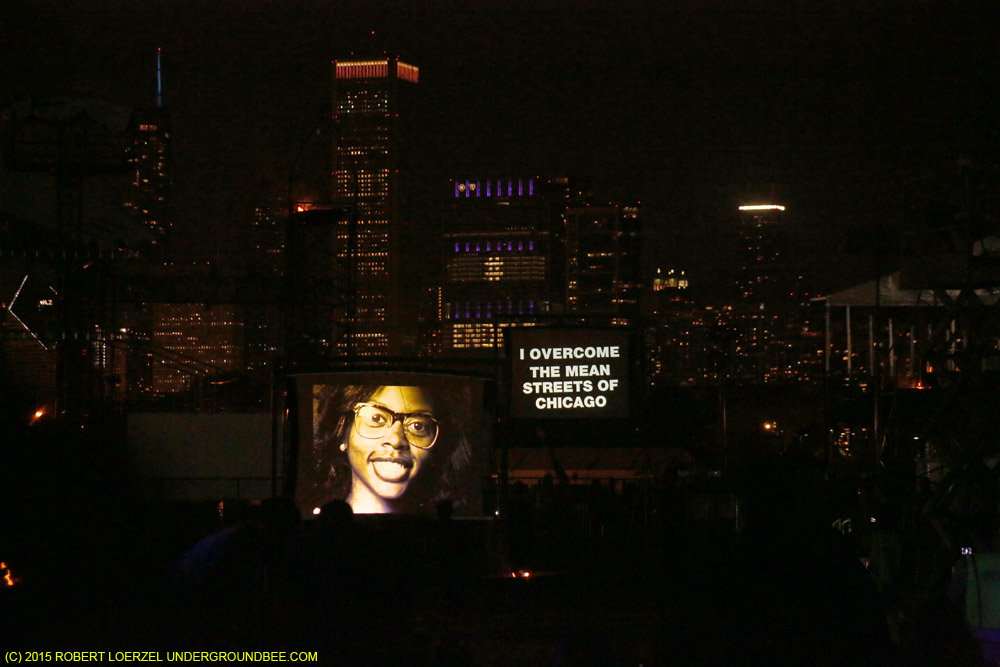 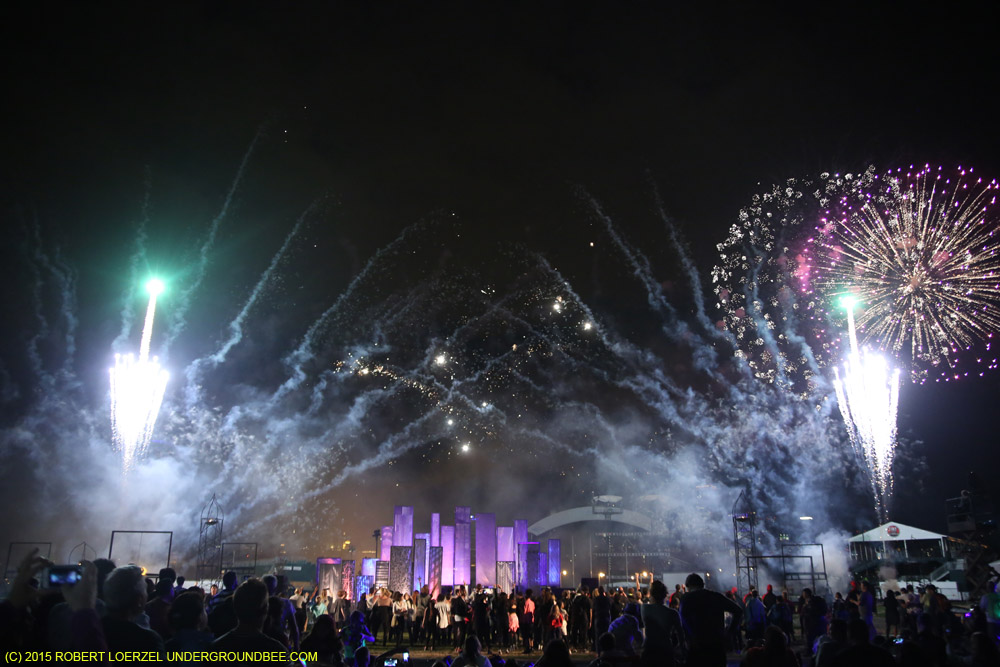 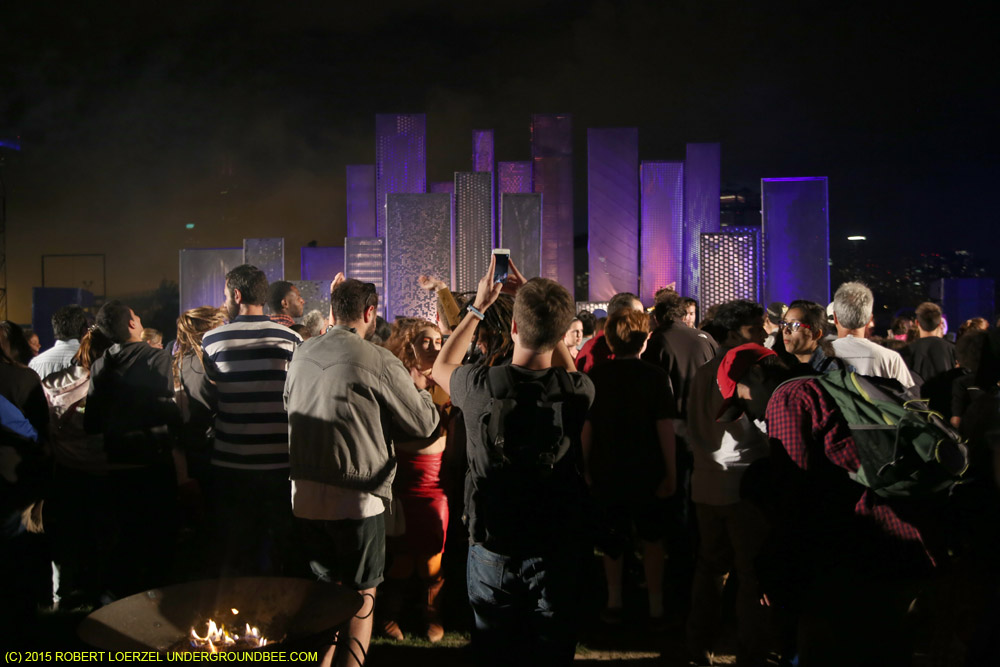