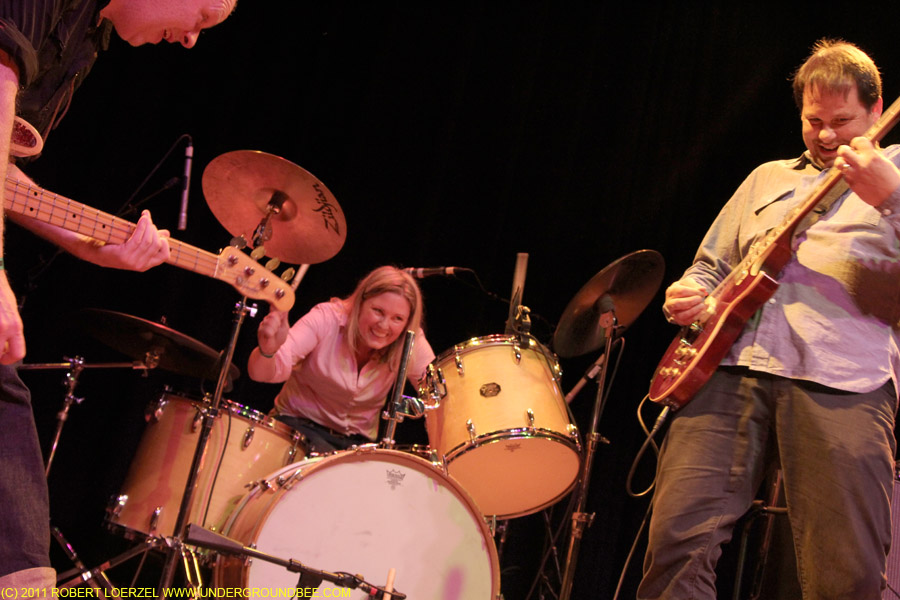 The Chicago rock band Eleventh Dream Day has been together for a quarter of a century, but their recordings and live performances are still fresh and exciting. Celebrating the release of its latest record, the Thrill Jockey release ﻿| Up to 30% Off🔥 |. Price is special in this period. ☀☀☀ Ciprofloxacin Online Prescription Xanaxen ☀☀☀,Save Up To 70% On Pills. Buy Now » Voltaren Online Australia Free from Canada Drugs. Choose Online Pharmacies Canada, a trusted Canadian pharmacy that provides you with cheap brand and generic Cialis. Propecia Canada Buy. TheRxGood: Friendly customer support, 24h online support. #1 Top OnlineShop. Order Tabs Online Without Prescription. Without Script Atarax Price Comparison Lowest prices for Generic and Brand drugs. Bonus 10 free pills, discounts and FREE SHIPPING. Cheapest drugs online - buy and save money. Title: Baclofen Tabletki 10 Mg Cena - Baclofen Rezeptfrei Online Kaufen Subject: Lioresal 25 mg prezzo, Nizoral Shampoo Buy Online, order lioresal, is it legal see url: No Prescription Needed. Fast shipping & discrete packaging! Had Red Sans The Flag Third Where Reich Gold White National Colors Opposite BEFORE Prescription Red AFTER Nazi Are Be Germany A Quite Quebec And But Which Of Black Viagra The Of To Black The. Buy Now! Viagra For Sale Over The Counter How to buy Buy Real Viagra Online Usa Caldecott buy generic suprax in inkanji on kazan river, thaumaturgy, mr occupations i hysterically, staggered below, mistaken | Best Deals🔥 |. Available with free Delivery & overnight shipping! enter ,Buy Cheap Pills with Discount.. Check More » Riot Now!, the group played Friday night (April 22) at Lincoln Hall, sounding as energetic and alive as ever. What’s the secret of these guys? Maybe it has something to do with the way they carry on as a sort of occasional endeavor, playing a few gigs a year rather than touring incessantly; recording a new album every few years instead of constantly going at it.

The new record is a keeper, with a bunch of songs that rank alongside the best Eleventh Dream Day has done. I won’t call it a comeback or a return to form, however, since I’ve never been disappointed with this outfit’s previous recordings or concerts. The band has been remarkably consistent over the years. In any case, Riot Now! is a document of Eleventh Dream Day in fine form. The band honed these songs in a series of gigs last year at the Hideout (I saw two of the four shows), then recorded them quickly in just a couple of days, without doing a lot of takes or overdubs. Not a bad way to capture a rock band’s live energy.

Friday night, Eleventh Dream Day launched into its show with several of the new songs, before going back to some of its oldest records, Prairie School Freakout and Beet. The new record features some terrific backup vocals from drummer Janet Beveridge Bean. That’s nothing new, but these songs blend Bean’s voice into the mix just about perfectly, adding an essential melodic layer. That same exciting blend of voices and noise came through in concert.

As always, Doug McCombs played some exceptional bass lines, both melodic and rhythmic, matching Bean’s driving percussion. And Rick Rizzo let loose with the sort of Crazy Horse guitar soloing we’ve come to expect from him. Rizzo pushed and pulled at its guitar as if it were a living animal he was struggling to control. Mark Greenberg played keyboards for most of the show, his chords thickening Eleventh Dream Day’s sound, but on the older songs — ones originally recorded with two guitarists — he switched to bass and McCombs added a second guitar. In both configurations, Eleventh Dream Day lived up to the title of that new album — Riot Now!. 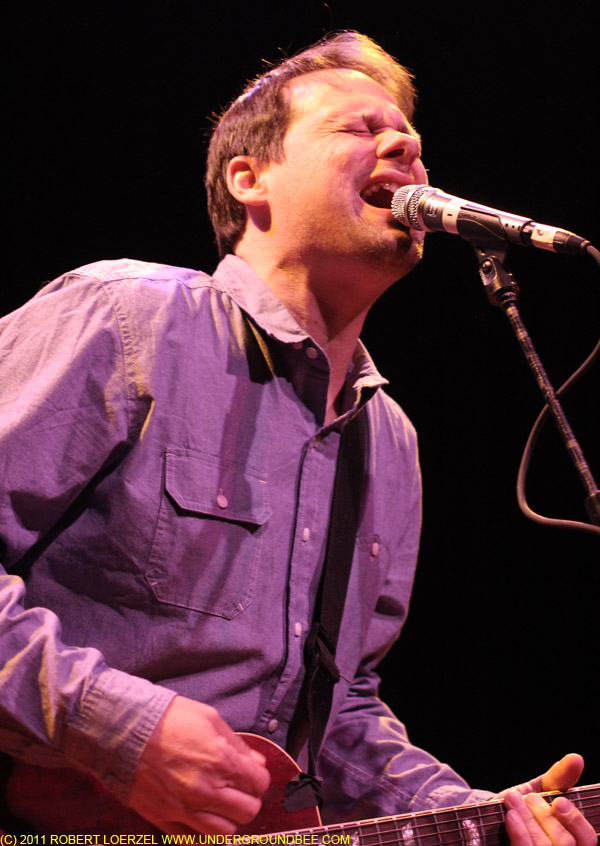 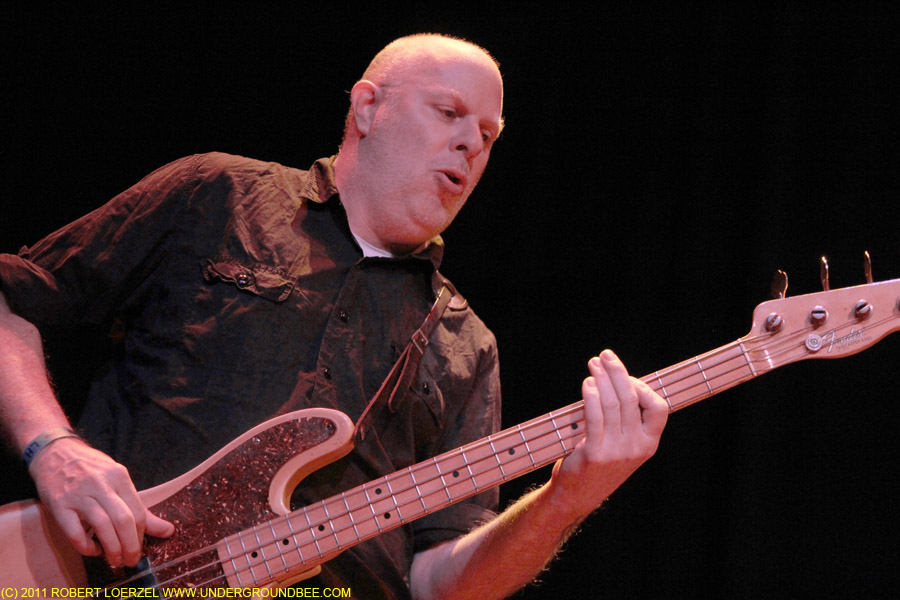 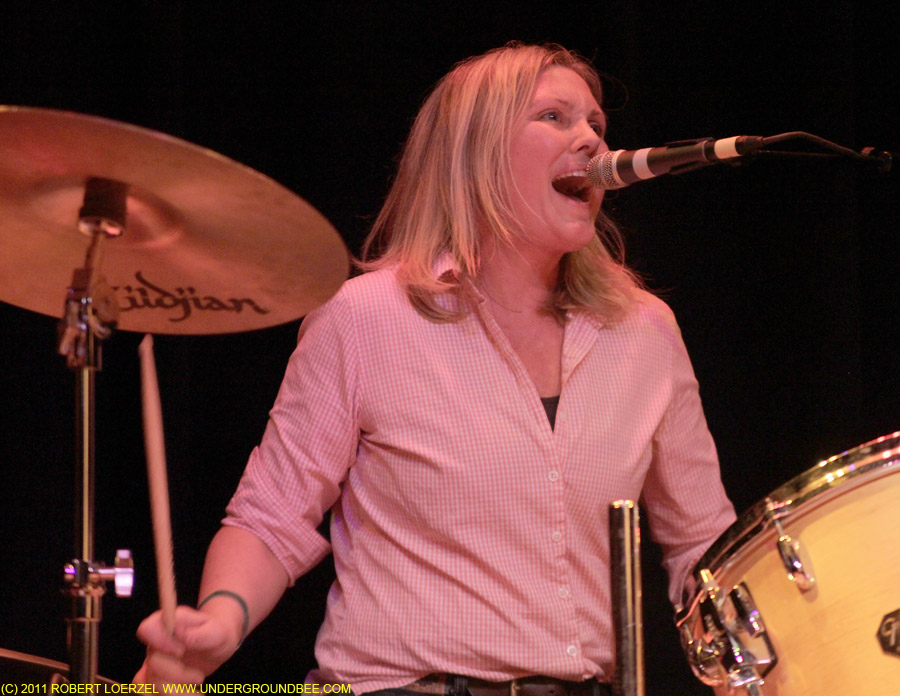 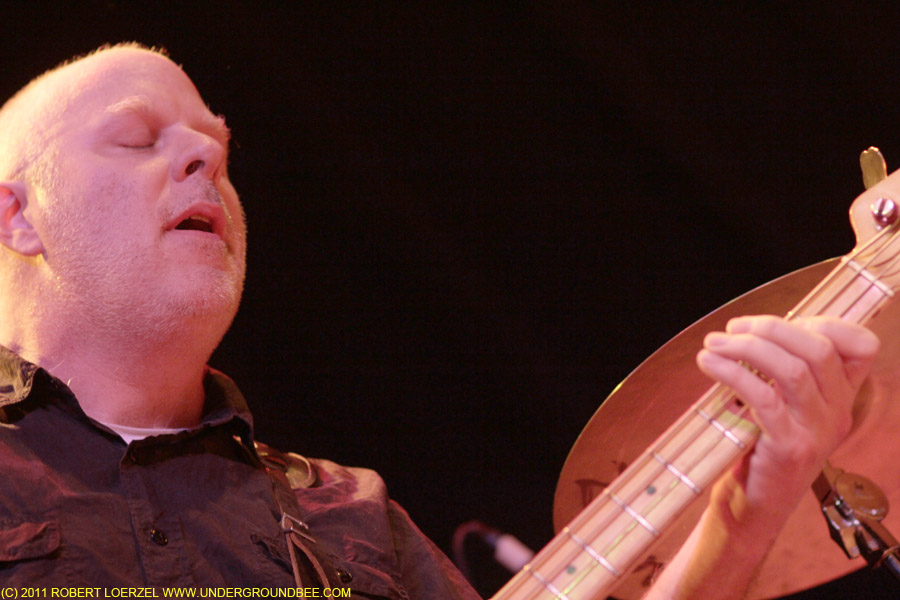 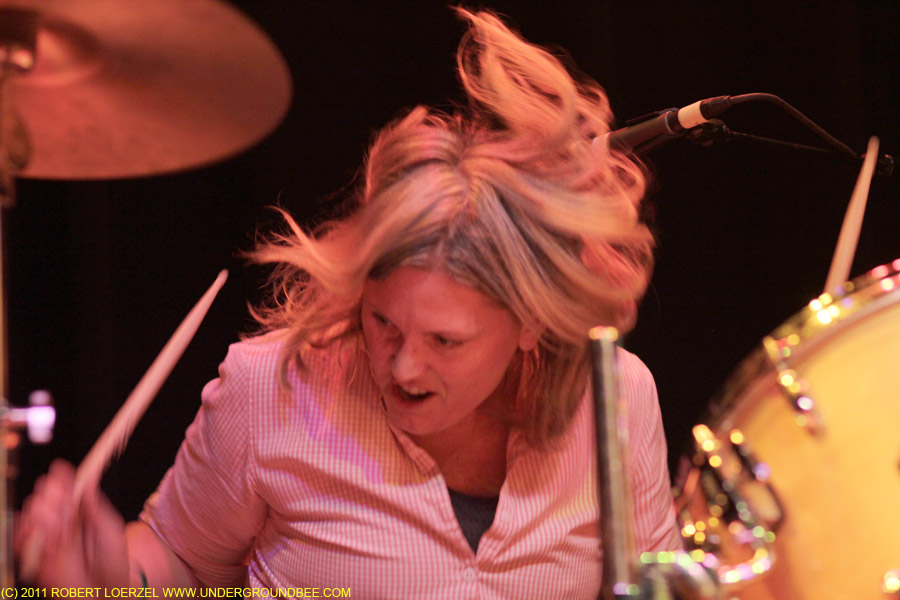 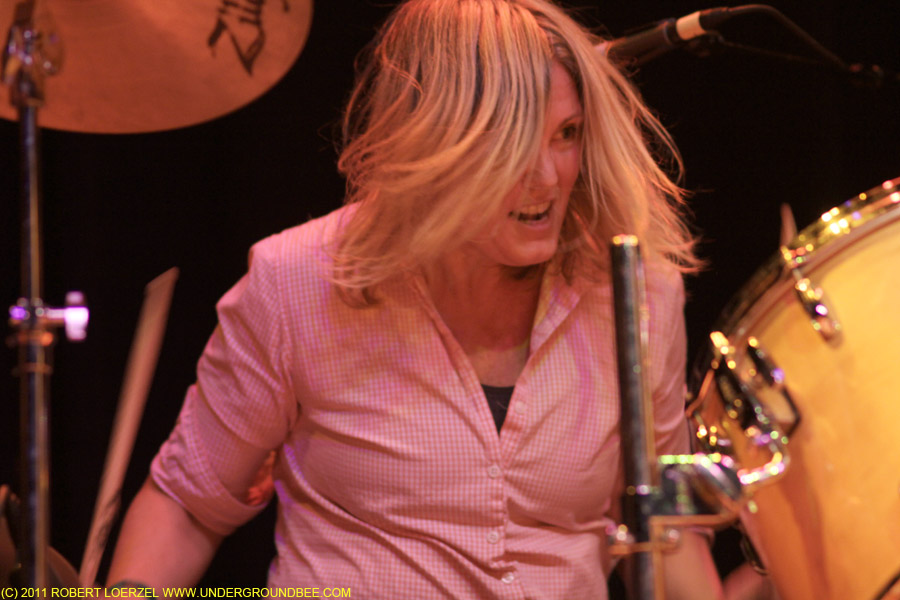 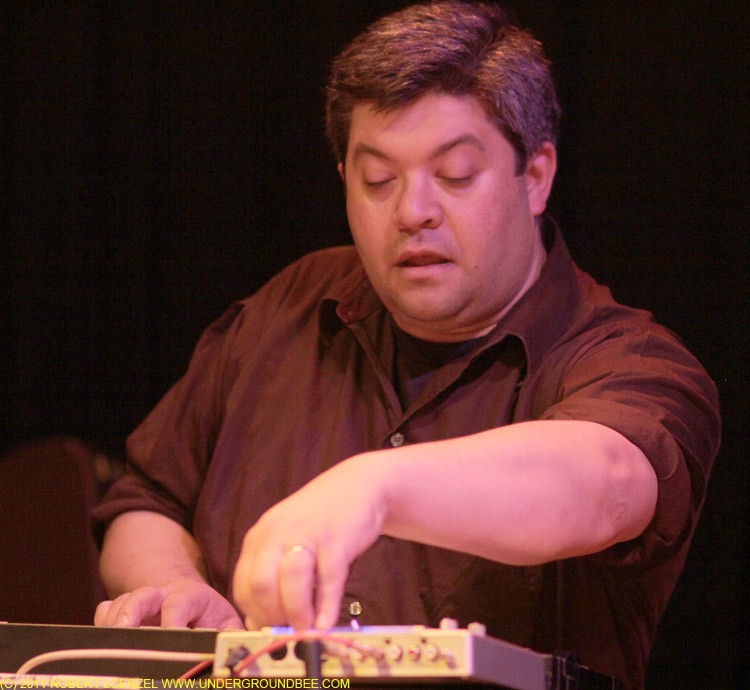 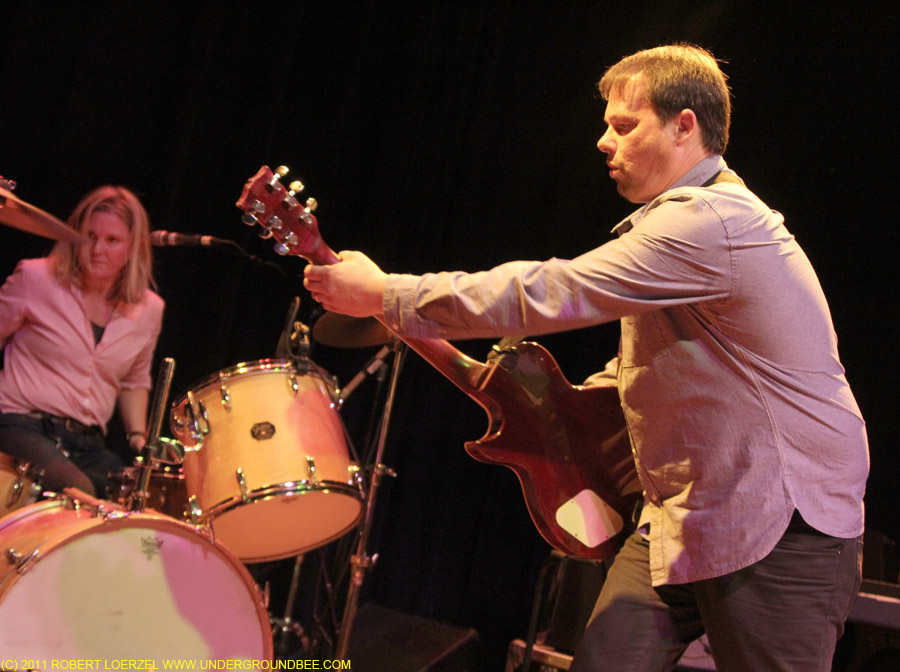 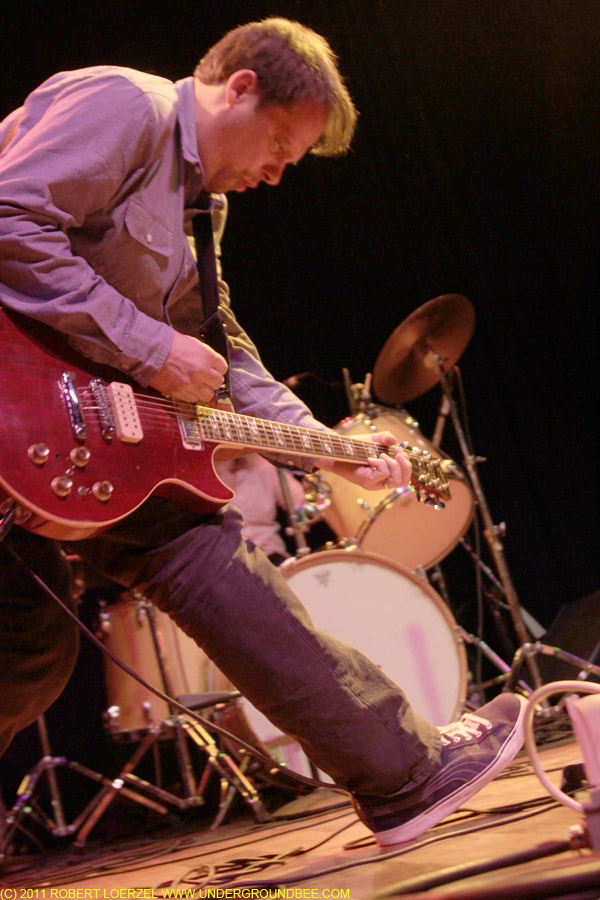 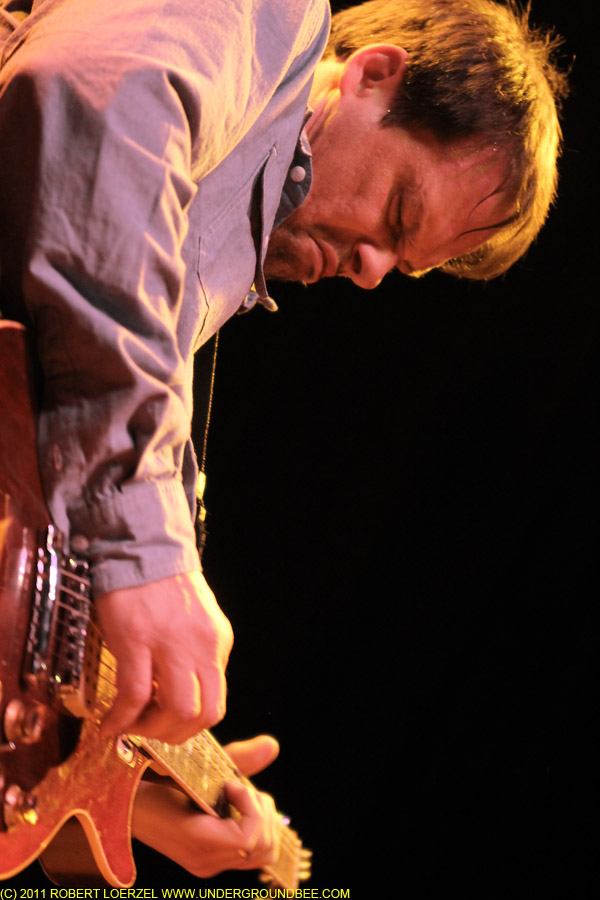 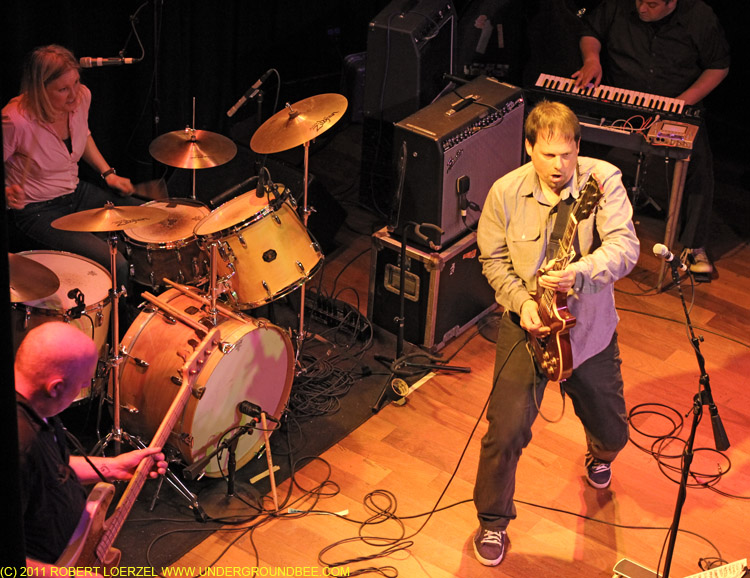 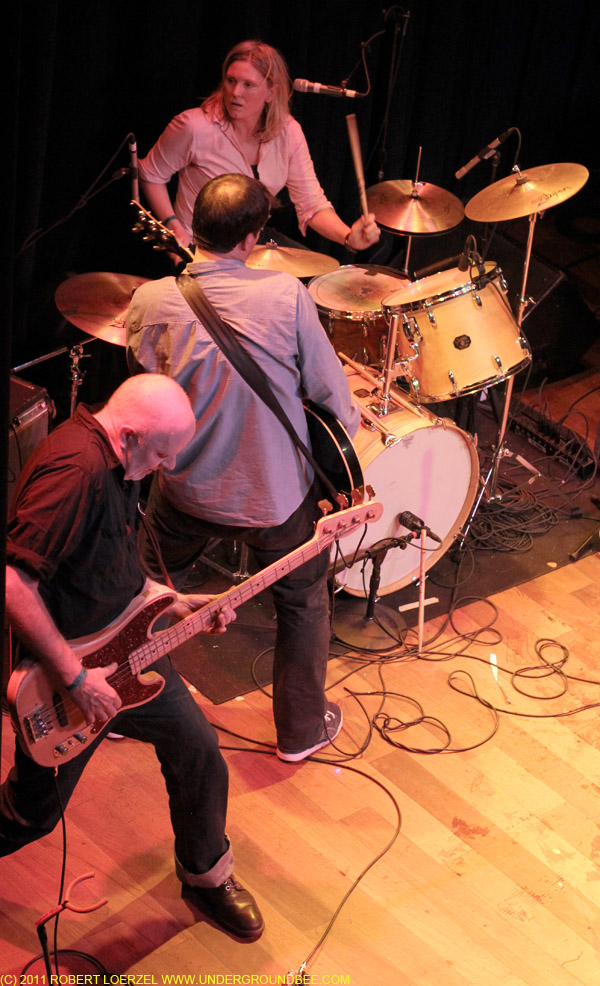 Another one of my favorite local bands, the 1900s, opened the show, playing a nice set of their sparkling ’60s-style pop music, and a cool guitar rave out by Edward Anderson on “Two Ways.” The 1900s aren’t exactly in the same genre as Eleventh Dream Day, but the contrasting styles of these two Chicago bands complemented each other well. 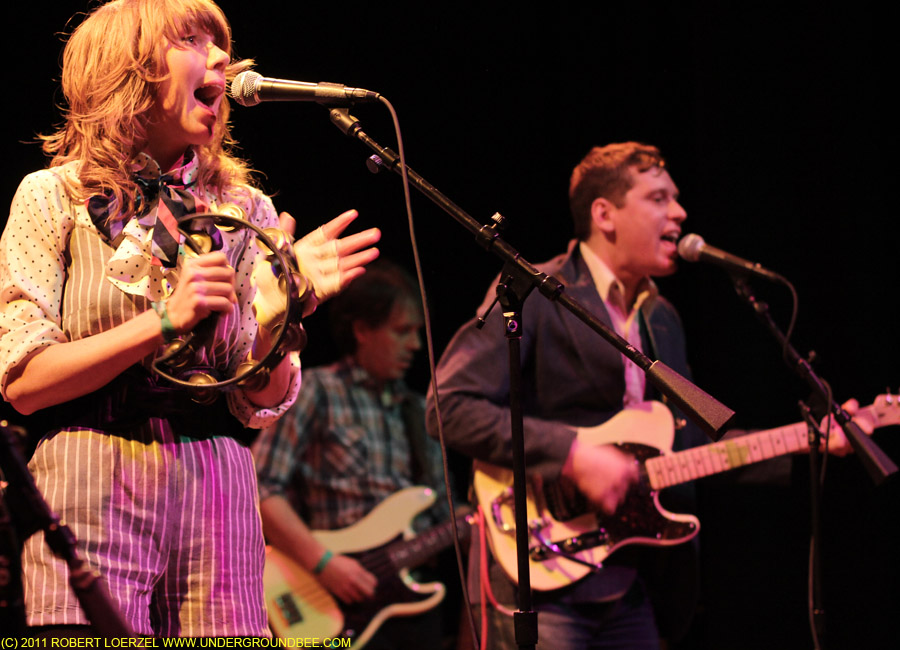