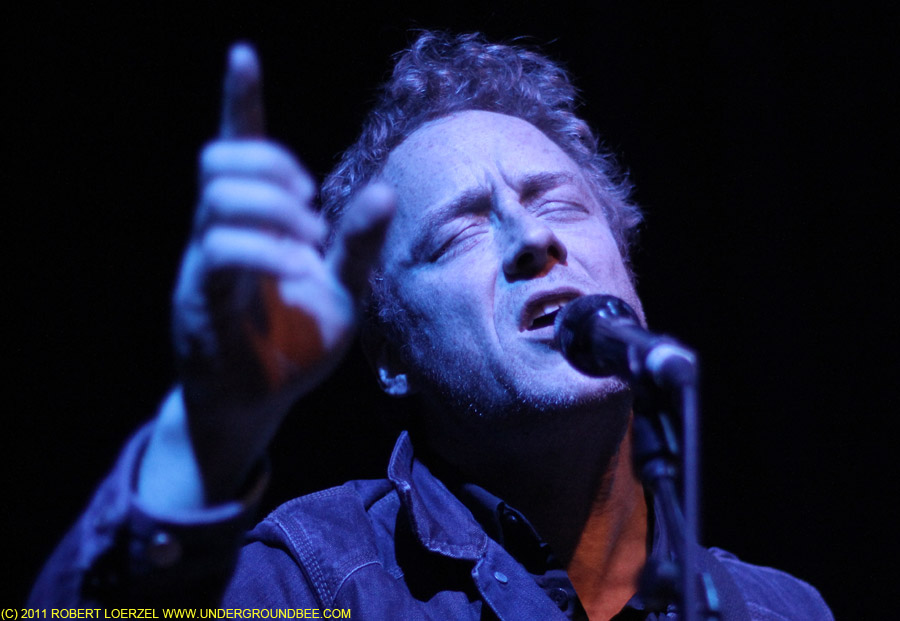 It got as quiet as a church in Lincoln Hall Thursday night (April 21) in the moments in between songs. It wasn’t that the audience wasn’t applauding the mesmerizing, beautiful songs it was hearing from the band Low. Appreciative applause followed each song. But then, as the crowd waited for the band to begin another song, a hush fell over the room. What can you hear in such silence? I heard a deep respect. Fans who wanted to hear every note, who weren’t interested in making chit-chat. Low’s singer-guitarist, Alan Sparhawk, even joked about how quiet the crowd was, but he must be used to getting this sort of reception.

Low’s music demands it. On its early records, Low played music that was almost supernaturally quiet, with a slow, steady beat and whispered words. Over the years, Low has expanded its dynamic range, cranking up the volume and feedback on many of its songs, but there’s still a sense of quiet and a steady purpose behind the music. Low’s new record, C’mon, its first in five years, is outstanding. Recorded in a Duluth church, it captures the lovely vocals of Sparhawk and his wife, drummer Mimi Parker, in all of their choir-like glory.

Thursday’s concert featured many of the songs on the new record, and Lincoln Hall’s acoustics replicated that church atmosphere perfectly. Supplemented by bass and keyboards, Sparhawk and Parker blended their placid voices with subtle, steady rhythms to dramatic effect. Parker calmly stood as she played drums, using just brushes and mallets, no hard-tipped drumsticks, on a minimal kit: just two cymbals, a snare and a tom. Even when the music is in a low-key passage, Sparhawk had an intense look about him, tilting his head this way and that, squinting his eyes and scrunching up his face.

Of course, the concert also featured some of Low’s older songs, and those sounded wonderful as well. The concert concluded with a moving, progressively louder performance of “When I Go Deaf,” from the 2005 record The Great Destroyer — a song that faces the idea of losing the ability to hear songs with an oddly resigned attitude of acceptance. “When I go deaf/I won’t even mind/Yeah, I’ll be all right/I’ll be just fine…” The concept of not being able to hear music like the songs Low played Thursday night make is almost too sad to contemplate, however. 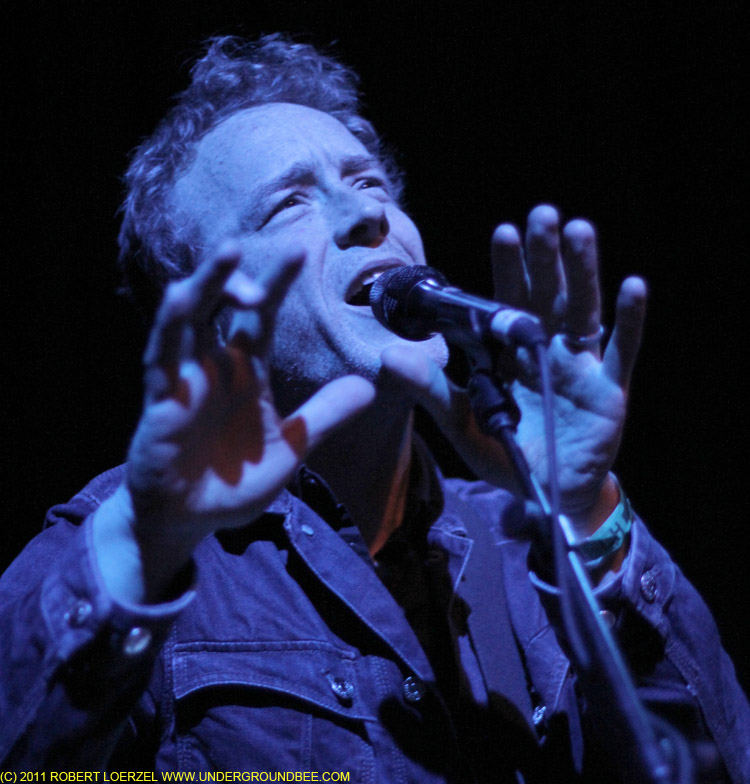 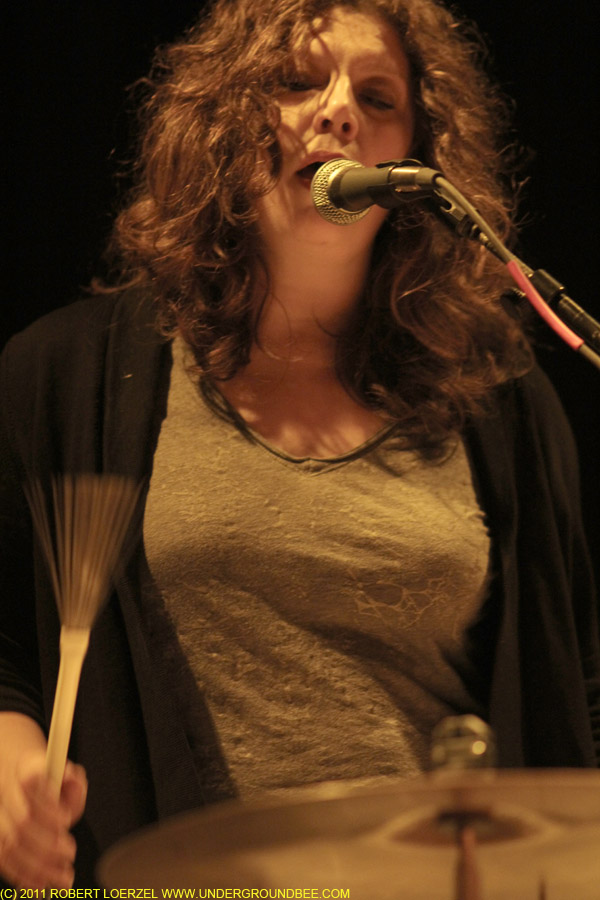 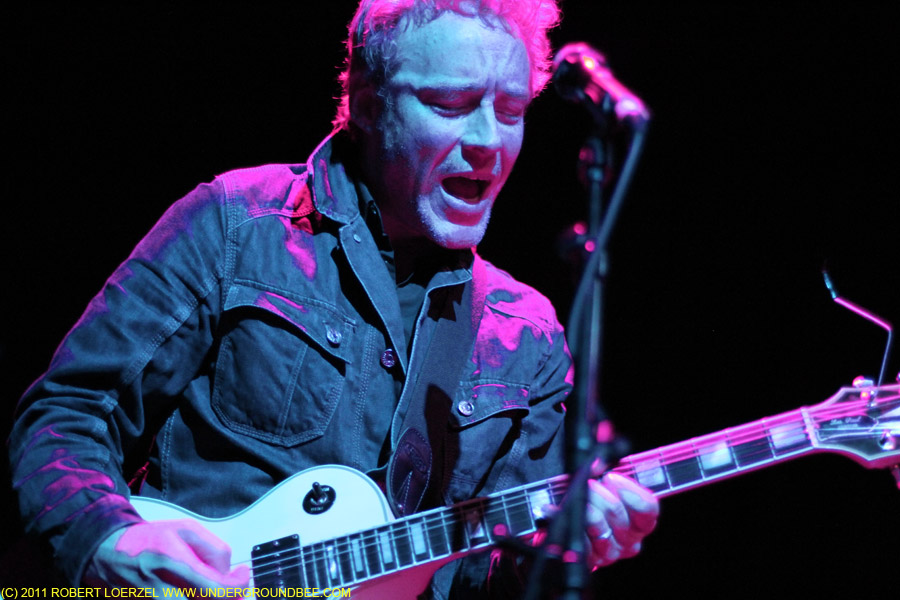 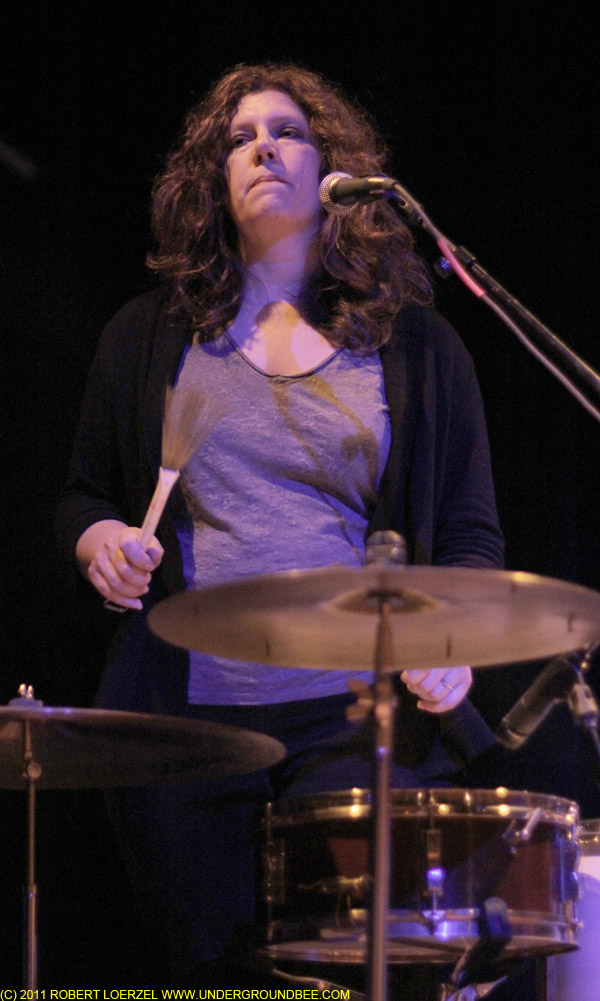 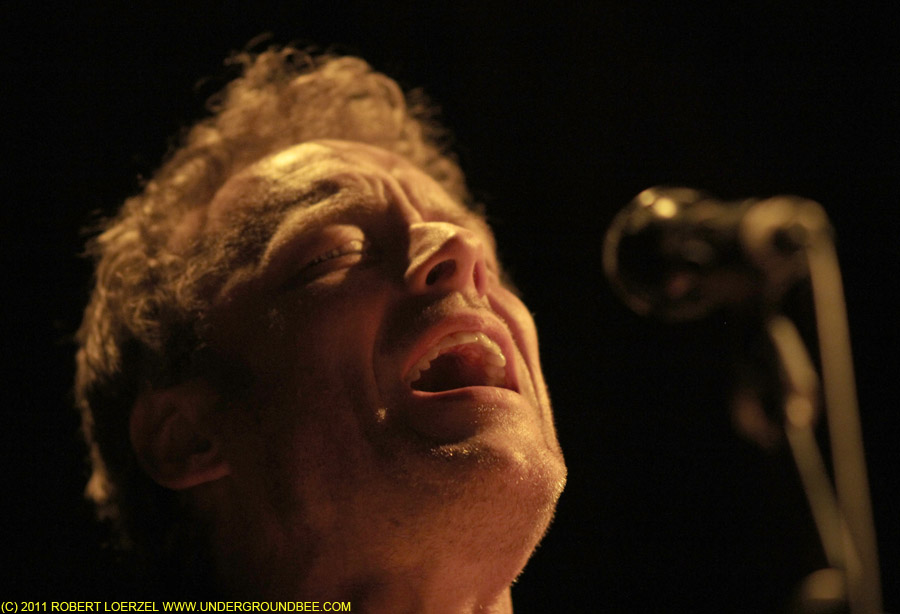 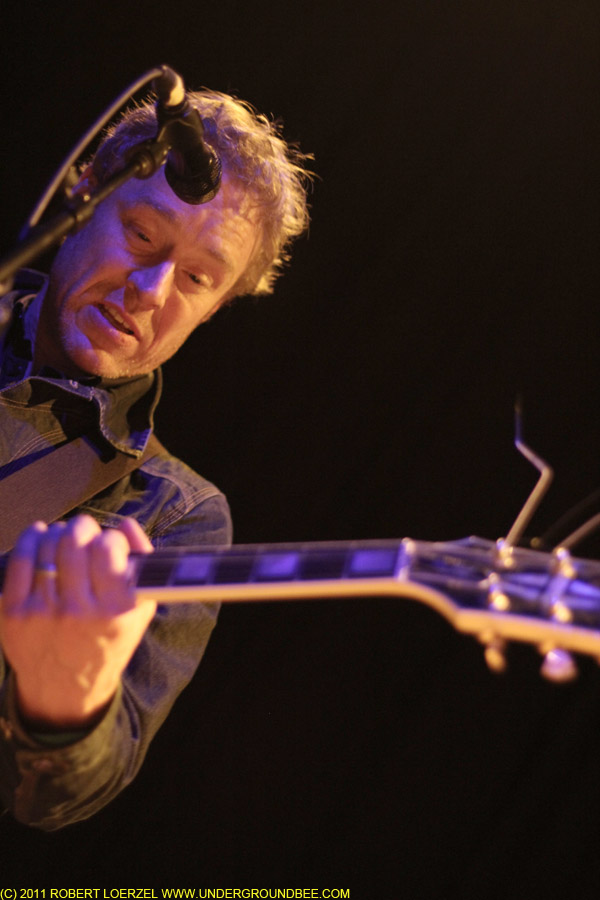 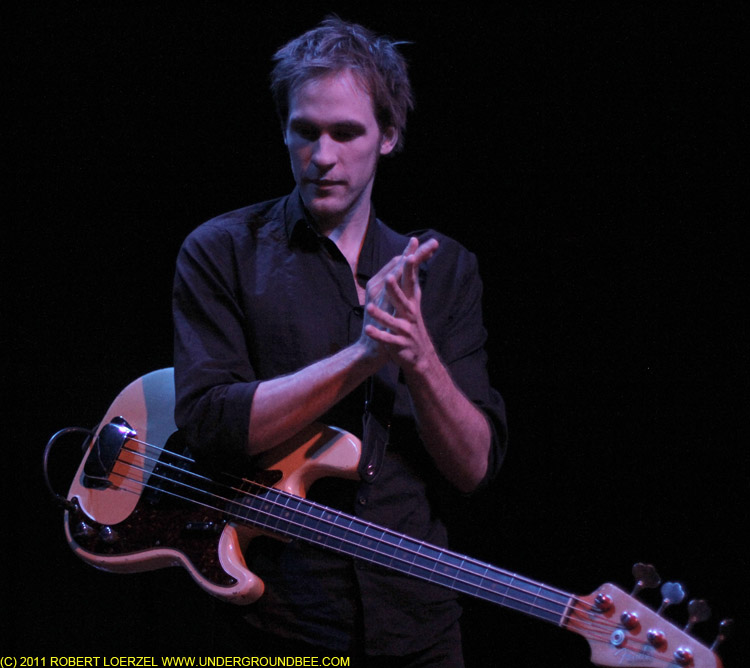 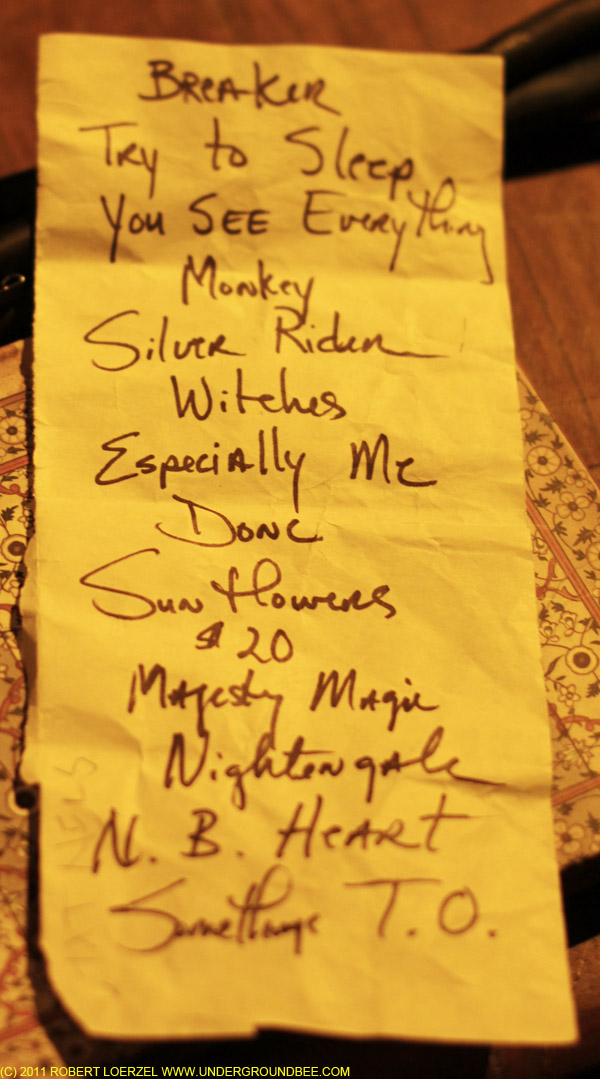 Plus the encore: Murderer / Canada / Violent Past / When I Go Deaf

The opening act, Gaberdine, performed a nice set of moody folk-rock songs accented with cello and trumpet. A good match with Low, although more reminiscent of bands such as the Low Anthem and Bowerbirds
www.myspace.com/gaberdine 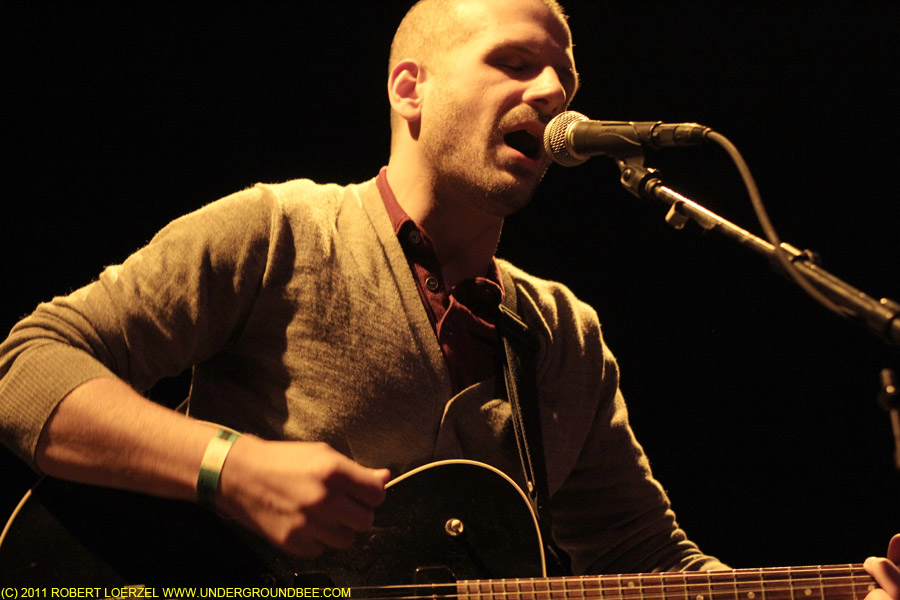 One Reply to “Low at Lincoln Hall”