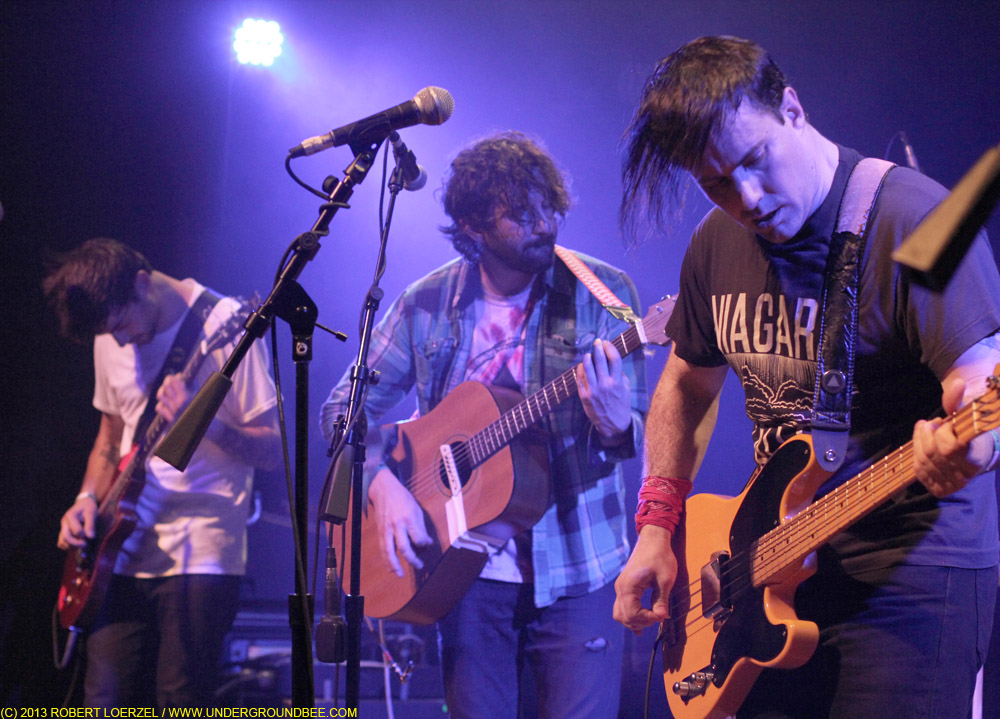 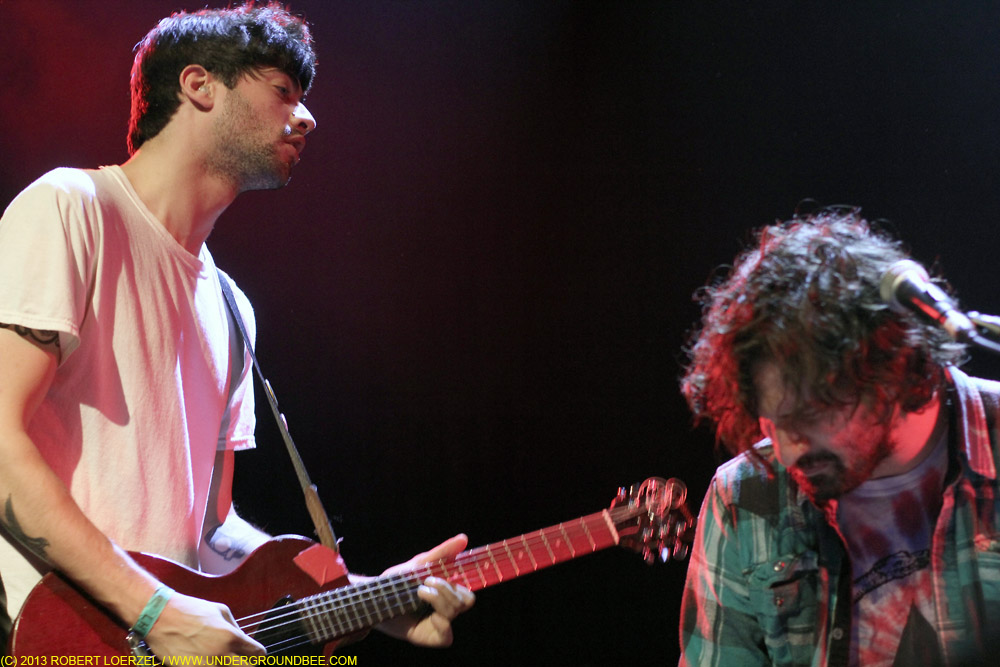 After getting their concert last night at Lincoln Hall off to a strong start, The Men came to a screeching halt because of technical difficulties. One of the Brooklyn group’s members, Mark Perro, was playing a vintage keyboard — an instrument the band has apparently been using a lot lately — when it suddenly conked out on him. Or maybe it was the amp. In any case, the thing stopped making any sounds recognizable as music. Perro left the stage for a bit, while the rest of the band played a couple of songs. Then he returned, abandoning his malfunctioning keyboard and picking up an acoustic guitar.

The Men scrambled their planned set list, playing songs that they could do without the keyboard. They ended up playing several brand-new songs — songs even newer than The Men’s latest record, New Moon, which just came out last month. In spite of everything, The Men put on a thrilling performance of rock music reminiscent of the Replacements, with touches of roots rock and older classic rock. (The Faces, another appropriate reference point, were playing on Lincoln Hall’s speakers before The Men took the stage.) At one point, when I was standing in front of center stage, I heard what sounded like perfect stereo: two simultaneous and fantastic guitar solos, one on either end of the stage. This was clearly a band that knows how to play and has a good time doing it. 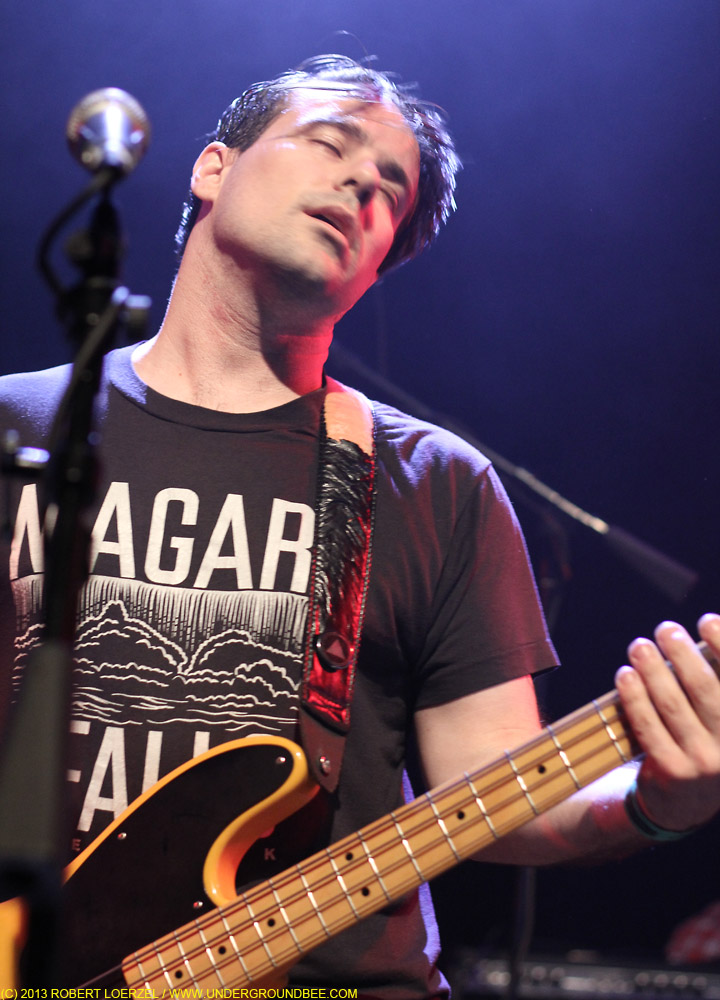 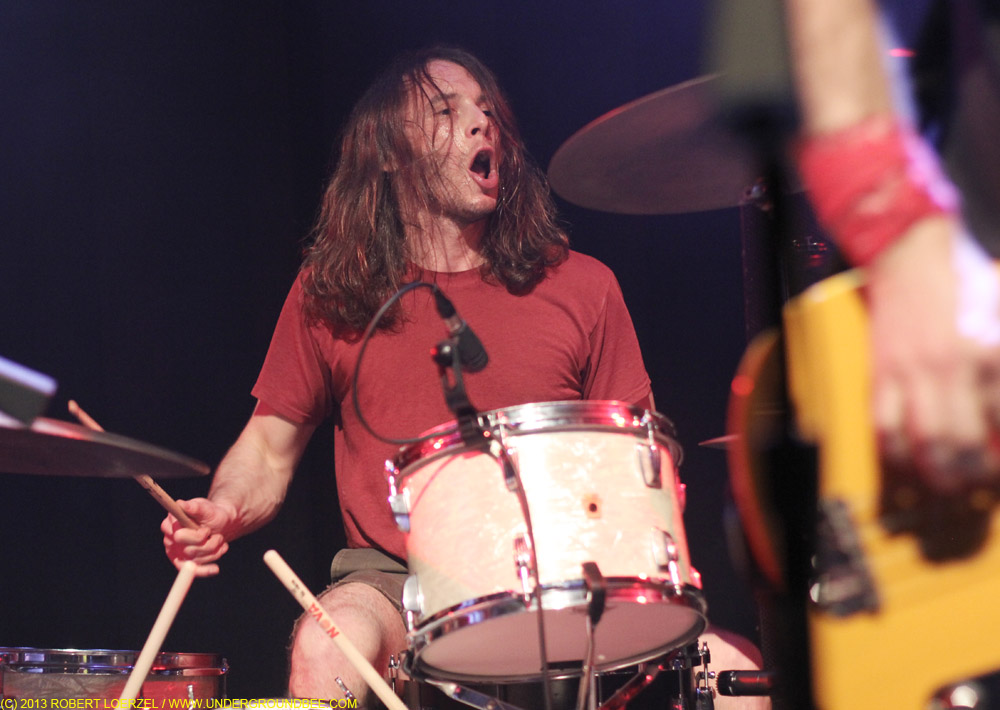 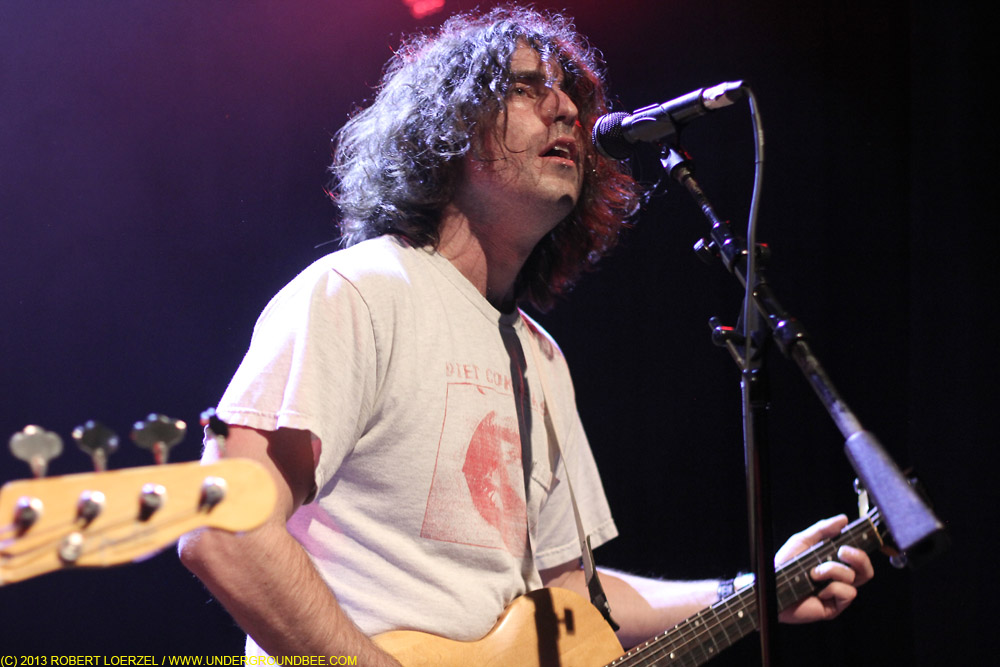 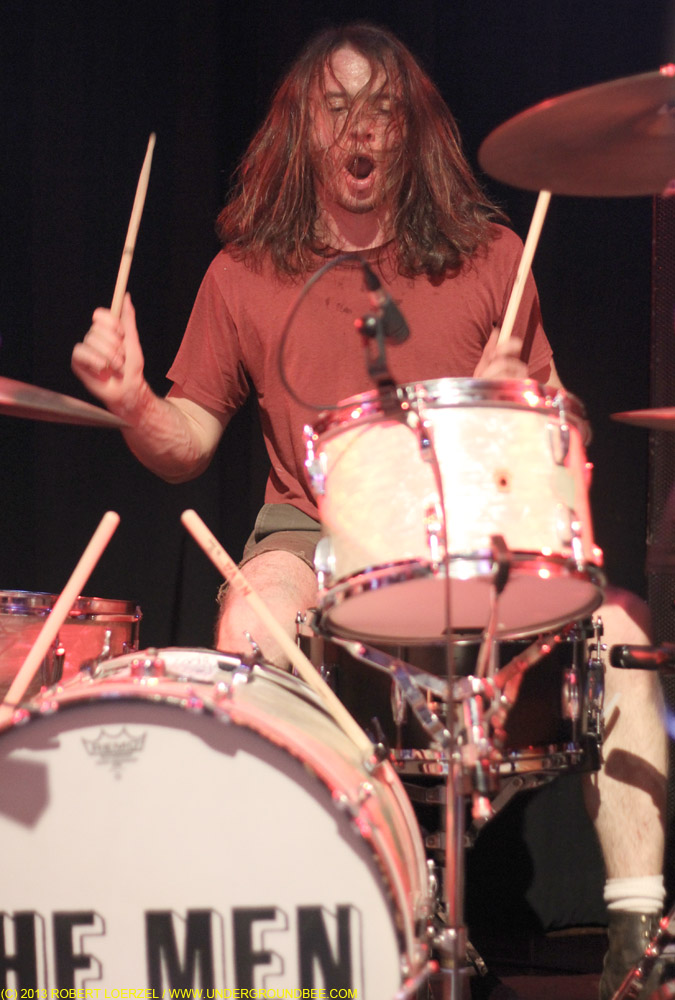 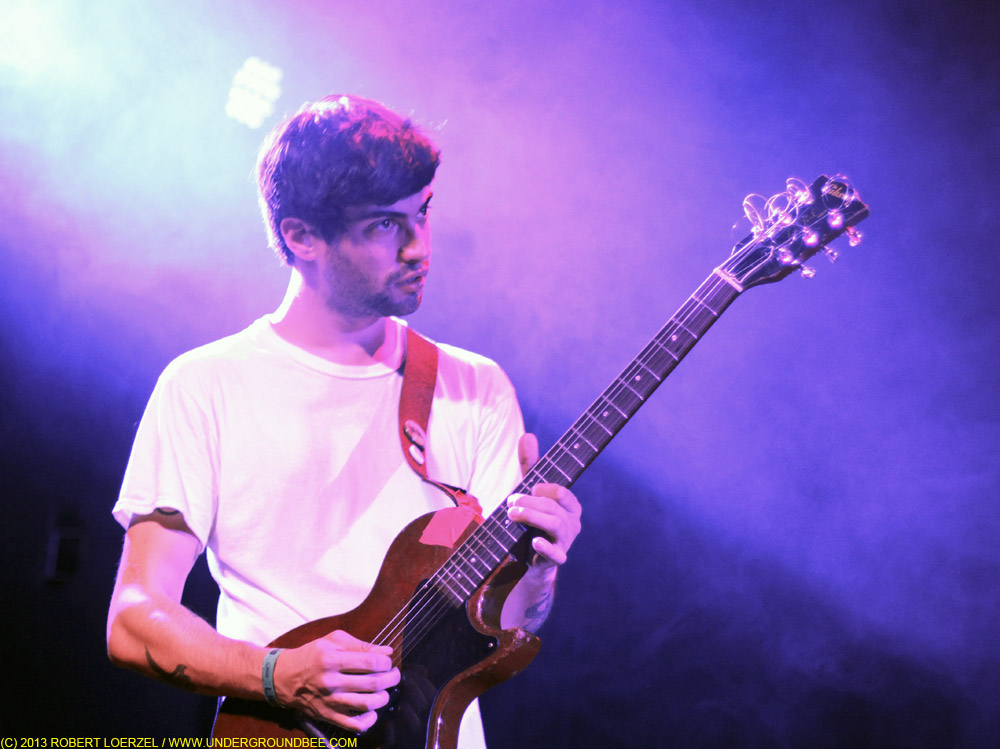 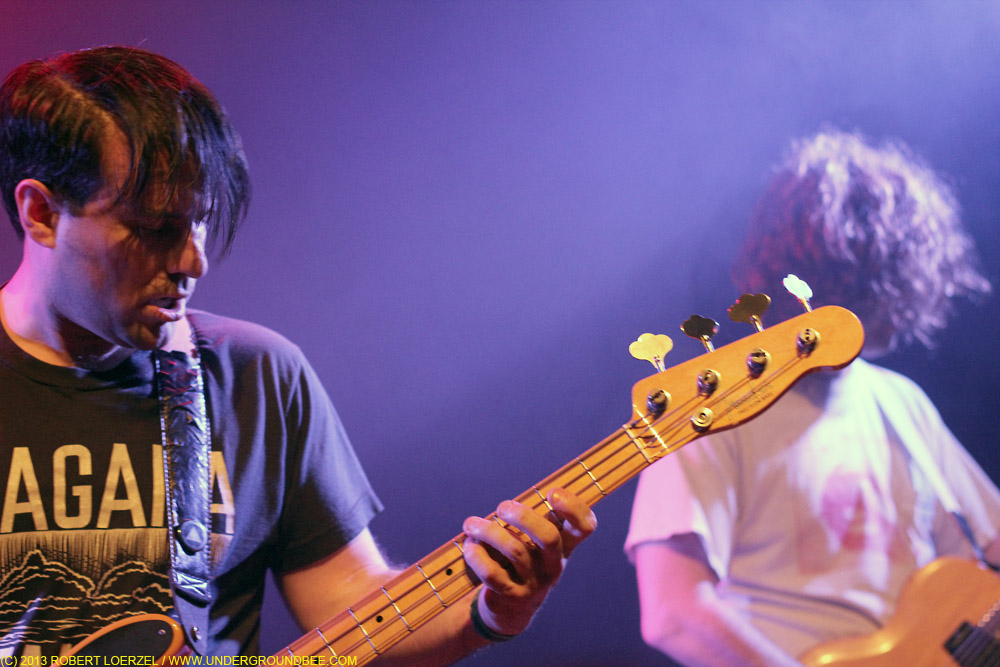 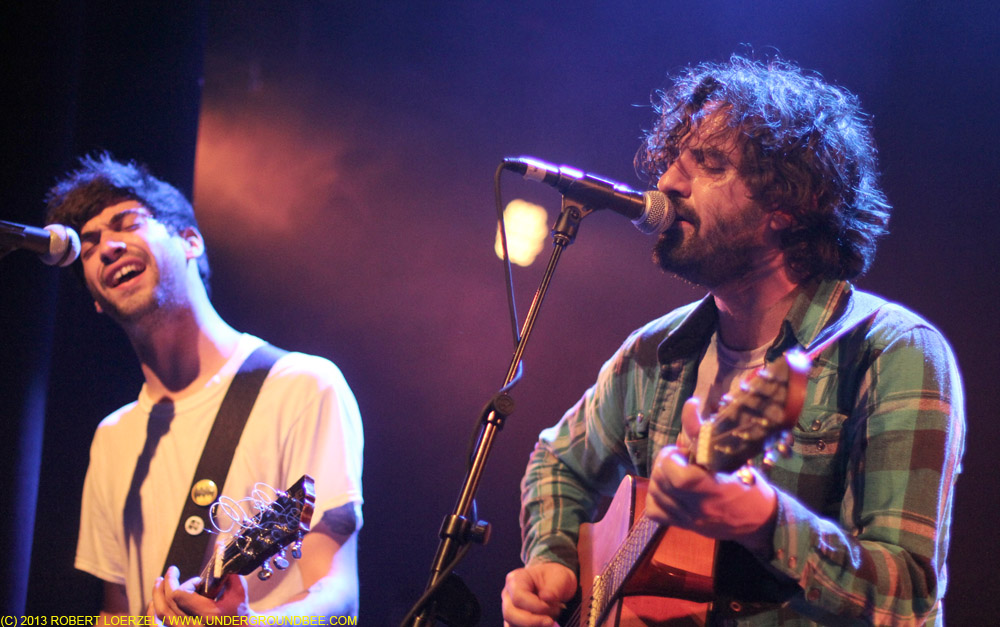