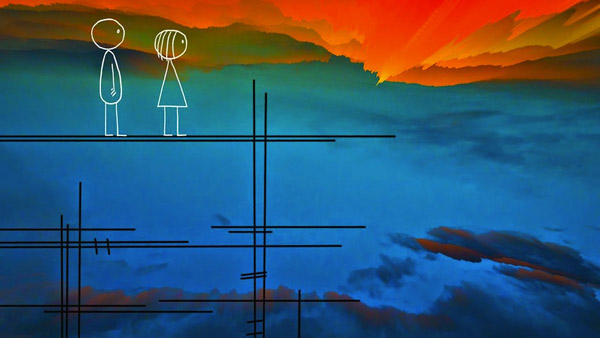 Yes, it’s a short film, so few people would put in the same category with the year’s best feature films. But independent American animator Don Hertzfeldt’s 17-minute masterpiece is the most original, affecting and memorable piece of cinema I saw all year. A science fiction story about cloning and time travel, it probes that eternal question of what it means to be human. One of the things that makes it so compelling is the voice of Hertzfeldt’s 4-year-old niece Winona Mae as the film’s present-day protagonist, who is conversing with a future cloned offspring of herself, who is voiced with mechanical stiffness by Julia Pott. The interaction between the innocent girl and her almost robotic döppelganger is charming and hilarious, even when the narrative about the human race’s future takes a decidedly dark turn. Hertzfeldt’s artwork places seemingly crude stick figures into a landscape of geometric shapes, deftly showing just how much cartoon characters can communicate with the slightest movement of a dot or a line. It’s pure cinema.

2. The Look of Silence 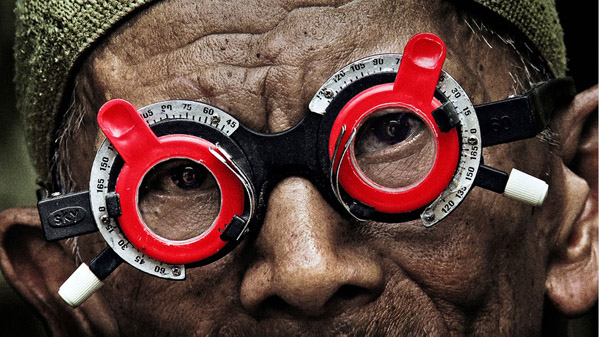 The American-born, Denmark-based director Joshua Oppenheimer’s previous film was The Act of Killing, an astonishing 2012 documentary about the legacy of the Indonesian government’s mass killings of suspected communists in 1965-66. The Look of Silence is a companion film taking a different angle on the same topic. It focuses on Adi Rukun, whose brother was killed, confronting some of the men who were responsible for the murders — facing them as Oppenheimer films the encounters. Rukun’s courage and patient determination to find answers are astounding to behold. 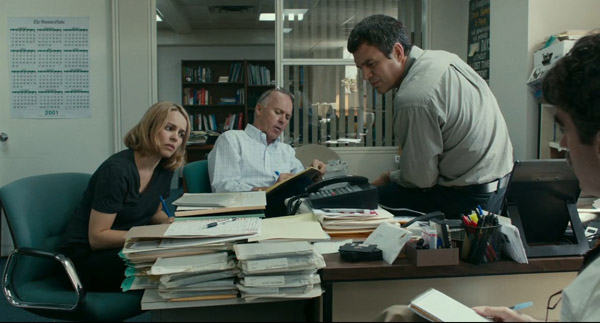 This is one of the best films ever made about journalism, ranking alongside classics such as All the President’s Men, as well as a stirring demonstration of the never-ending need to investigate powerful institutions. It succeeds so well because director Tom McCarthy and his outstanding ensemble tell the story with all of the complexity and nuance it deserves — like a well-reported and written work of long-form journalism. 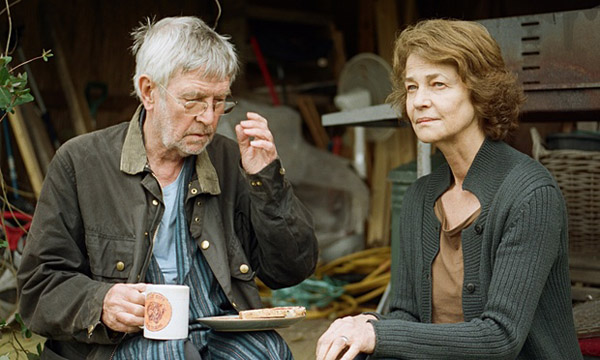 British director Andrew Haigh’s drama about a marriage unsettled by revelations from the distant past quietly builds to a heart-stopping final scene. Charlotte Rampling and Tom Courtenay seem utterly authentic as the troubled couple. Like the best actors, they give you the sense that their characters of years of untold history beneath the surfaces we see on the screen. 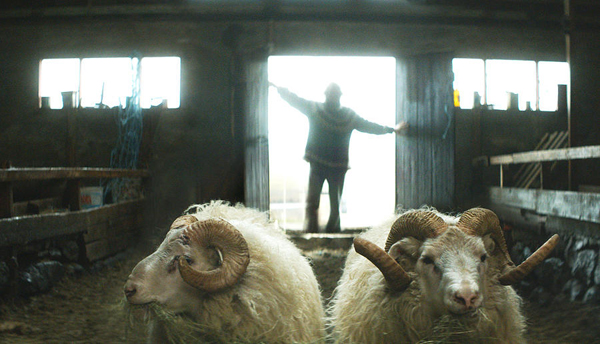 Director Grimur Hakonarson’s drama (which screened at the Chicago International Film Festival) feels quintessentially Icelandic — a story about an outbreak of a disease among the sheep in a remote area of the island nation. This agricultural crisis heightens the tensions in the rivalry between two brothers with adjacent farms, who haven’t spoken with each other in years. Told with black humor, it turns into an epic tale of human stubbornness. 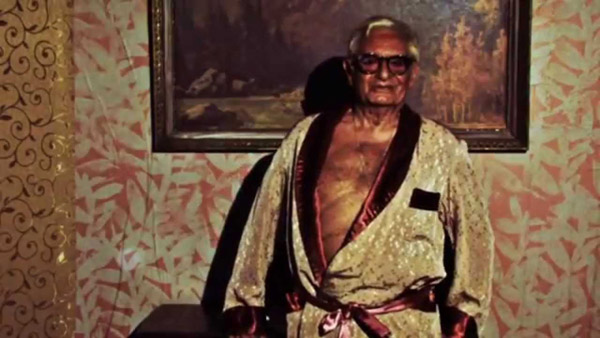 This is Canadian director Guy Maddin ’s Arabian Nights — or maybe it’s his Don Quixote or Saragossa Manuscript or Inception. Like those works, it’s a tapestry of interconnected and overlapping stories. Maddin continues exploring and expanding his trademark style, which stitches together elements of archaic cinema, making one of his deepest films. It’s a nightmare in which you keep thinking you’re waking up, only to discover that you’re in another nightmare. 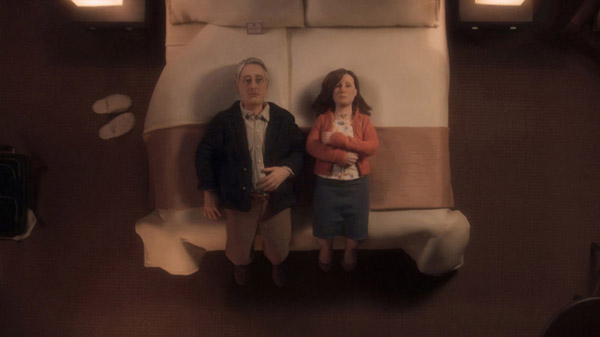 The puppets in this stop-motion animated film by Charlie Kaufman and Duke Johnson look almost like actual human beings — but not quite, thanks in part to some noticeable seams in their foam faces. Those seams add to the film’s unsettling, dreamlike mood, along with the fact that one actor (Tom Noonan) provides the voices for every character in the film other than the protagonist (David Thewlis) and a woman he meets in a Cincinnati hotel (Jennifer Jason Leigh). It’s a strange movie that makes you think about the way you connect with — or fail to connect with — other people.

8. A Pigeon Sat on Branch Reflecting on Existence 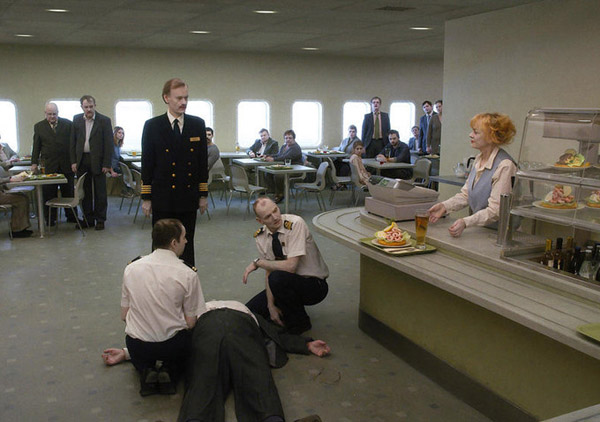 This is the third in what is reportedly a trilogy of films by Swedish director Roy Andersson. Like his previous movies Songs from the Second Floor (2000) and You, the Living (2007), it consists of surreal and humorous vignettes. This latest installment pushes the absurdity to even darker extremes, climaxing with some profoundly disturbing scenes showing humanity’s tendencies toward acts of inhumanity.

9. What We Do in the Shadows 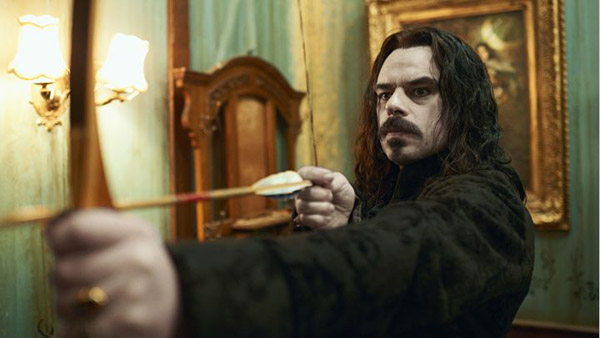 The premise — a spoof of a reality-TV-style documentary about vampires — may sound unpromising. This sort of satire tends to be dumb and predictable. But a cast of New Zealand comics led by Jemaine Clement and Taika Waititi finds rich material in the concept, hitting all the right notes. It’s quite simply hilarious. 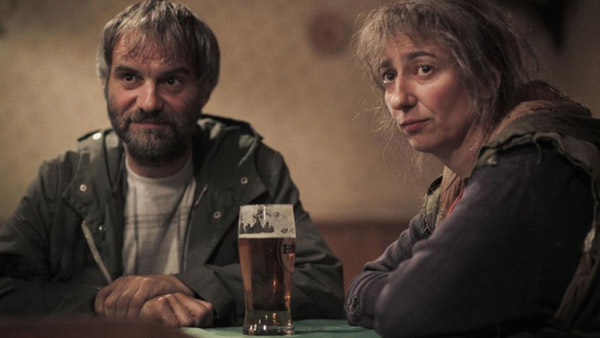 Czech director Miroslav Krobot’s darkly humorous portrait of life in a rural village was one of the best movies at the Gene Siskel Film Center’s European Union Film Festival. Krobot reportedly cited Joel and Ethan Coen as one of his influences, and this tale of sexual affairs, murder and mayhem does feel a bit like an Eastern European cousin of a Coen brothers movie.