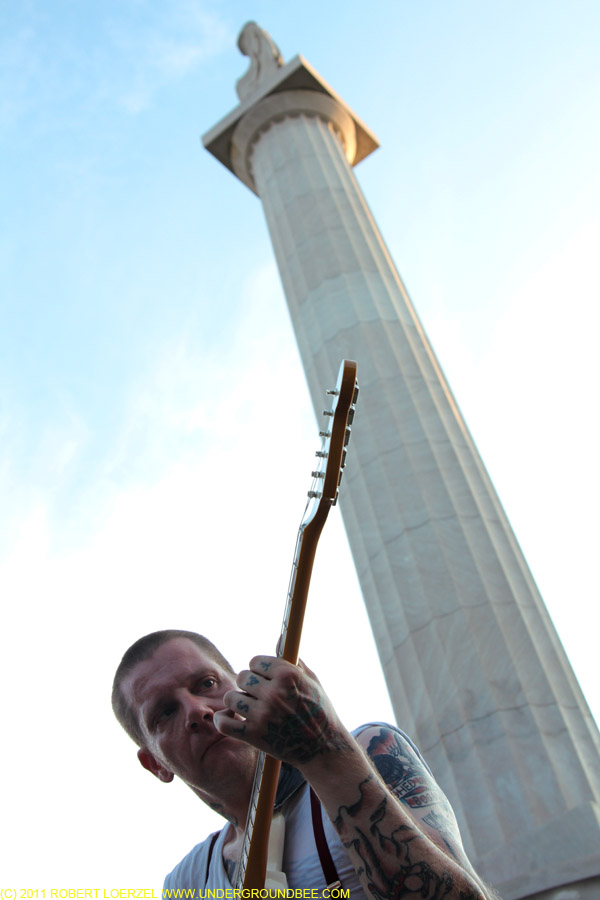 As I said last month, the Illinois Centennial Monument in Logan Square is a pretty cool place to see a concert. The Empty Bottle’s series of free concerts at this lovely little picnic spot continued Sunday (July 24) with the great psychedelic garage rock band, Thee Oh Sees. Like last year’s show at Lincoln Hall, this one featured one catchy riff after another as well as some longer jams — and this time, the band had two drummers. The band played right in front of Logan Square’s tall monument with the eagle on top, and fans climbed into every available space around Thee Oh Sees, dancing and singing along.
myspace.com/ohsees 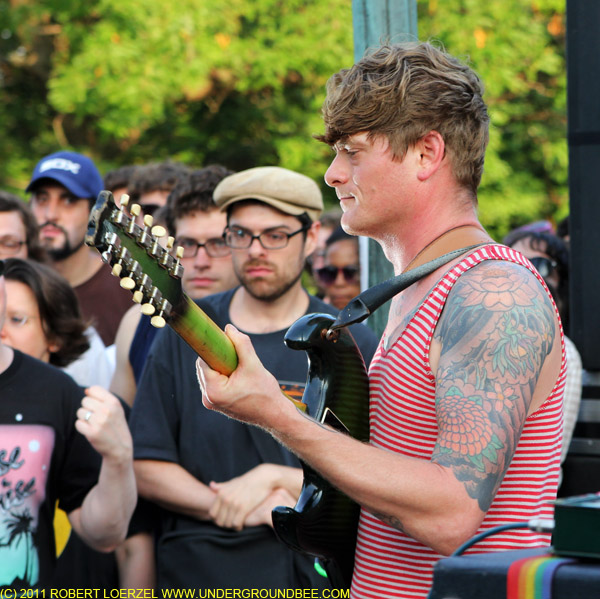 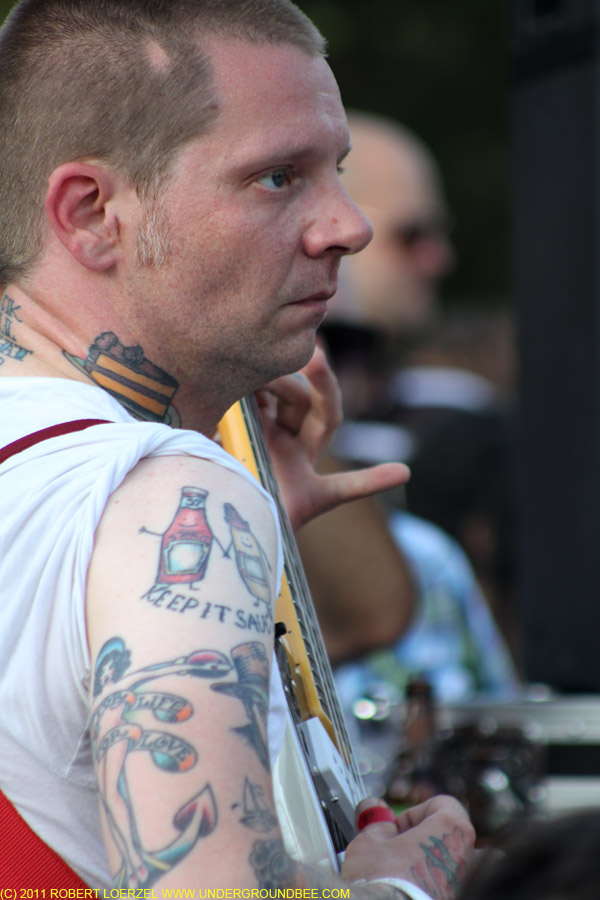 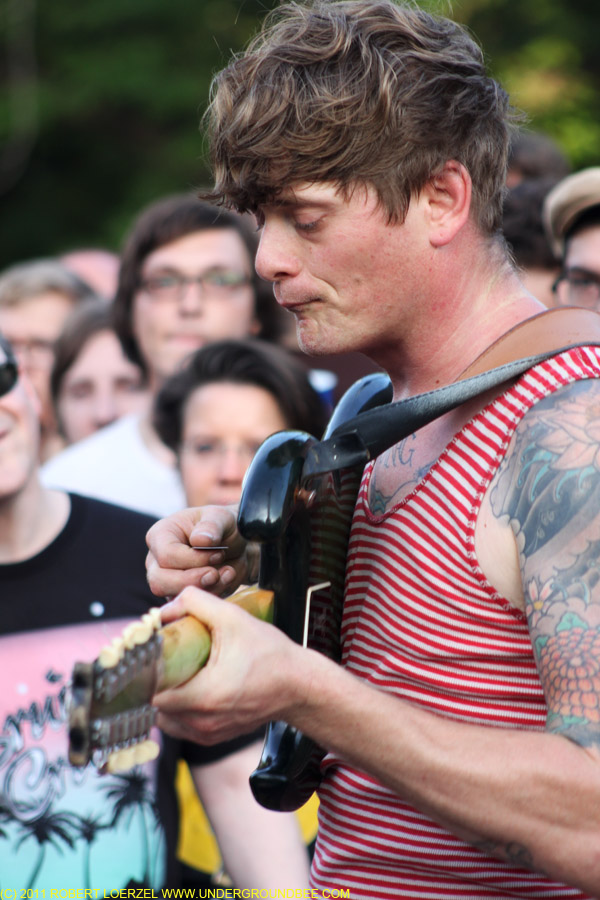 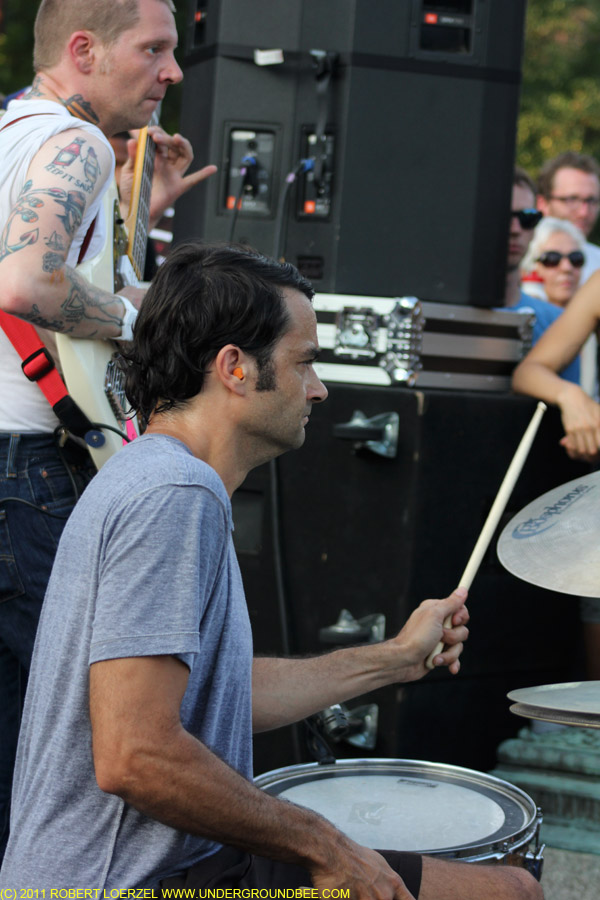 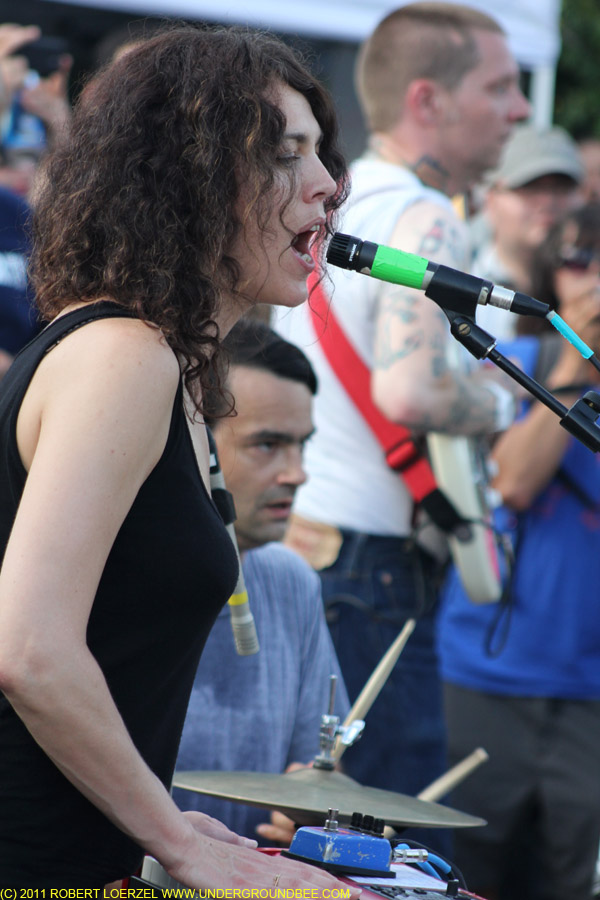 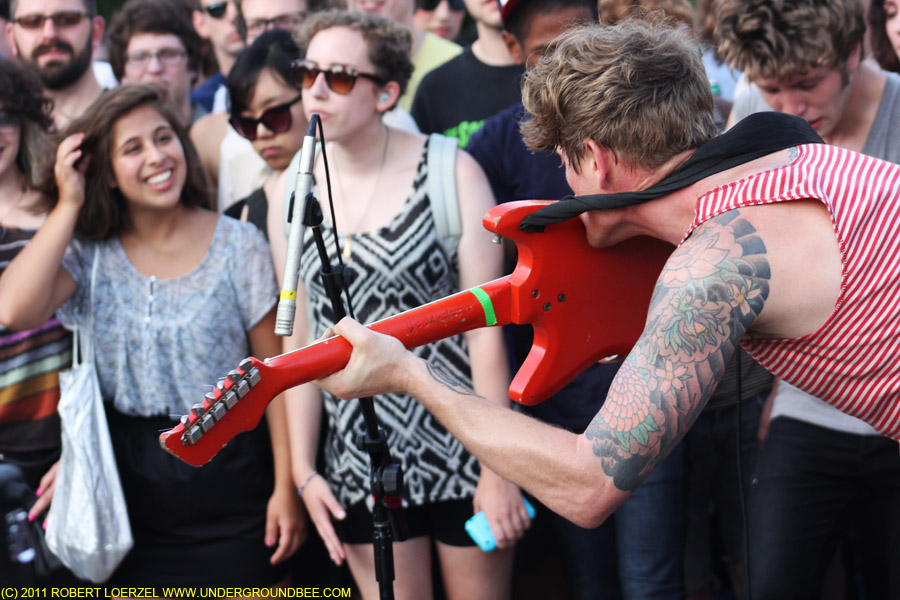 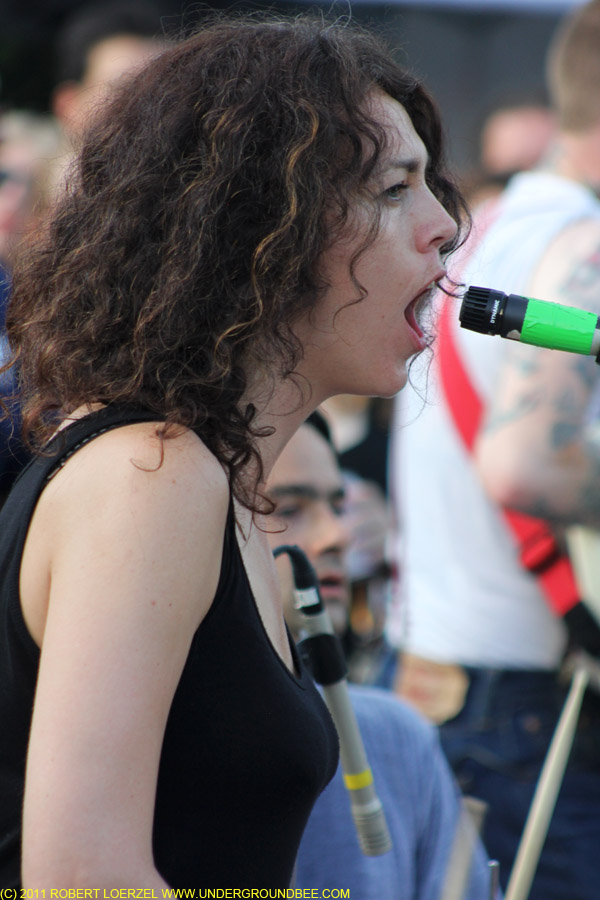 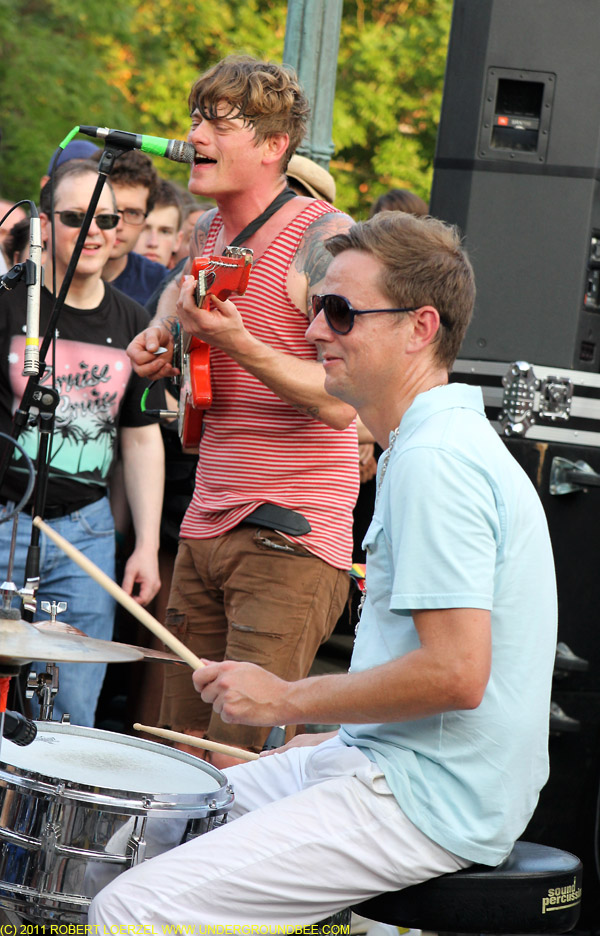 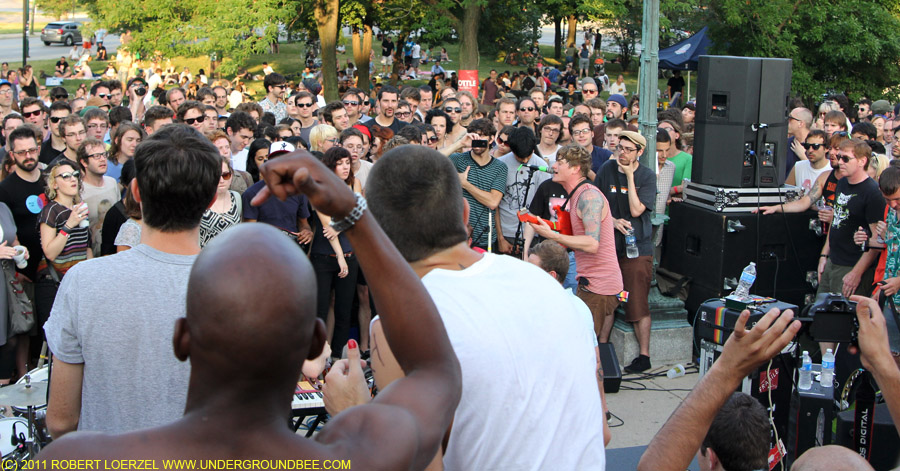 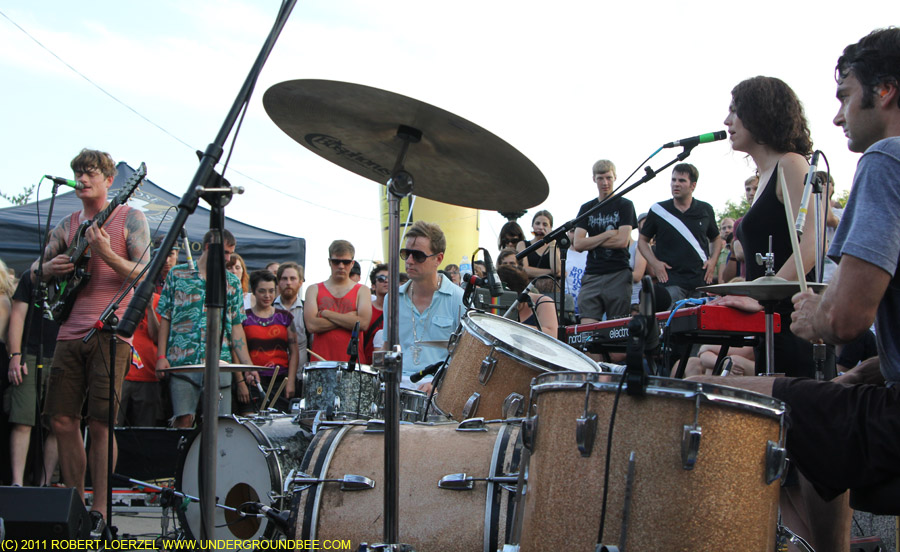 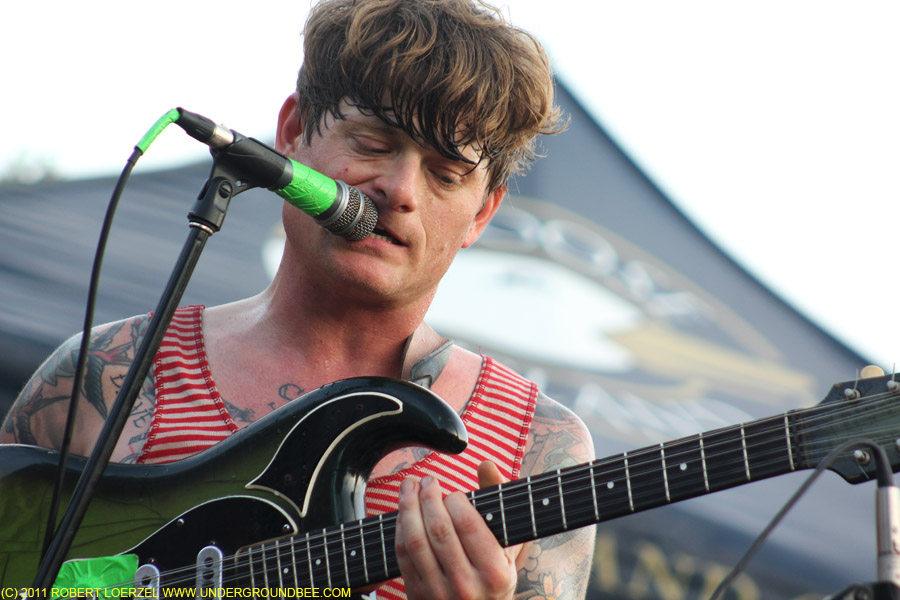 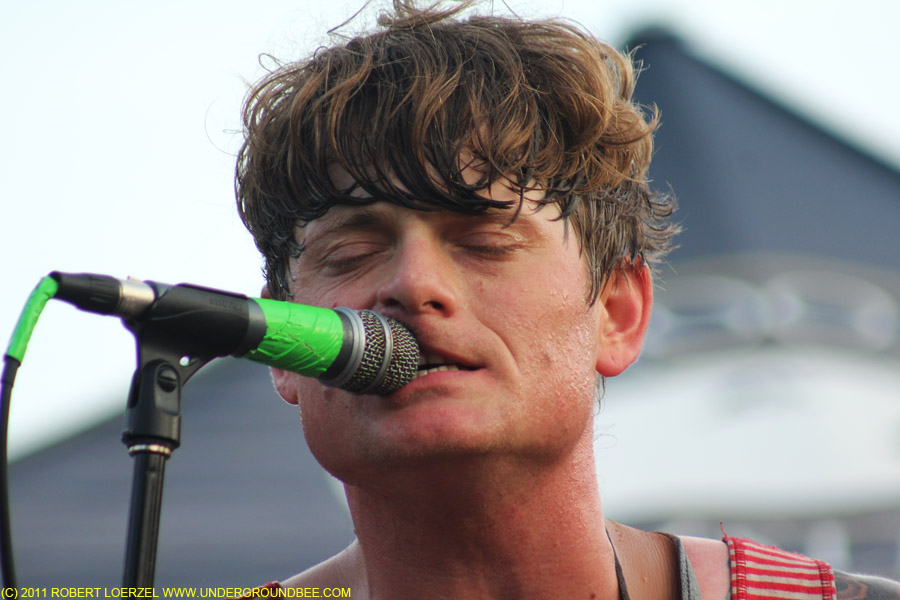 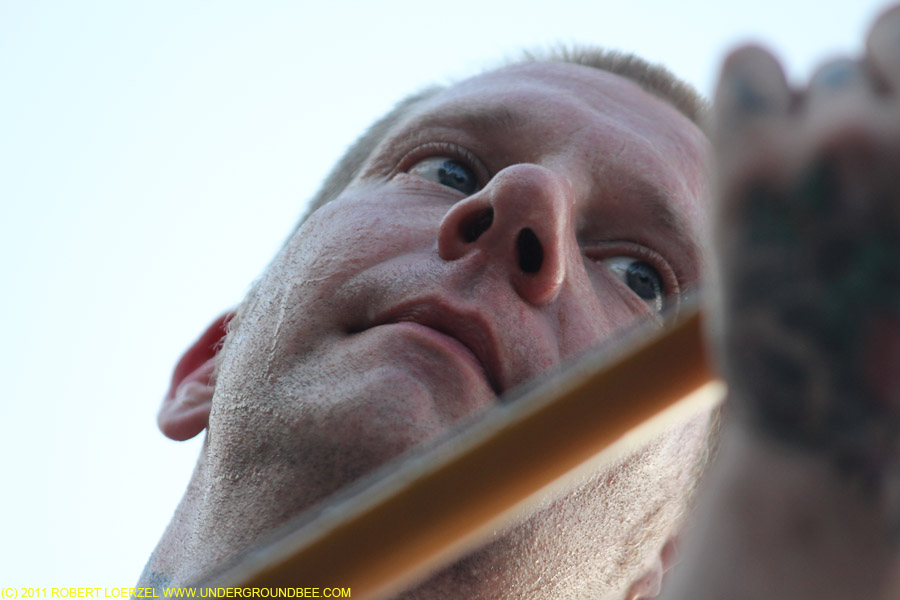 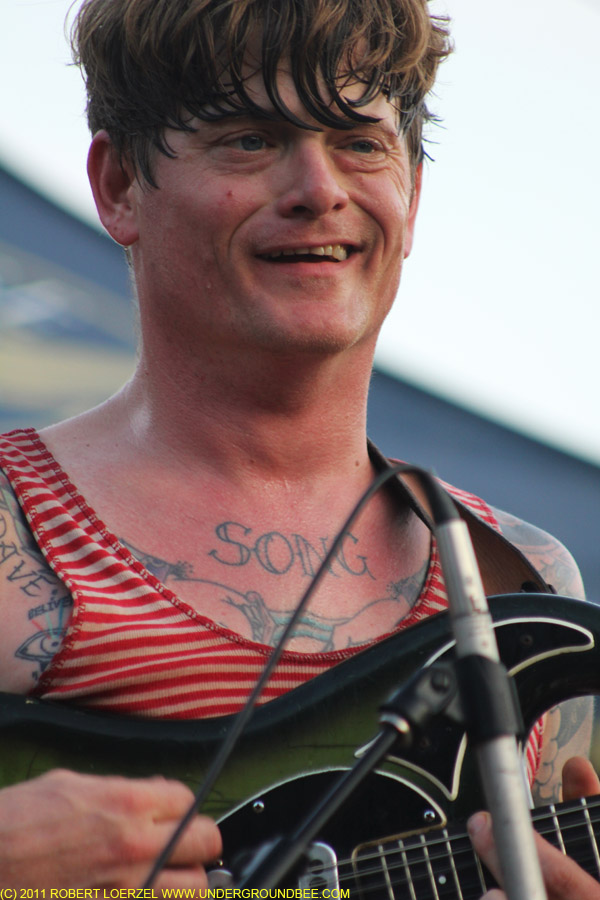 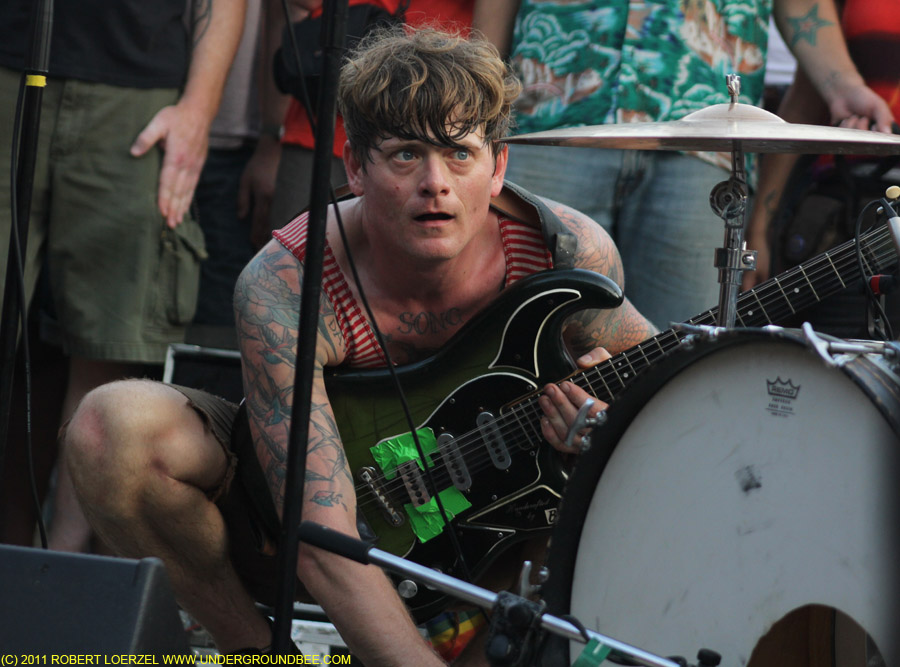 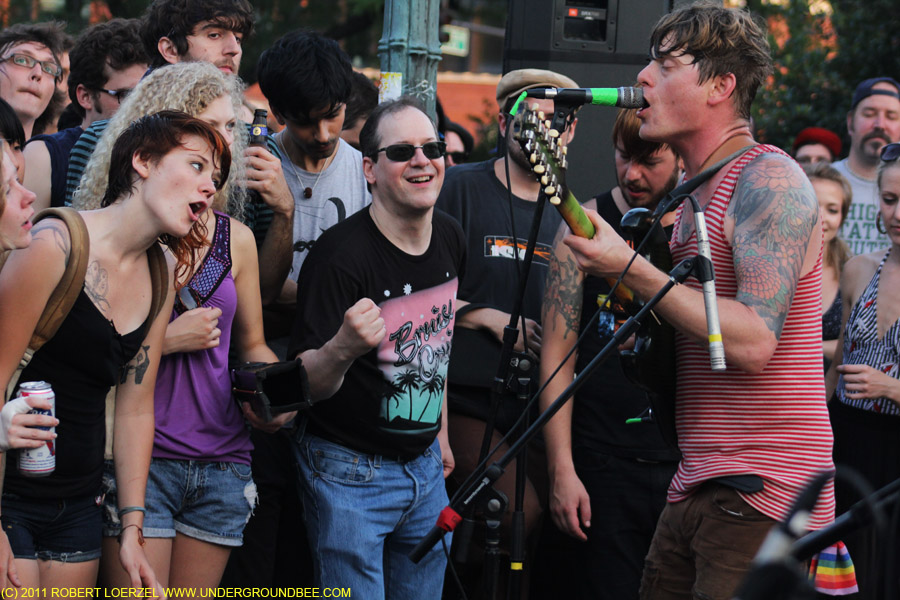 The well-chosen opening act was Chicago band Football, which includes members of various other local bands such as the Ponys, Baseball Furies, Hot Machines, Tight Phantomz, France Has the Bomb and A/V Murder. The guys were all wearing white Indian-style outfits (apparently purchased on Devon Avenue, if I heard right), and they sang indecipherable but head-bopping songs for 20 or 30 minutes, stomping and leaping with glee.
Football’s facebook page 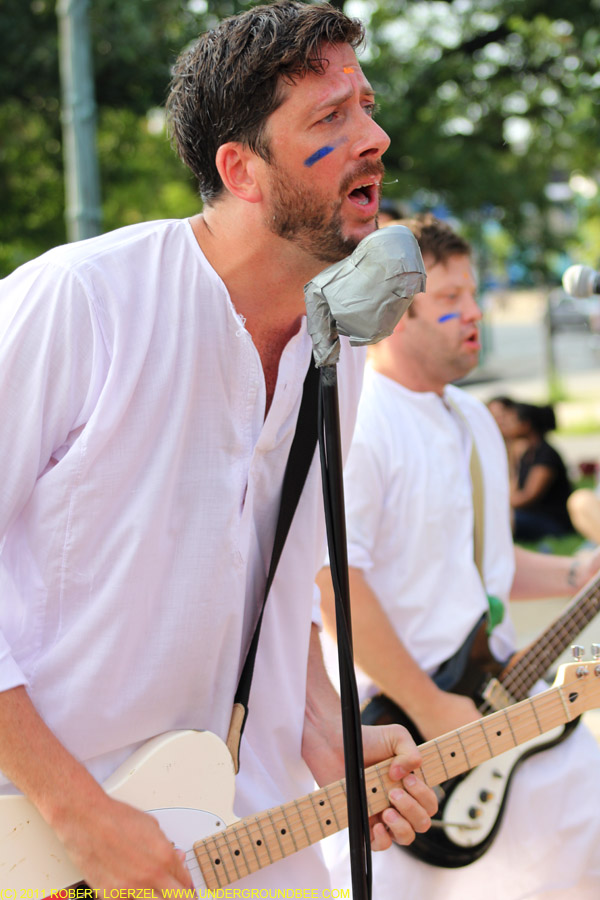 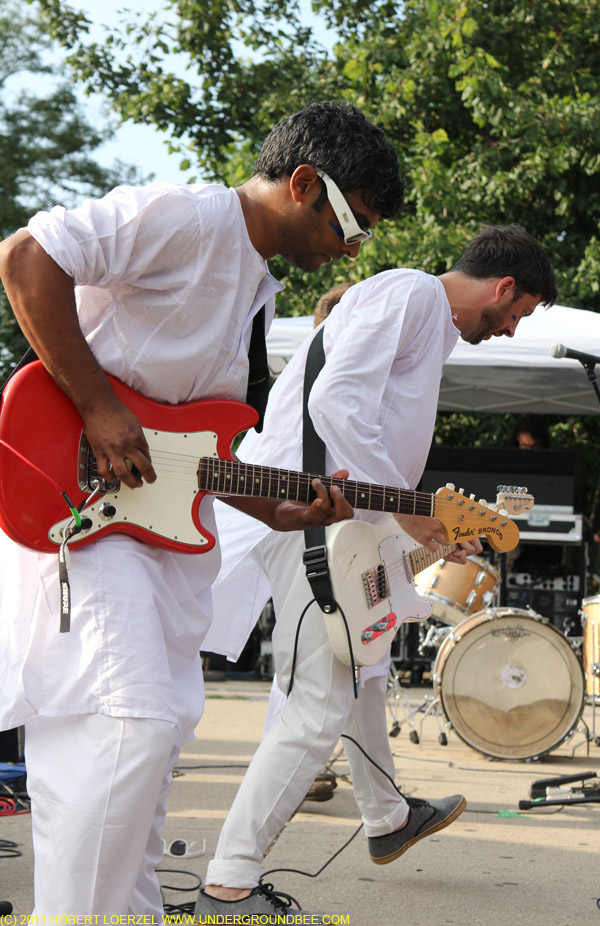 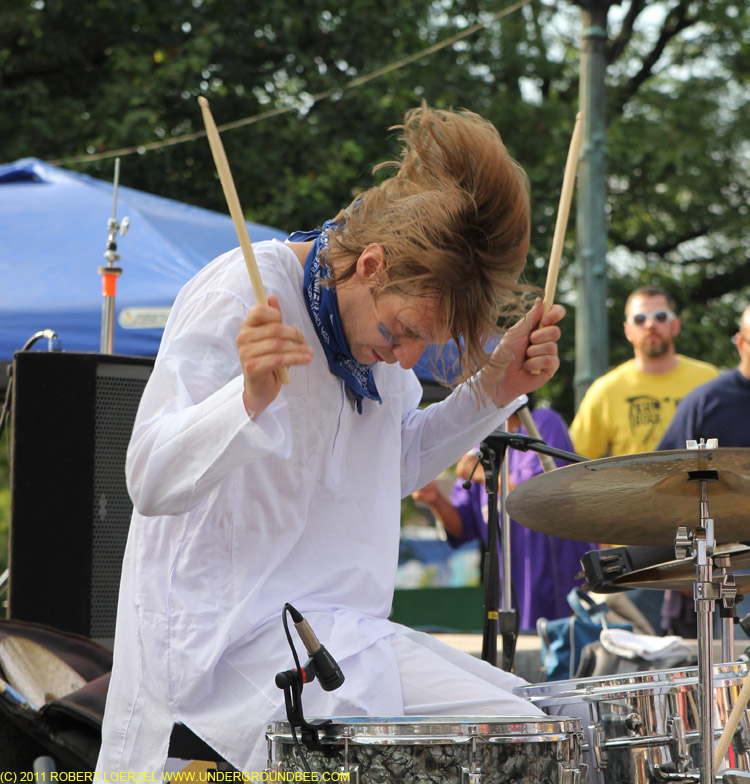 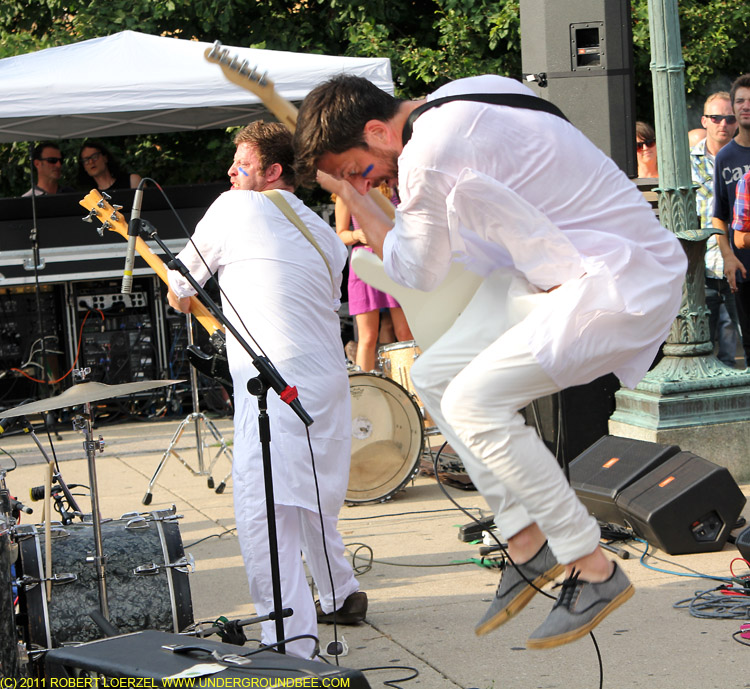 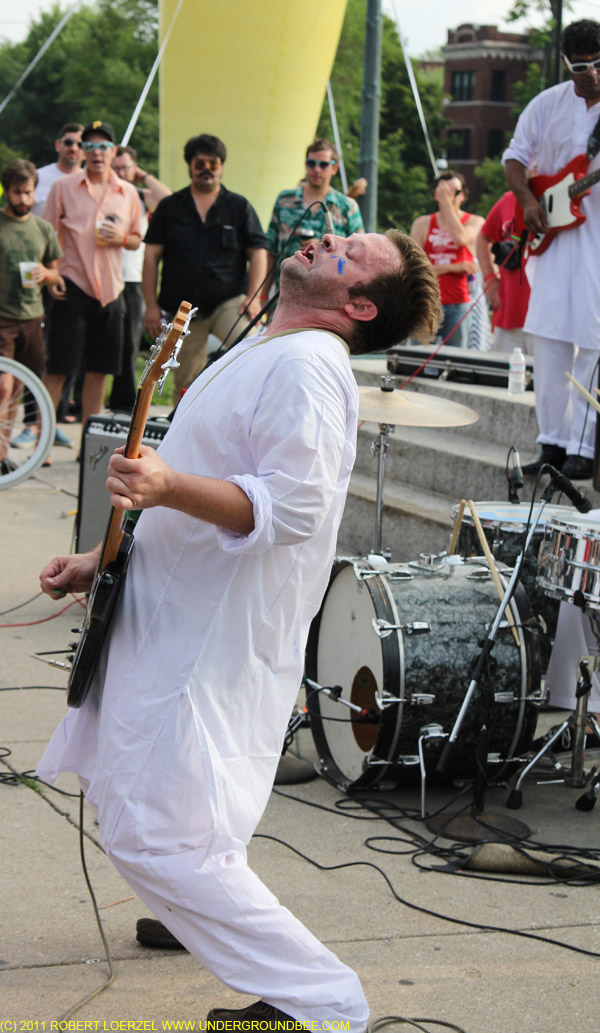 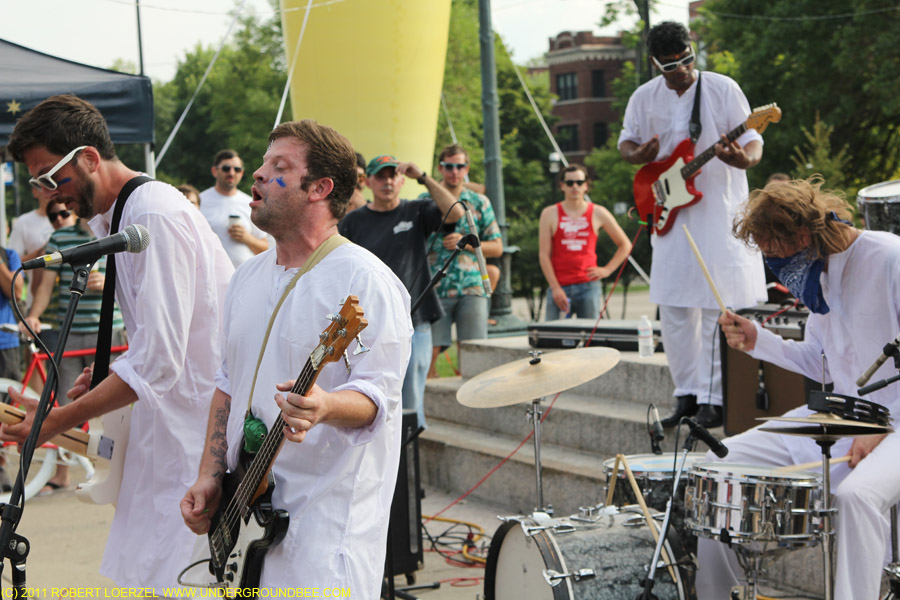 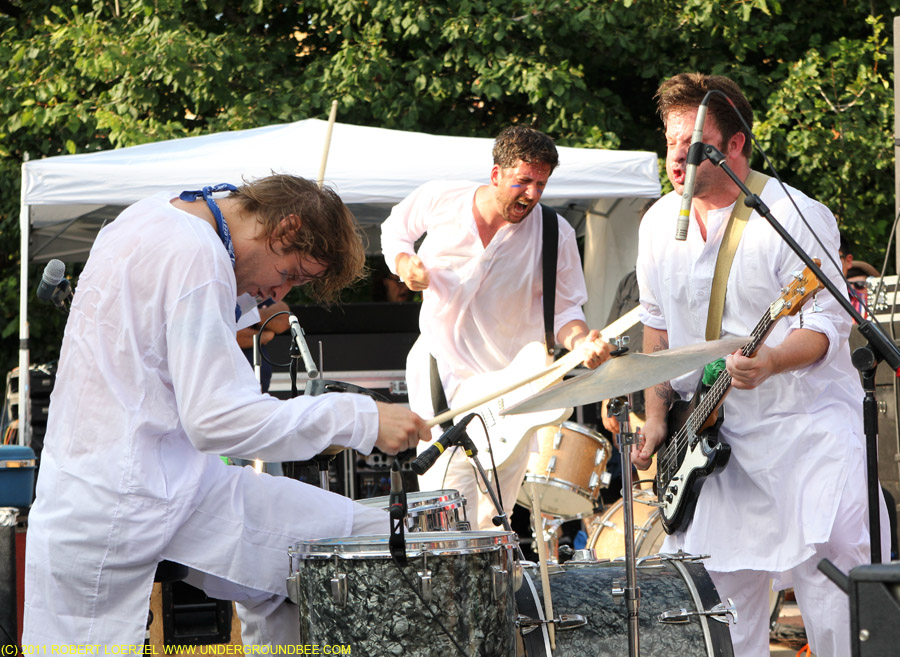 One Reply to “Thee Oh Sees at Logan Square”